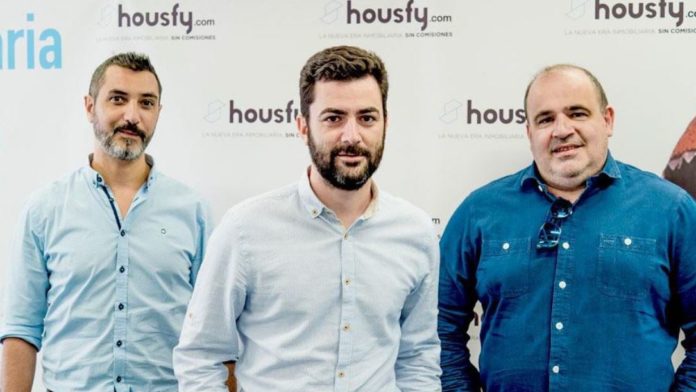 Barcelona-based Housfy is a home sales platform founded in 2017. Since launch, Housfy has sold more than 2,000 homes, and owns 5% of the market share in Madrid and Barcelona, ​​which places the company among the five best real estate agencies in Spain. We featured Housfy earlier this year as one of our 10 Spanish startups to look out for in 2019.

The proptech startup claims to sell flats through its platform in an average of just 60 days, at market price, and doesn’t charge a commission – just a flat rate of €3,990. After raising €6 million this May, the proptech is launching in its third country, Portugal, after Spain and Italy.

Housfy will operate in the metropolitan areas of Lisbon and Porto, where more than 100,000 homes are sold each year. Typical real estate commissions in Spain and Portugal are very similar; in Lisbon and Porto, the commission for home sales ranges between 3% and 6%. With Housfy’s platform, owners can expect to save up to €20k.

“The real estate market in Lisbon and Porto is very active, and Portuguese and Spanish consumers are similar,” said Albert Bosch, CEO and founder of Housfy. “These and more factors lead us to believe that the reception of our business model will be the same or even better than in Spain. In the first year, the objective is to reach 300 properties in our portfolio and close 100 transactions.”

The company’s brand name in Portugal will vary slightly from that of the parent company. As in Italy, for advertising reasons, the company will use the name Housefy and not Housfy.

Aside from its Spanish operations, Housfy currently operates in four international cities and their metropolitan areas: Milan, Rome, Lisbon, and Porto. In Q4 2019, the company plans to further expand into the Italian cities of Turin, Genoa, Bologna, Florence, and into a fourth market: France.

The entry to Portugal comes two months after Housfy closed a round of Series A financing worth €6 million in May 2019, co-led by DN Capital, Torch Capital, Seaya Ventures and Cathay Capital. The company employs over 100 workers at its Barcelona headquarters.

Mary Loritz
Mary served as Head of Content at EU-Startups.com from November 2018 until November 2019. She is an experienced journalist and researcher covering tech and business topics.
RELATED ARTICLES
Italy-Startups