Avail Technologies, a recruitment startup for drivers, moves ahead with €385k 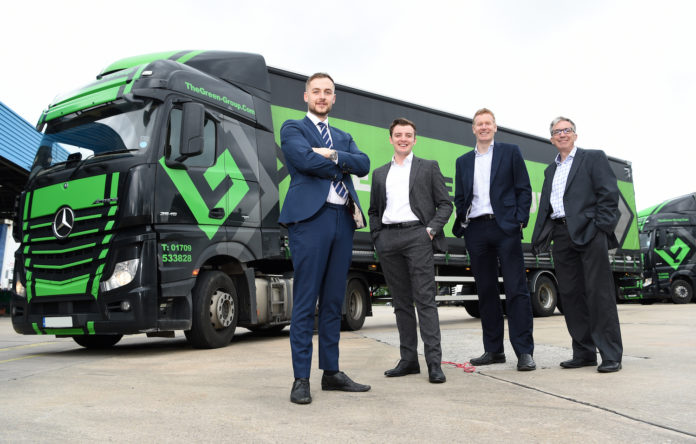 Manchester-based Avail Technologies wants to revolutionize the transportation industry by finding a better way to match drivers and shippers. Founded in 2017, the startup has just raised a €385k funding round led by NPIF – Mercia Equity Finance, which is managed by Mercia and part of the Northern Powerhouse Investment Fund.

Avail removes the need for traditional recruitment agencies for short-term contracts, allowing drivers to earn more and hauliers to reduce costs. The funding will enable the company to further develop its platform and app to create more functionality for users.

Avail’s co-founder Erin Short was previously a logistics specialist with the British Army but was medically discharged after being injured. He went on to complete a business management degree while working part-time as an HGV driver, before joining forces with fellow logistics manager Callum Clark to launch Avail in June last year. The company, which is based in Hull, has already signed up over 1,000 drivers and its first haulage client, the Rotherham-based Green Group.

“The haulage industry is built on hard work from everyone involved and Avail has been designed to alleviate some of the pressure that comes with that,” said Erin Short, CEO. “We are grateful for the opportunity to work with The Green Group, renowned as one of the most forward thinking and respected operations in the industry, and for this latest investment which will allow us to further develop our platform and challenge how the industry currently works.”

“Demand for temporary HGV drivers has increased significantly in recent years but the use of traditional agencies can be time-consuming and costly for the company and effectively reduces pay for the drivers,” said Simon Crabtree, Investment Manager at Mercia. “Avail’s technology bridges the gap and aims to bring the system into the 21st century. The funding will allow it to fully develop the marketplace and will support the business through the next stage of its development.”

“Historically, funding options for businesses in the North have been scarce, which has stifled growth and innovation in the region,” said Mark Wilcockson, Senior Manager at British Business Bank. “NPIF is making real strides in reducing the regional funding gap between the North and the South, providing a variety of finance solutions that help businesses in the North realize their growth ambitions.”