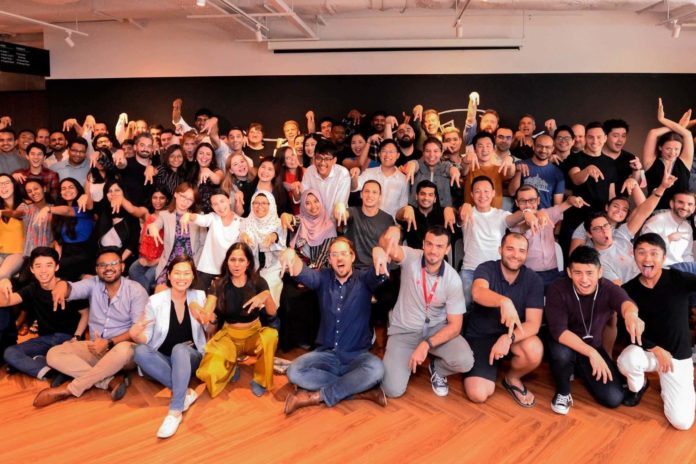 In June, we announced that 13 Nordic startups had received a total of €1.26 million in funding from Antler VC through it’s Stockholm programme. But that’s just the tip of the iceberg for this global VC. Antler’s goal is to generate a total of 100 to 150 new startups around the world by the end of the year.

Since the end of 2018, the startup generator and early-stage VC has invested €5.4 million into launching 44 global startups. After receiving 13,000 applications for its programme, Antler selected over 450 individuals to participate and become startup founders.

Since launching its first program in Singapore in 2018, Antler has expanded to eight locations, including Stockholm, New York, London, Amsterdam, Oslo, Sydney, Nairobi, and Addis Ababa. Two programmes take place annually in each city, and in the first phase successful startups receive $100k to $150k in funding from Antler for a minority equity stake. Startups leverage Antler’s global platform to expand and easily scale into other markets.

“In just six months, Antler has enabled hundreds of entrepreneurs from diverse backgrounds to create outstanding companies that are already positively impacting global and local economies with the next wave of technology,” said Magnus Grimeland, founder and CEO of Antler. “What can take a young startup months and years to accomplish in a new market we can accelerate significantly with our experienced team and advisers. We are well on our way to becoming the number one platform for entrepreneurs globally by becoming a truly global company ourselves, however, our journey is only just beginning.”

Antler’s successful startups now operate across 15 different industries including fintech, spacetech, robotics, and health tech. Here are some exciting examples of the startup’s Antler has funded so far:

One of Antler’s key missions is to break the barriers to entrepreneurship. Antler’s founders range from Cambridge graduates to self-made geniuses because, rather than focusing on individuals’ backgrounds, the team looks for applicants with spike, inner-drive and grit.  With programmes operating across five continents, Antler has already attracted an incredibly diverse range of people, with founding teams comprising over 50 nationalities. The recruitment process has also generated strong female representation, particularly in the first European programme where 64% of the entrepreneurs presenting at the local demo day in June 2019 were women.

“In just three months, the Antler program has enabled Shamba to put together a team working across three continents by providing invaluable advice and pre-seed investment to our company in its early stages,” said Michael Wallis-Brown, founder and CEO of Shamba, a startup that is fighting world hunger by optimizing farming in Africa. “We simply could not have launched our platform in Kenya without the support of the Antler teams in Stockholm and Nairobi, under the guidance of the Antler Global team. With this support, together with introductions to key investors both in Europe and Kenya, we are set to grow exponentially, working collaboratively with local farmers to solve inequality and hunger on the African continent.”