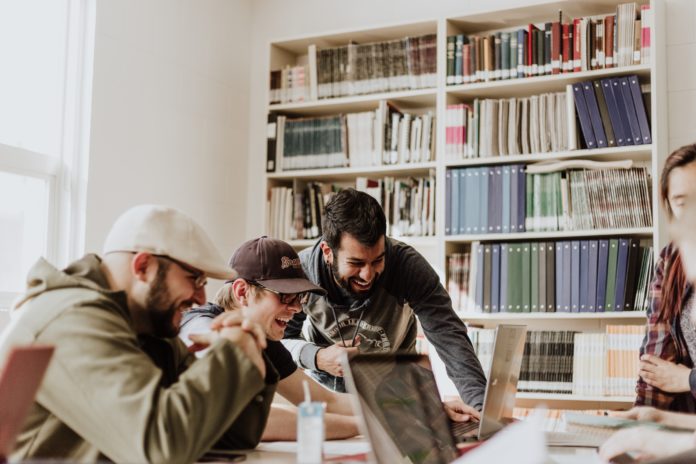 Well-being isn’t just important; it’s crucial, as you can not be a good boss or employee without first taking care of yourself. And we’re not the only ones, more and more companies are learning that healthier employees are also happier and more productive.

But as companies try to improve productivity, they are not just overworking employees, but also failing to recognize that time spent recharging metal and physical energy counts as productive time. According to different reports, companies are facing an employee burnout crisis which is costing companies and the European health-care system €100+ billion per year.

Burnout is becoming an epidemic, and ‘burnout syndrome’ is acknowledged as an occupational disease. Check out our interview with Madeleine Evans, outlining the factors that lead to job burnout, and what we can do to achieve well-being in the workplace and flourish as a company manager or employee.

The excessive hard work habit is already bad enough in the European Union that there is now legislation in place to limit the number of hours employees can be expected to work and require all companies to track their employees’ working hours. The new rules are also in place to stop millions of work hours going unpaid each month. And it doesn’t have to be a cumbersome measure given the technology available today, so it may actually be a good idea.

A large proportion of the population in Europe is not satisfied with the way work and family duties are combined, with high levels of stress, tension, and burnout. Most employees don’t even feel like they have time to look after their well-being, many are reluctant to take a rest or break for fear of letting their company down, and some employees even feel guilty for taking a lunch break. On top of that, employees often receive emails outside of work hours, suggesting an ‘always on’ mentality which contributes to the mounting health issues experienced by companies of all sizes.

Clearly the intensity of knowledge and output-based work, in which workers pull long hours which are mentally and emotionally exhausting, eventually takes a toll if the employees don’t stop and do something intentional to change or adapt to the pace. Still, most businesses don’t have a health and well-being strategy in place. As a result, several wellness companies have emerged offering an array of different services and approaches.

There are many options available to improve employee well-being, we’ve compiled some of the most impressive wellness companies in the continent, including some with long reach, with fantastic solutions, some promising ones and some already with a track record of great success.

In no particular order, below are 10 startups making it easy for employees to live a healthier lifestyle and make working at their companies even more fun.

Levell is a startup that creates well-being management tools for people, companies, and teams. The platform provides practical tools for employees to help them prevent their own burnout, and to employers the insights to build a happier and more productive workforce. In an interview with Levell’s CEO, Madeleine Evans, she talks in detail about the origins of the startup, its offerings, as well as different wellbeing strategies.

Bluecall is a Stockholm-based startup providing a mobile marketplace for anonymous counselling. The app connects people in need off conversational support with people who can offer it, directly over a phone call.  Primarily offered to employers so they can create the right conditions for their employees to increase wellbeing. Bluecall was founded in 2016 and has raised a total of $686K in funding over 4 rounds, and it’s regarded as one of 10 European startups revolutionizing mental health.

The Holistic Concept – Founded in 2017, Madrid-based The Holistic Concept is an app that supports and enhances stress management at the workplace.  Spain’s renowned co-founders Carla Sánchez and Marta Sánchez-Moreno are behind the app’s programs, which combines content that merges techniques from various disciplines with proven scientific and psycho-physical benefits such as yoga, pilates and mindfulness in simple exercises suitable for everyone. The Holistic Concept raised a seed round of funding in 2018 to launch its app, develop more than 100 pieces of content and 16 different programs, and to make a bang in Spain, Mexico, and Colombia. The company plans to raise a Series A round in 2019 to continue with its expansion and to grow its team.

Timely App – Memory is a startup out of Norway founded by Mathias Mikkelsen, and maker of the time tracking app Timely. Memory is applying AI and digital technology to create various tools to help solve “the abuses of time” that workers typically face in the modern workplace. Memory has raised a total $6 million and is currently used by more than 4,000 paying businesses across 160 countries.

Fika – In Sweden, Fika happens twice a day in the majority of workplaces. Fika is taking a break from work, having a cup of coffee or chatting to your colleague workers in a relaxed environment. Fika, the London-based startup, wants to encourage people to support the mental health of their peers, and themselves. The Fika App focuses on building up ‘emotional fitness’,  through reflection, talking, listening, asking questions, and connecting with other people. Fika was launched in 2018 and recently secured £800K in funding to expand and create partnerships with other businesses.

Tomo – Founded in 2016, Tomo is a community support app to help people with depression manage their condition. The app delivers proven therapeutic techniques in a social media format and that makes the members of the community healthier and happier.  Tomo’s con-founder Booth-Clibborn says, “the app pulls you in, reminds you that you have something you wanted to do at this time of day, and then it pushes you straight back out into the world again.” The London-based startup has raised £350k to date.

2DaysMood – Founded in 2015, this Utrecht-based startup provides an innovative, fun, and simple method to measure employee engagement and happiness at work. Their app sends an anonymous 15-second survey to employees, and links the collected data to a smart analysis platform which measures emotions, values, and motivations. The platform then instantly generates feedback to companies with measurements and advice for improving wellness and engagement. 2DaysMood has raised a total of €360k in a funding round received in July 2019.

Second Home is reinventing office life to make going to work a joy. The company owns and operates office spaces for entrepreneurs and creative businesses in London, Lisbon, and soon in Hollywood. The business sets itself apart in a crowded market by with a mix of members carefully balanced, actively building connections between its members and fostering a strong sense of community. With its headquarters in London, Second Home has raised a total of $60 million in funding over seven rounds and since it was founded in 2014.

Healthy Workers is an Dutch proptech startup which builds software to improve office workers’ happiness and productivity by making their working environments more comfortable. Healthy Workers’ software platform makes office buildings more intelligent using objective sensor-data as well as subjective data from employees. Its sensors measure things like the indoor climate and CO2 levels, while employees can share their opinion on their work environment and their well-being on the Healthy Workers’ app. They can, for example, share how they experience the facilities, whether they are able to concentrate, and if they have any physical problems. Healthy Workers raised €1.5 million in 2018, and has raised a total of €2 million since the company was founded in 2016.

How to know if your employees are truly committed/engaged

How to tackle mental health stigma in the workplace

Why burnout is everyone’s problem

10 employee perks and wellbeing exercises that are easy to incorporate