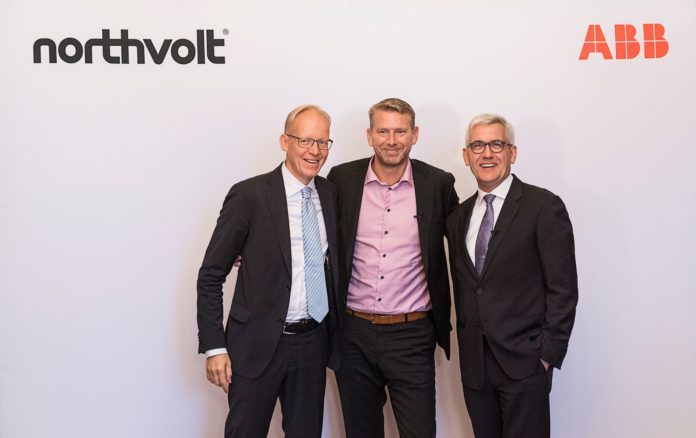 The future will require sustainable batteries to store renewable energy, and lots of them. Stockholm-based Northvolt has taken the lead, and has just announced a capital raise of €886 million to build Europe’s first gigafactory for lithium-ion battery cells, Northvolt Ett, in Skellefteå, Sweden. This comes just a month after securing a €350 million loan from the EIB for the project, and represents another milestone for Europe as a leader in renewable energy. It is also the largest equity round in a European startup since Softbank’s investment in the Swiss biotech Roivant Sciences in 2017.

The funding round was led by the Volkswagen Group and Goldman Sachs, alongside the BMW Group, AMF, Folksam Group and IMAS Foundation.

Northvolt was founded in 2016 with the mission to build the world’s greenest battery cell, recyclable and with a minimal carbon footprint, to facilitate Europe’s transition to renewable energy. The lithium-ion battery systems being developed by the company range from small to large – enough to power a car, a house, or entire grids – and use data to track customer field usage patterns and to continuously improve design, performance, and manufacturing.

“Today is not only a great milestone for Northvolt, it also marks a key moment for Europe that clearly shows that we are ready to compete in the coming wave of electrification, and that we will do so using battery cells which carry the lowest CO2 footprint possible,” said Peter Carlsson, co-founder and CEO of Northvolt.

Construction on the gigafactory in Skellefteå will begin this August, with large-scale production expected to begin in 2021. Northvolt Ett will serve as Northvolt’s primary production site, hosting active material preparation, cell assembly, and recycling. The gigafactory will be expanded to produce at least 32 GWh worth of energy capacity annually – roughly equivalent to 16x the energy output of the Hoover Dam, and about 10x more than America’s largest coal plant.

Now, in cooperation with Volkswagen, the company has also announced plans to establish a second gigafactory in Lower Saxony, Germany.

“Volkswagen is laying the groundwork at all levels for the successful implementation of its electrification strategy,” Dr. Stefan Sommer from Volkswagen. “With Northvolt, we have found a European partner whose know-how and sustainable, CO2 optimized battery cell production processes will enable us to advance cell production here in Germany. The prerequisite for this is, of course, the creation of the political framework.”

After entering a number of supply agreements, a significant share of the production volumes from Northvolt Ett has already been sold to key customers, amounting to a combined order value of over €11.5 billion through 2030.

“The transition to a clean energy future in Europe relies on sustainable and cost-effective battery cell production,” said Goldman Sachs Managing Director Michael Bruun. “Northvolt has developed industry-leading technology and processes which position it to play a crucial role in European supply in the coming years. We are pleased to be partnering with industrial and financial investors and backing a world class management team executing on an ambitious growth strategy.”