Record number of 279 deep tech scaleups applied for the 2019 edition of the EIT Digital Challenge! 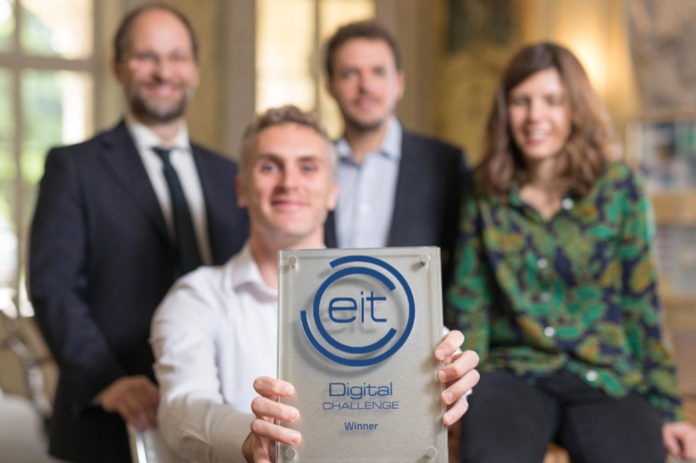 Editor’s Note: This post has been created in collaboration and with financial support from EIT Digital. If you’re also interested in partnering with us, just reach out.

The EIT Digital Challenge 2019 has established a record: 279 scaleups from 33 countries applied, a 40% growth with respect to 2018 and the highest country variety in the 6-year history of Europe’s flagship deep tech competition in digital. The most active countries were Germany, the UK, France, Italy, the Netherlands and Spain. For the first time, next to European companies, the competition was also open to scaleups from Horizon2020 associated countries.

EIT Digital called for the best European deep tech scaleups – fast-growing startups that are ready to expand internationally – to apply in five categories, strategically chosen with respect to major digital trends and European leadership potential: Digital Tech, Digital Industry, Digital Cities, Digital Finance and Digital Wellbeing. The five best scaleups in each category will be invited to an exclusive event in Brussels in the fall 2019. Among these 25 finalists, an international expert jury will select two winners per category who will receive international growth support from the EIT Digital Accelerator for an entire year, worth €50,000. Additionally, the winner in each category will also receive a cash prize of €50,000. The 10 winners of the EIT Digital Challenge will be announced by early November 2019.

“We are extremely satisfied about the popularity of the EIT Digital Challenge and the record number of submissions”, says Chahab Nastar, Chief Innovation Officer of EIT Digital. “This competition is not just about prizes or praises, it is about identifying the next generation of Europe’s digital champions. The large number of applications shows that our value proposition – concrete hands-on support of digital deep tech scaleups across Europe – really resonates with European entrepreneurs.”

The EIT Digital Accelerator will support the 10 EIT Digital Challenge winners with a team of 40 business developers and fundraising experts to help them secure target customers and raise capital, operating from 16 cities across Europe as well as a hub in Silicon Valley. Since 2012, the Accelerator has supported 300 startups which have raised a total of €630 million in venture capital.

Since its launch in 2014, the EIT Digital Challenge has received an impressive grand total of 2100 applications from 35 countries. While it initially targeted startups, the EIT Digital Challenge has evolved to become Europe’s flagship competition for deep tech scaleups in digital. In 2019, the average scaleup applicant has €780,000 in revenues in its last fiscal year, has raised €2.4 million of funds, and employs 31 people.

Interested to learn more about the growth services of the EIT Digital Accelerator? Get in touch!