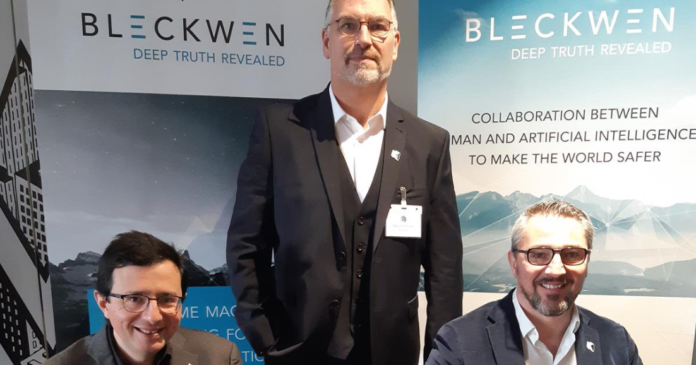 As online payments have surged, so has financial fraud – with an estimated €3.5 trillion stolen and laundered through banks each year. Paris-based Bleckwen is leading the fight against financial crime with its real-time analytics software for fraud detection and prevention in payments, and has also developed capabilities to protect banks from new threats emerging from PSD2.

A spin-off from Ercom, the French cybersecurity firm, Bleckwen today announced it has raised €8.8 million in its first funding round. The funding will be used to support Bleckwen’s international expansion and the continued development of its software capabilities in AI-based fraud detection. The company’s expertise is strategically focused on anti-money laundering (AML) and counter-terrorism financing (CTF), while also protecting from other types of fraud.

The round was led by Ring Capital, a Paris-based VC firm, along with existing investors, including TempoCap, Bpifrance and Ineo.

Built with banks and for banks, Bleckwen’s real-time behavioural analytics and AI-engine is optimized to detect the surging fraud threats in payments, such as authorized push payment fraud, or the “human hack” which is growing by around 60% per year. Additionally, Bleckwen’s platform protects banks from the emergent risks of open banking under PSD2, under which banks will no longer have full control of the end-to-end user experience and security perimeter, presenting a completely new threat dimension.

Over the last year, the company has also strengthened its management team with the hire of David Christie as CEO, a 20-year veteran in financial services and previously the COO of Euronet’s money transfer business.

“Nearly $4 trillion is stolen and laundered through banks annually – circa 3% of global GDP,” said Christie. “Existing technologies are just not cutting it in the fight against this scourge of society. Something else needs to be done and at Bleckwen, we have made tremendous progress over the last two years as part of the Ercom Group developing solutions to bring the fight to these criminals.

“This fundraising is the confirmation of our ‘scale-up readiness’ and the support from both Ring Capital and our existing investors is testament to our expertise in producing class-leading AI-based analytics in the fight against financial crime for banks. Using Bleckwen’s software, we are seeing false positive ratios drop by over 95%, the time taken to resolve alerts fall by over 50%, and a reduction in fraud loss ratios by over 60% – as compared with incumbent legacy-based rules systems.

“Working very closely with our customers, which include a tier-1 global bank, we have developed a market-leading, payment-type agnostic, real-time capability to meet their fraud detection and prevention requirements at industrial scale. Bleckwen’s software can also dynamically adapt to ever-changing customer behaviours and profiles. We have also significantly strengthened our senior management team and operational infrastructure and will be opening offices in the UK and the US in 2019.”

“Having co-founded and scaled an international payments company that processed $20 billion annually, I have deep experience of the challenges faced by both fintechs and banks in of the domain of fraud detection and AML,” added Bleckwen Chairman Matt Knowles. “I have been deeply impressed by Bleckwen’s advanced use of machine learning technology to radically increase fraud detection over current solutions, but, as importantly, substantially reduce the volume of false positives (which build friction and cost into the customer journey). We see significant potential to commercialize this technology across banks, fintechs & other multi-national enterprises to help combat fraud and AML risk across all payment types.”

Last week, Bleckwen was named “Fintech of the Year” at the European Banking Association’s EBAday 2019 for its innovative AI-powered platform.