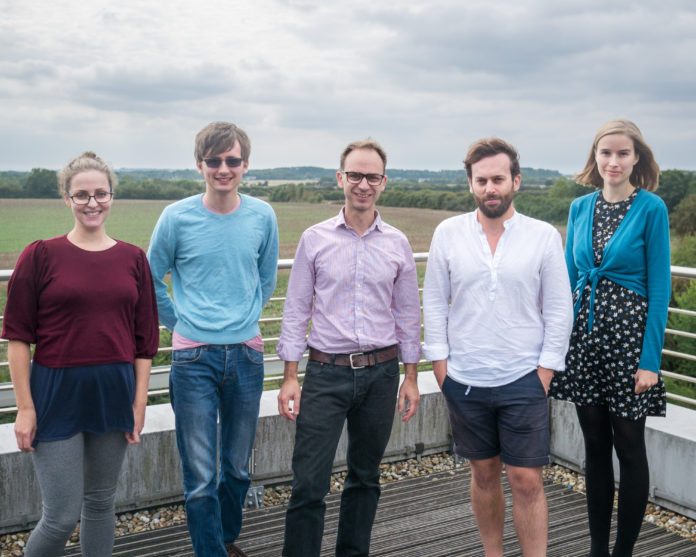 Quantum computing is a little understood emerging technology. Cambridge-based Riverlane is one of the leading startups in Europe developing advanced quantum computing software, which it plans to use as a simulation engine for microscopic systems to replace laboratory tests in areas such as drug discovery. The statup has raised €3.7 million in seed funding, led by venture capital investors Cambridge Innovation Capital and Amadeus Capital Partners, with the participation of Cambridge Enterprise.

The company is working with leading academics and companies on critical early use cases for its software, such as developing new battery materials and drug treatments. Riverlane will use its seed funding to demonstrate its technology across a range of quantum computing hardware platforms, focused on early adopters in materials design and drug discovery. It will also expand its team of quantum software researchers and computational physicists.

Riverlane was founded by Dr Steve Brierley, Senior Research Fellow in Applied Mathematics at the University of Cambridge. Brierley has over a decade of research experience in quantum information and computation, investigating the theory of quantum systems, architectures for quantum computers and quantum algorithms.

“This seed funding allows us to accelerate our work at a critical time in the development of quantum computers,” said Steve Brierley, CEO of Riverlane. “Computers are central to the design of many new products, but when we try to model systems at the level of individual atoms, the rules that govern their behaviour are fundamentally different. Even huge supercomputers are limited to approximations. As a result the design of new drugs and materials remains primarily a laboratory,  rather than a computational, exercise. Riverlane’s software aims to unleash the huge potential of quantum computers.”

“Riverlane is changing the way we think about computation at the most fundamental level,” said Andrew Williamson, managing partner at CIC. “Steve and his team are developing state-of-the-art algorithms that can run on a range of quantum computing hardware platforms. These algorithms can be applied to a number of applications such as drug–protein interactions, biomolecule folding and materials science at a molecular level. This is the sort of cutting-edge technology at which Cambridge excels and at CIC we are delighted to be involved with such an exciting company from the outset.”

“Amadeus has a long history of supporting deep tech businesses in Cambridge and we’ve been impressed by Riverlane’s progress,” said Amelia Armour from Amadeus Capital Partners. “Steve has brought together an impressive team of experts in maths, computer science, chemistry, physics and materials science who share a passion for driving innovation in quantum computing. We’re pleased to support the company as it seeks to demonstrate the commercial value of its unique software.”