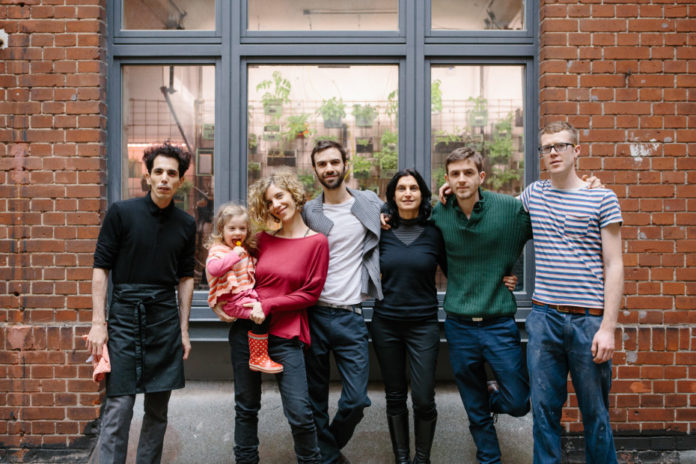 Berlin-based Infarm is the world’s largest urban farming platform, with a mission to make cities self-sufficient and sustainable in their food production.

Currently, the consumption of fresh produce is a huge environmental burden. Lengthy transportation routes and overused soil take a heavy toll not just on the environment but also on taste and nutrition. The CO2 footprint of food represents 17% of total global emissions, and 45% of plants’ nutrients are lost by the time they arrive in the supermarket.

Founded in 2013, Infarm allows food to be grown locally, and at scale, combining vertical farming with data driven, remote controlled maintenance. So far a variety of 65 plants are grown at Infarms, and all are pesticide free. What’s more, Infarm claims to be over 400x more efficient than soil-based agriculture.

Now, Infarm has announced a €88 million Series B round led by Atomico, which will be used to further scale the company’s growth in Europe and in the US, as well as to grow Infarm’s R&D, operational, and commercial teams. Infarm’s existing investors, including Balderton Capital, Astanor Ventures, Cherry Ventures, and TriplePoint Capital also participated in the round.

Infarms can be small for use by individual restaurants, or implemented in huge warehouses to meet the needs of major retailers. Infarm has partnered with 25 major food retailers including Edeka, Metro, Migros, Casino, Intermarche, Auchan, Selgros, and Amazon fresh in Germany, Switzerland, and France and has deployed more than 200 in-store farms, and 150 farms in distribution centres, harvesting 150,000+ plants monthly and growing.

“Infarm was founded with an ambitious vision to feed the cities of tomorrow by bringing farms closer to the consumer, and with this round of funding we aim to grow our presence further,” said Erez Galonska, co-founder and CEO of Infarm. “Sowing the seeds for a delicious and sustainable food system in urban centres across North America, Asia, and Europe.”

Infarm is launching in the UK this September with some of the country’s largest online and brick-and-mortar supermarkets, and is in advanced discussions with retailers in the US and Japan, a sign of the increasing global demand for fresh, local produce.

Unlike others in the vertical farming space, Infarm’s technology is specifically designed and built to work anywhere in any available space. From a single farming unit in a restaurant, to a few farming units in a supermarket or school, up to thousands of farming units chained together in a vacant warehouse, customers can pick fresh herbs within 2-3 weeks of installation.

Infarm’s large module can grow up to 680,000 plants each year on only 25 square meters, making it 420x more efficient than soil-based agriculture. The farms are remotely controlled by Infarm’s centralized, cloud-based farming platform that learns, adjusts and improves itself continuously, so each plant grows better than the one before.

“The consumption of fresh produce is a huge environmental burden on our planet, one that will only increase as urban populations increase,” said Hiro Tamura, Partner at Atomico. “This is not sustainable long-term. Infarm, has perfected the holy trinity when it comes to solving this massive global problem; their unique technology makes fresh food production sustainable, their solution has a global audience which means they have operated internationally from day one and this has resulted in the company being a commercially attractive proposition for all stakeholders in the supply chain. Infarm has built the infrastructure for a more sustainable and healthier future for our entire planet. With Infarm, software is no longer eating the world, it’s feeding it.”