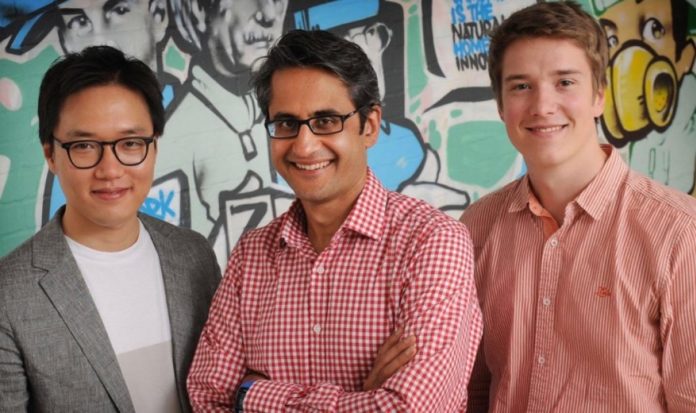 Cambridge-based PROWLER.io, an AI-based platform for decision-making, has raised €21.5 million in a Series B round from new and existing investors, valuing the company at €90 million. The startup previously raised a €10.9 million Series A round in 2017, and we featured it as one of the top IoT startups to watch in 2019.

PROWLER.io’s core platform, VUKU, is ideally suited for autonomous decision-making in complex, dynamic and uncertain environments such as financial markets, resource allocation, transportation and logistics, ridesharing, smart cities, and robotics, and is developing its capabilities to expand its applications into even more verticals. The startup combines branches of mathematics, engineering and economic theory to use machine learning to problem-solve efficiently and using real-time data.

The startup was founded by mathematicians and engineers following years of research into machine intelligence, probability theory and multi-agent problems. Founded in 2016, it now has 110 employees from 29 countries.

These strategic partnerships and funds will be used to support PROWLER.io’s recent product expansion and growth, with the company continuing to expand into a wide range of industry verticals, including finance, logistics and education.

“This investment is a huge sign of confidence in our efforts to be at the forefront of how enterprises use machines,” said Vishal Chatrath, CEO of PROWLER.io. “Having initially focused on developing our AI platform, we are excited to be expanding our product offering into new verticals, underscoring the flexibility and innovative nature of our core technology. We’re excited to be supporting global corporate and financial leaders like Mandatum Life, Pearson, RB Capital and Tencent with AI tools that enable people to make better decisions.”

“RB Capital has been making a number of strategic investments in cutting edge, transformational technologies that will revolutionise how we understand consumers in the business of real estate, hospitality and retail,” said Kishin RK, CEO of Singapore based RB Capital Group. “Implementation of the VUKU engine will ensure we lead efficiency, stay relevant and remain at the helm of emerging business and consumer trends.”

“The UK is a global leader in AI and is increasingly becoming a focus for companies looking to invest in the sector,” Dr Ling Ge, Chief European Representative at Tencent. “PROWLER.io’s data-efficient approach and focus on human-machine teaming really set it apart. We are looking forward to PROWLER.io applying its AI decision platform to a broadening range of customers, potentially including some of Tencent’s affiliate companies.”

“PROWLER.io is on its way to becoming a true enterprise AI platform — successfully expanding from its initial focus on financial services and logistics to apply its core AI technology to multiple adjacent market segments,” said Lauri Vaittinen, SVP at Mandatum Life. “We are confident that the strategic partners, alongside the existing funding support, will help the company accelerate practical implementations – including hiring more engineering talent, operational managers and reinforce the product development expertise.”