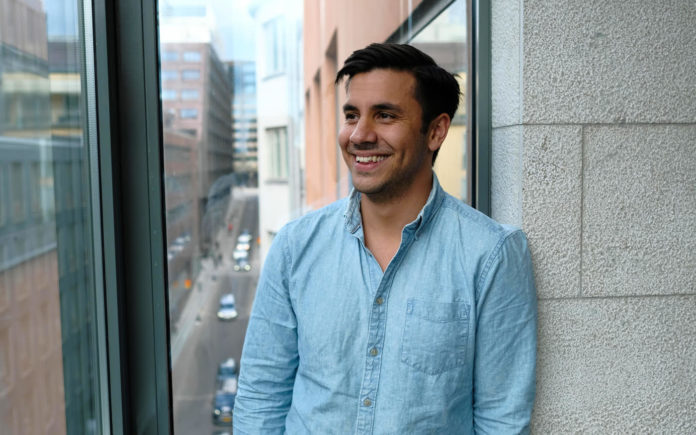 Paying too much interest on your loans? Anyfin, a Stockholm-based fintech startup that lets consumers refinance their existing consumer loans with just a picture, might be able to help. The startup has just raised €8 million in an extended Series A round, after taking in €4.8 million last February. We also featured Anyfin among our 10 Swedish startups to look out for in 2019.

Since it was founded in 2017, the company has helped thousands of customers in Sweden each month to lower their interest rates on consumer loans by an average of 50%. The new funding came from existing investors including Northzone, Accel, Global Founders Capital, and new investor FinTech Collective, and Anyfin will use it to help even more customers and expand in Northern Europe.

Anyfin’s platform leverages publicly available consumer data and AI to enable consumers to refinance their existing loans within seconds, simply by taking a picture of their loan statement. Consumers send Anyfin the picture through a channel of their choice, including SMS, email or Facebook Messenger, and the company replies with an option to refinance the loan at a better price. With one tap, the consumer can accept the new option from Anyfin, and the company takes care of settling the existing loan for them. Aside from a better price, the terms of the new loan mirror those of the existing loan.

“Unsecured consumer credits are growing at an increasing rate,” said Anyfin founder and CEO Mikael Hussain. “Most customers are paying far too much interest on these loans – often in excess of 25% annually on part payments and credit cards, even for those with good credit scores. Typically, we’re able to cut the cost of financing by more than half. Even our customers ask us, what’s the catch? But really, we are on a mission to put the power back in the hands of the consumer, making it as simple as possible to refinance a loan and giving consumers the rate they deserve.”

The new funding will help Anyfin develop its product further and prepare for an international launch to take on Northern Europe.

“Fixing mispriced consumer credit represents a €24 billion revenue opportunity in Northern Europe alone,” said Gareth Jones from Fintech Collective. “Having seeded five alternative lending businesses in the US and abroad, Anyfin’s positioning of reducing credit versus expanding credit for consumers was very compelling. We are extremely excited to be backing the credentialed team at Anyfin and their mission of improving the financial lives of over 700 million Europeans.”

”Anyfin fulfills fintech’s promise of making finance easier and fairer for consumers,” added Christoffer Norman from Northzone. “Their intuitive product and experienced team underpin the company’s strong performance since our initial investment. We are excited to support Anyfin in this latest round as they scale to reach more customers and new markets.”

By the way: If you’re interested to join a fast-growing startup like Anyfin, make sure to check out the EU-Startups Job Board.