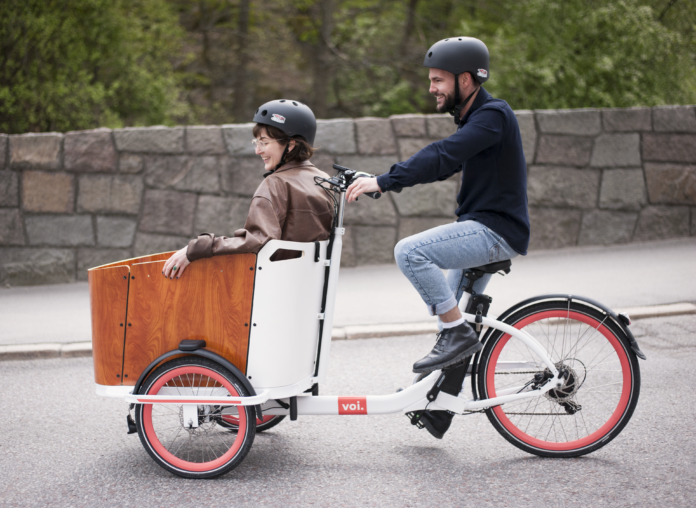 Stockholm-based VOI Technology has announced an ambitious roll-out across the Europe, targeting 150 cities and towns, while unveiling a new range of improved e-scooters and e-bikes. This spring we published a list of pros and cons of riding e-scooters – some of which VOI seems to be addressing with its new models.

Founded in 2018, VOI e-scooters are already available in 18 cities in nine European countries, and expansion into Germany, Belgium, Poland and Italy is planned for this summer. In just eight months of operation, two million rides have already been taken on VOI scooters.

First launched in Sweden last August, VOI’s big summer push will focus initially on Germany, where its operations will launch for the first time as soon as next month.

VOI’s plans for Germany will see a rapid roll-out across key cities and several landmark partnership agreements have already been struck, which will provide the template for the company to scale its operations across Europe. For example in Lubeck, VOI is to offer discount travel to users who already have tickets for public transport; in return, it will receive green electricity from the city to recharge its fleet.

The German government is set to give the green light to e-scooters to use roads this month, bringing the country’s transport legislation into line with other EU states. Germany will immediately become one of the world’s biggest e-scooter markets.

“The German people care a lot about their environment and they have been begging us to launch in Germany and provide them with a less polluting, quick and fun way of getting around town,” said Fredrik Hjelm, co-founder and CEO of VOI. “Our electric scooters offer a faster alternative to walking, a simpler alternative to the hassle of owning a bicycle and a more environmentally-friendly alternative to fossil fuel-powered buses, taxis and privately-owned cars.”

Multiple cities are set to go live this summer – including Vienna, Brussels, Milan, Zurich and Warsaw. In each new location VOI prioritises collaboration and partnership, working closely with local authorities and helping support their public transport and pollution-reducing strategies. For example, in Stockholm VOI has signed a letter of intent with the City in which it pledges to uphold all the city’s standards and safety measures, leading the city’s Vice Mayor for Transportation to describe e-scooters as an important way to lower pollution in Sweden’s capital.

VOI’s updated fleet is led by the Voiager 2 – a new e-scooter designed for maximum comfort, speed and efficiency on Europe’s city streets – while the Voiager 1 is a special rugged version created exclusively to comply with German vehicle regulations. This summer will see both models introduced to VOI users in Germany, Belgium, France, Finland, and Spain.

VOI’s latest e-scooter designs and its first-ever e-bike have been created as part of the company’s wider mission to become a one-stop shop for cities looking to provide low-carbon transport solutions.

“We listened to what our riders had to say about travelling by e-scooter and designed these new models from the ground up,” said Hjelm. “Needs in cities are different depending on weather, geography and available infrastructure and we have made our fleet more durable and safer, in a way that can be adapted to fulfil the needs of each city.”

The new e-scooters have been designed and engineered in Sweden, using insights and data collected since the company’s foundation. Produced exclusively for VOI, they have been rigorously tested to live up to VOI’s values of quality of life, mobility and safety. The e-scooter design is safer and longer-lasting than previous models, as well as being able to travel up to 50km on a single charge – almost twice as far as earlier models – and features an interchangeable battery.

VOI is also introducing a fully electric bike and VOI Cargo, a three-wheel electric cargo bike. The full range of electric vehicles gives VOI the ability to offer city authorities a complete solution for micro-mobility sharing that can integrate easily with public transport and pedestrians in urban areas.

By the way: If you’re interested to join a fast-growing startup like VOI, make sure to check out the EU-Startups Job Board.