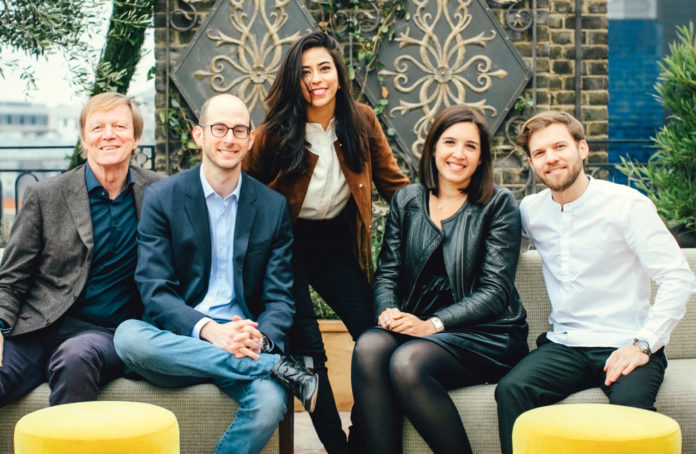 By 2100, it is likely that we will see a four degree increase in global temperatures. By 2030, one billion people will be older than 65. The global population is expected to reach 10 billion by 2050, and by that time, 25% of the population will live in countries without enough access to clean water. These, and many more challenges, also present opportunities for solutions – and they will require investment.

Founded in 2017 by ex-Index Ventures investor Sofia Hmich, Future Positive Capital‘s mission is to invest in deep tech companies solving global needs. According to the London and Paris-based VC, too much investment is being poured into startups that only serve a small percentage of the world’s population, focused on an upper middle class demographic. This, says Future Positive Capital, misses the expansive opportunities to solve the world’s greatest problems – from climate change to poverty and disease, and the VC has just announced a €51 million fund to invest in startups that are doing so.

A new wave of entrepreneurs is on the rise, says Future Positive, and more scientists and employees are looking for purpose, not pay, in their professions. Future Positive wants to back the startups that are making advances in AI, robotics, synthetic biology, genetics, and other deep technologies to solve problems such as tackling climate change, feeding the world’s growing population sustainably, coping with an ageing population, dealing with the growing mental health epidemic, and eliminating plastic pollution.

Future Positive aims to fill the investment gap and fund companies that use advanced technologies   to solve massive global needs at the seed and Series A stage across Europe, with deal sizes ranging from €300k to €5 million, and the capacity to invest in follow on Series B rounds.

Currently, Future Positive is especially looking to invest in startups innovating in environmental sustainability, such as water management, CO2 extraction, and sustainable manufacturing, as well as technologies that support more sustainable consumption.

The VC holds Future Positive Meetups every 1-2 months in Paris and London, and relies on a community of Future Positive Catalysts – a group of 100 scientists, entrepreneurs, and other leaders – to support its portfolio companies.

“Future Positive Capital is a pioneer for a new breed of venture capital firms,” commented Uli Grabenwarter, Deputy Director of Equity Investments at the European Investment Fund. “New technologies are revolutionising our lives; it is now the time for businesses to show how they can be used for responding to the world’s biggest societal challenges. The team has brought together change makers with the ambition of catalysing the pivotal businesses of tomorrow on which the sustainability of our society ultimately will depend.”

Future Positive has already made a few investments. Its portfolio companies include Biobeats, an Oxford-based AI company pioneering preventative mental health care; Meatable, which is growing meat in labs from stem cells; and Ynsect, which is developing insect protein at scale for animal feed market to replace fish and soy, and recently raised a $125 million Series C round.