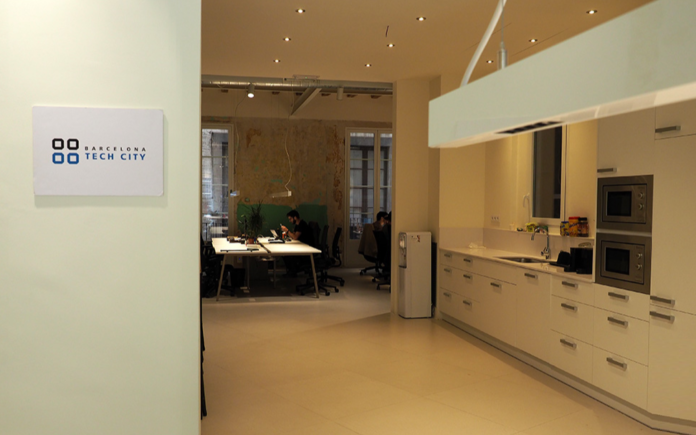 Barcelona Tech City, the association that represents more than 800 entrepreneurs, startups and companies from the digital and technological sectors of Barcelona has announced the opening of Pier03, a new hub created to accommodate new companies that want to join this new project.

Located in the Els Porxos d’en Xifré – a building 3 minutes from Pier01 -, this new venue’s size is approximately 3,500 square meters plus a future project to expand it to 2,500 more thanks to a green roof. It will be occupied by more than 15 startups, corporations, investors and different players in the ecosystem that share the same philosophy as the current Barcelona Tech City hub.

As Barcelona’s startup and tech ecosystem keeps on thriving, the demand and offering regarding co-working spaces is growing steadily. The most pominent co-working options are probably MOB, OneCoWork, WeWork, Spaces, Betahaus, Talent Garden, and Attico. But there are also countless of smaller spaces located all across the city.

In regards to the new Pier03, Miguel Vicente, President of Barcelona Tech City, says: “This exciting new Pier helps accelerate the growth of Barcelona’s technological and digital ecosystem and consolidates the focus and business investment in this sector. It increases the capacity of the ecosystem to create new synergies and spaces and foster development of new projects for members. The different companies and organizations that will be part of Pier03 will benefit from the cross-pollination of digital and technological ideas on their businesses”

The opening of Pier03 supports the growth strategy of the Association, as part of its Barcelona Tech City Campus project, which aims to consolidate different spaces focused on technologies with great potential for the city.

Miquel Martí, CEO of Barcelona Tech City, stated: “Barcelona Tech City was created, in large part, to contribute a private perspective for aligning all the key players of the ecosystem to move Barcelona into the vanguard of global technological cities. Barcelona is now well positioned, since it is among the 30 most important technological hubs on an international scale. Incorporating the Pier03 allows us to reinforce the city project strategy that we promote from the Association.”

Pier03 is an expansion of the Technological Campus project that Barcelona Tech City is creating, an initiative that through new locations, fosters the growth of the city’s technological and digital ecosystem across all sectors. It currently has Pier01, recognized by Forbes as one of the 6 most innovative hubs in the world: and also incorporates Canòdrom, the hub of Peninsula strategic partner of the Association, that’s focuses on video games and creative industries.

Share
Facebook
Twitter
WhatsApp
Linkedin
Previous article
Are you a healthtech startup? Apply for G4A until May 31 and receive €50-100k+ in funding! (Sponsored)
Next article
Mobile banking unicorn Revolut launches Group Vaults to transform the way friends and family save