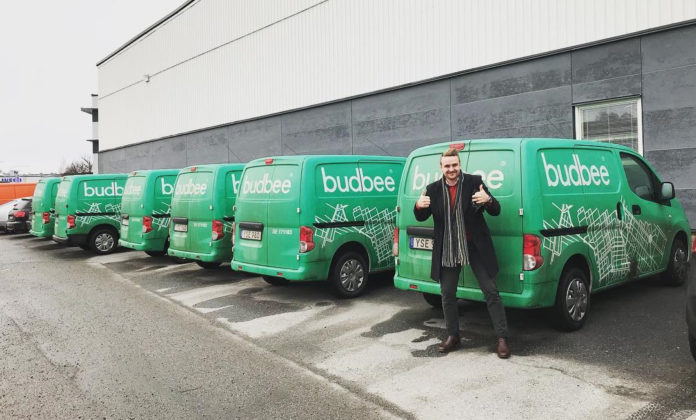 Stockholm-based Budbee operates a modern last-mile logistics service specialized for e-commerce businesses, called Logtech. Founded in 2016, Budbee now serves over 6.5 million people in Sweden, Denmark and Finland, and is expanding to the Netherlands this year.

To support this expansion, Budbee has just raised a round of €4.8 million from the H&M Group and Kinnevik, valuing the company at almost €100 million. Kinnevik previously led a €7.7 million round in the startup last April.

Budbees had a successful year in 2018, with high growth in Sweden and expansion to both Finland and Denmark. In just two years, the company has taken a leading position as the largest player in home delivery in Sweden, and its goal is to achieve the same leading position in all new markets.

“We are very pleased with the cooperation with Budbee, which means that our customers can get home ordered goods in an easier and faster way,” said Erik Karlsson, Investment Manager at the H&M group. “Through our continued investment in the company, we look forward to jointly developing new services that enable an even better customer experience, both online and in store.”

”Budbee is an ambitious company with an exciting growth agenda both in and outside the Nordic region,” said Andreas Bernström, Investment Director, Kinnevik. “Since our investment in April last year, the company has more than tripled its deliveries and developed its already strong customer base. We look forward to continuing to support the Budbee team in the next step of the journey.”

By the way: If you’re interested to join a fast-growing startup like Budbee, make sure to check out the EU-Startups Job Board.