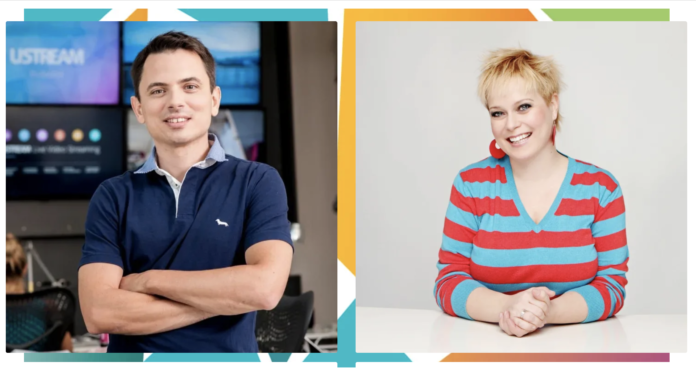 It has been just announced that Ustream founder Gyula Fehér just launched a €20 million investment firm focusing on seed investment in the CEE region, together with Veronika Pistyur from Bridge Budapest.

Three years after selling Ustream to IBM – Gyula just officially left three days ago – Veronika also moved to the background at Bridge Budapest and the announcement has just been made on the Hungarian Forbes – their investment firm called Oktogon Ventures is launched, with two investments already made: Recart and Bitrise, this latter one together with Ashton Kutcher, who was also an early investor in Ustream.

Oktogon Ventues is an investment holding, with two legs in Europe (CEE region) and the US, and they also attracted successful entrepreneurs like Károly Gerendai (founder of Sziget Festival), Péter Lakatos (co-owner of Videoton Holding) and his son, Dávid Lakatos (founder of Sold and Formlabs), and many more to be officially announced later. Gyulahimself put in €1.5 million from his own wealth.

Their focus is early stage seed investments in Hungary, Poland, Czechia, Slovakia, Slovenia, Romania, Bulgaria and Croatia, in distributive tech startups that are going for global markets (US, Asia, Western Europe), aiming for the total portfolio of 20–25 companies, in the range of €150k – €1.5 million each.

By the way: To stay up to date regarding startup events and funding opportunities, make sure to subscribe to our weekly EU-Startups Newsletter now!

Share
Facebook
Twitter
WhatsApp
Linkedin
Previous articleMeet the 15 startups that made it to the finals of our pitch competition on May 2-3 in Barcelona!
Next articleSwedish Stravito, a search engine for market intelligence, raises €5.6 million

10 promising Budapest-based startups to watch in 2021