Click & Boat, the French ‘Airbnb of the seas’, sets sail for Miami 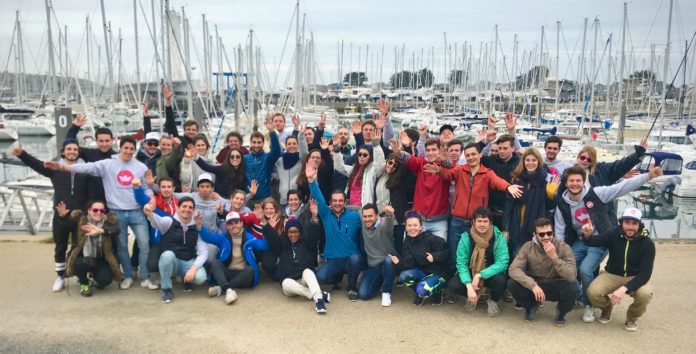 Paris-based Click & Boat, a European peer-to-peer boating rental platform, has just opened an office in Miami. It has also hired a US-based team ​to implement its expansion plan, focusing on key US boating destinations such as Miami, Fort Lauderdale, and Annapolis.

Founded in 2013, Click & Boat has grown organically in Europe through word-of-mouth referrals. The startup has built a strong presence in major boating destinations such as the Balearic Islands, the French Riviera, Italy, Croatia, and Greece. As the boating market in Europe is considerably more fragmented than it is in the US, the startup has had to adopt an agile strategy focusing on piecemeal expansion. By gradually expanding in several countries with different cultures and legal frameworks, the company has learned valuable lessons that have equipped it to be equally successful in the US.

“As a European company, we can do more with less. We are just used to that,” said Jeremy Bismuth, Click & Boat co-founder.

Miami is the world capital of yachting, and so an ideal location for the French startup to establish itself for international expansion. Dubbed ‘Airbnb of the Seas’ by CNN, Click & Boat so far has 350 boats listed in Miami, and over 400 in the state of Florida.

“We picked Miami because of its strategic location in Florida, its reputation as a boating hub that hosts the prestigious Miami International Boat Show, and the city’s sheer vibrancy,” said Edouard Gorioux, Click & Boat co-founder.

The startup has set up shop in The Lab, Miami’s original co-working space and an ideal launchpad for a European tech startup seeking to scale up its presence in the US, with over 130 startups and entrepreneurs based in the former warehouse of 10,000 ft2.

Click & Boat’s new Miami office comes on the back of a smaller operation set up in the same city in 2016 to ‘test the waters’, gauging demand for the company’s boat rental platform in the US market. Rapid success encouraged the company to set up a full-fledged office, with the US becoming Click & Boat’s fifth largest market just two years after the launch of its US website. Last summer the company saw bookings by US customers increase by 338% compared to 2017, while global bookings increased by 109%. Currently, 7% of renters registered on the platform are based in the US, while the company’s US fleet has quadrupled from 200 to 1,000 boats within two years.

“Our success in the US proves that we have plugged a gap in the market,” added Gorioux. “Perhaps we have brought a whiff of Europe’s strong sailing culture and tradition to the US.”

The company raised approximately €4 million last June to expand its footprint in key markets. It also opened a new office in Marseille this March to consolidate its position in the boat rental industry in Europe.