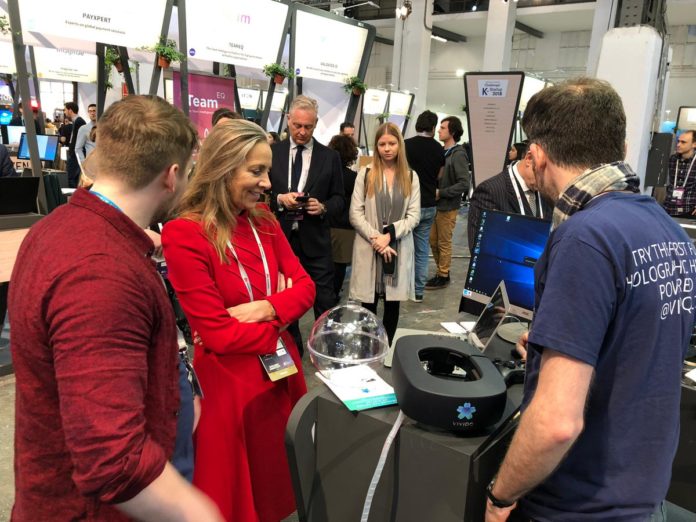 Founded in 2017, VividQ has just received €580k from London-based VC firm Sure Ventures.

Holography has long been considered the ultimate display technology. The science fiction ideal of engineering and manipulating light to produce 3D projections appealed to the imagination of millions through franchises such as Star Wars or Star Trek. While physically possible, the tremendous computing requirements to create full-depth holographic display made it unreachable for commercial applications – until now.

VividQ has developed solutions required for the mass adoption of holography in AR and consumer electronics. Its patented software allows for the real-time generation of holograms from 3D data, and projection on micro-displays. Commercially viable holographic display solves a crucial problem of today’s AR/VR – the lack of depth perception, which disrupts the user’s sense of realism and results in eye-fatigue and nausea. Holography overcomes these issues and paves the way for immersive 3D without the need for glasses at all.

“We are delighted to invest directly in VividQ Limited,” said Sure Ventures CIO, Barry Downes. “Darran and his team have the unique combination of the world-leading expertise and the pioneering, proprietary software technology that is the missing piece needed for the mass adoption of holography, which will radically enhance and grow the AR and digital display industry.”

VividQ has already established partnerships with chipmakers, display and hardware manufacturers in the US, Taiwan and Europe, to enable mass adoption of holographic display with their patented software for hologram generation. And with the AR market is expected to grow from $11 to $61 billion between 2018 and 2023, the company expects there to be many opportunities for future partnerships.

“Sure Ventures have been great to work with, both for their professionalism and deep understanding of the companies they invest in and the technology behind them,” said VividQ’s CEO, Darran Milne. “They demonstrate the kind of vision and passion that the deep tech companies of today need to accelerate bringing truly disruptive solutions to market.”