Brexit checklist: What experts say UK tech companies should do to prepare 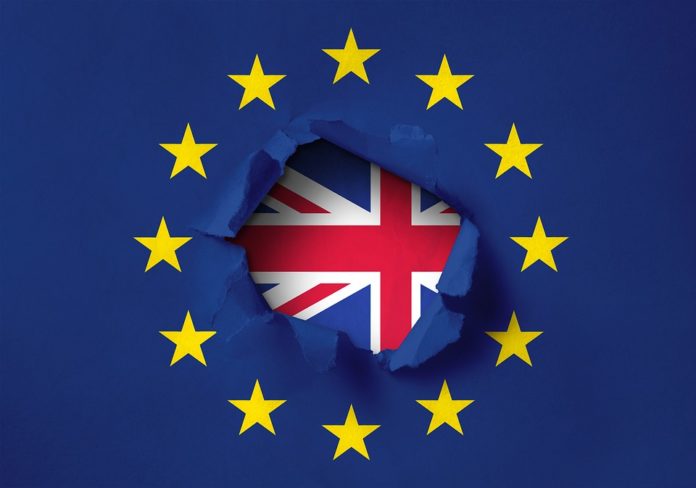 The UK – and let’s face it, all of Europe – is in a frenzy over the looming Brexit. After Theresa May’s deal was rejected three times by Parliament, the prime minister has decided to offer an olive branch to Jeremy Corbyn’s Labour to find a cross-party agreement on the future of the country.

While discontent keeps mounting on both sides, the timeline for the divorce keeps tightening. May presented a new deal to European Union leaders at an emergency summit on Wednesday, where she asked for a short extension to the Brexit deadline until June 30, or a more flexible extension (dubbed by European Council President Donald Tusk “flextension“) of up to a year. However, during yesterday’s talks, a new proposal emerged and an agreement was reached to extend the Brexit deadline until October 31 2019. This latest development removes the spectre of a no-deal Brexit only for a time.

As it is, citizens, residents, and companies of the UK are left uncertain about their future and frustrated in their attempts to protect their interests. While political actors finally decide what is to be done once and for all, we’ve made a list of tips and suggestions that experts have directed at tech companies to prepare for Brexit and the possibility of a no-deal scenario.

In our interview with tech groups battling Brexit, we already mentioned the difficulty that tech companies are starting to encounter when recruiting talents across Europe. Another problem tech companies – and all the international companies for that matter –  based in the UK may face is getting EU workers to stay in the UK altogether.

In order to  prevent precious EU talent from walking out on them, tech companies are encouraged to start monitoring their workforce nationalities. In the White Paper on Brexit published on 2 February 2017, the government  insisted that, during the process of converting the body of EU law into domestic legislation, a “continued protection of workers’ rights” would be ensured. However, experts argue that the government can’t really guarantee that EU workers rights will be preserved and that, once the UK is out of the EU, there is actually “nothing that can be done constitutionally to cement employment rights, whether EU sourced or otherwise”.

That’s why it is advisable that businesses understand and track the nationality status of employees and ensure compliance of immigration laws. This should be done with the sole purpose of boosting EU staff retention and motivation – not to discriminate against EU citizens.

2. Have a head start on data protection

On February 6 2019, the British government released a new set of guidelines meant for companies regarding “Using personal data after Brexit”. That is because, as soon as the UK leaves the EU, it will join the list of “third countries”, the ones that are not formally part of the Union. British businesses and organisations will then be required to take action to keep up the free flow of data, while at the same protecting EU data subjects. In order to do that, the government suggests following a series of steps. Suggestions include: to continue to comply with GDPR rules and follow ICO guidance, to review data flows from and into the UK, to review and update privacy information that the company holds, and to keep key people in the organisation constantly aware of these issues. You can read more on the steps here.

Movement of goods, as much as movement of people, across the British border may pose a problem for UK startups – especially in the case of a no-deal Brexit. HMRC estimates that there are 240,000 UK businesses that trade only with the EU: this means that they will need to start complying with customs formalities once rigid borders are established.

No customs agreement between the UK and EU27 countries will inevitably entail significant disruption for British businesses trying to bring goods into the country. Introduction of checks at the border and failure to agree the mutual recognition of goods are some of the problems businesses will face in this scenario. As reported by TechUK, “In anticipation of this scenario some organisations are stockpiling goods where possible. This includes technology companies who are ensuring they have supplies of, for example, spare parts. However, it is difficult for companies to know what they might need to bring into the country quickly, and therefore difficult to plan for sudden checks at the border”.

That is why business should move quickly, prepare for the worst case scenario and probabòy appoint a customs agent to manage the process of making customs declarations for their UK-EU trade.

4. Move out of the UK or open new offices in Europe

Another extreme move that tech businesses could be forced to make is to move part – or the entirety – of their interests away from the UK.  As reported by Forbes, many tech startups based in London are worried about “decreased investment, uncertain product certification and increased difficulty in attracting talent as well as uncertain access to European technology programs”.

Lately, London, which is the undisputed tech hub of Europe, has been struggling to keep its primacy intact. It’s no mystery that 87% of London tech workers have voted to remain in the EU and are profoundly pessimistic about Brexit’s potential impact on their businesses. According to SVB survey, 75% of British startups predict that Brexit impact would be negative, and more than half British startups state that they plan to establish some form of international presence, with 7% stating that they plan to definitely move their headquarters to Europe or somewhere else in the world. There is a profound disconnection between tech workers and the political situation, which has caused tech companies to consider moving away from the UK or to expand their offices across the channel to Europe. Honestly, can you blame them?

Share
Facebook
Twitter
WhatsApp
Linkedin
Previous article
The Future of Finance panel at this year’s EU-Startups Summit: Meet Qonto, Raisin and ID Finance!
Next article
The AIRS Conference for Genomics and Microbiomics is inviting startups to pitch on May 31 in Barcelona! (Sponsored)

Mariaclaudia Carella
Mariaclaudia works as a communications and press relations specialist in Energy and Climate sectors. She has experience in journalism and tech writing for Italian and European publications.
RELATED ARTICLES
Germany-Startups

IT and telecoms workers in the UK are experiencing heightened levels of anxiety, indecision, due to Brexit uncertainty

Fake News: Thoughts about their impact and about our very own responsibility