Women in tech in 2019: The glass half empty version 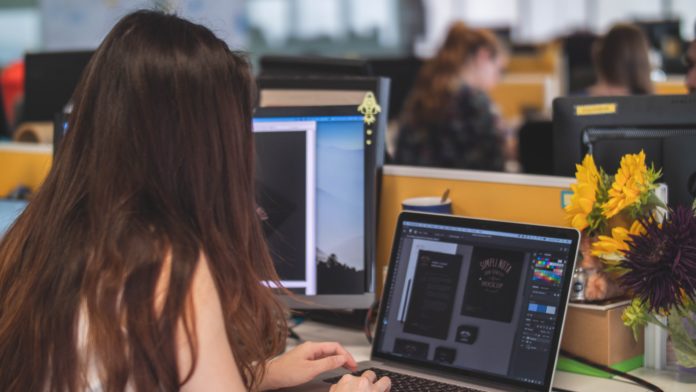 It’s March 8, 2019 – the 110th anniverary of International Women’s Day. Women have made great strides towards equality over the course of the past century, first gaining the right to vote, gaining greater control over their own bodies, becoming political representatives and prime ministers, and rising to be startup founders and CEOs.

Yet much remains to be done. The fact is that women are even more underrepresented in tech than in politics, while the former becomes an increasingly powerful force in the world. While 30% of UK parliamentarians are women, only 5% of leadership positions in tech are held by women in the country, according to data from Code First: Girls.

The situation is worse elsewhere. In Saudi Arabia, Google has defended its distribution of a misogynist app, called Ashber, which has already been downloaded over one million times in the country. The app allows men to track women’s whereabouts, and control whether or not they can travel. So, while women are striving to establish themselves in tech, the biggest name in tech is actively participating in our repression –  while its main page, of course, sports an in-depth, hypocritical animation celebrating women today, and despite its program to promote women in tech, Women Tech Makers. To its credit, the tech giant at least got rid of its slogan “Don’t Be Evil”. Google wants to us buy into the illusion that business and tech are ethically neutral – when their applications undeniably have social and political implications. Google’s poor judgment may be due to the lack of gender parity within its own organisation, as research has shown that women tend to be more ethical than men in business.

And this is why we need more women in tech.

At EU-Startups, we strive to put a spotlight on the women who are breaking into and making waves in the tech sector. Over the past year, we have interviewed Stephanie Hospital, co-founder of the French VC OneRagtime; Amali de Alwis, CEO of Code First: Girls; Dr. Aline Vedder, investment manager at Ananda Impact Ventures; Julia Bösch, co-founder of Outfittery; Simona Vaitkune, CEO of Fast Invest; Gillian Tans, CEO of Booking.com; Sissel Hansen, founder & CEO of Startup Guide. In January, we interviewed five female founders about their experiences as women in the European tech ecosystem, and in December, we featured 10 promising European startups founded by women.

Code First: Girls created the infographic to the left to demonstrate the state of women in tech in 2019. The social enterprise has won many awards for its work with companies and women to increase the proportions of women in tech – over the past four years, it has delivered over £5.4 million worth of free tech education, teaching more than 8,000 women how to code for free, and helped companies to recruit and train tech talent in their firms.

So why do only 3% of women say that they are interested in a career in tech?

“From the discussions that we have with thousands of women each year, there seem to be a variety of reasons that they originally didn’t enter the tech industry, including some motivations which start in childhood,” said Amali de Alwis, CEO of Code First: Girls. “For example, how we through conscious, and unconscious, behaviour nudge or explicitly advise children on what jobs are suitable for men and women plays a role in selection of education path. This then impacts what careers are accessible to them. Then as people reach adulthood, real and perceived barriers and expectations of what ‘a person working in tech’ looks like, as well as access to tech education, can screen people out as well. So as you can imagine with all of these factors as well as others in play, what starts as an equal pool ends up at the fraction of the size.”

“They are transforming lives of women across the UK every single day, including mine,” commented one alumnus. “I’m so proud to have been part of the growth of CFG in Sheffield. I’m so excited to see how the courses and community develops over time to not only inspire more women into entrepreneurship and tech but also give women the confidence boost that we all need at times to excel in our professional and personal lives.”

What are some of the barriers to women entering the tech sector?

“Many companies focus on finding people with a cultural fit, whereas they should be focused on finding a values fit,” said de Alwis. “If you only hire people who come from the same cultural backgrounds (ethnicity, gender, socioeconomic), then you miss out on really great candidates who believe in adding value to the world in a similar way and can help you drive your business with a more diverse understanding of how to get there.”

So to all male founders and CEOs out there: take a chance and hire a woman.

“We can already see that 2021 will be a record year in Lithuania for attracted investments”: Interview with the Head of Startup Lithuania, Roberta...