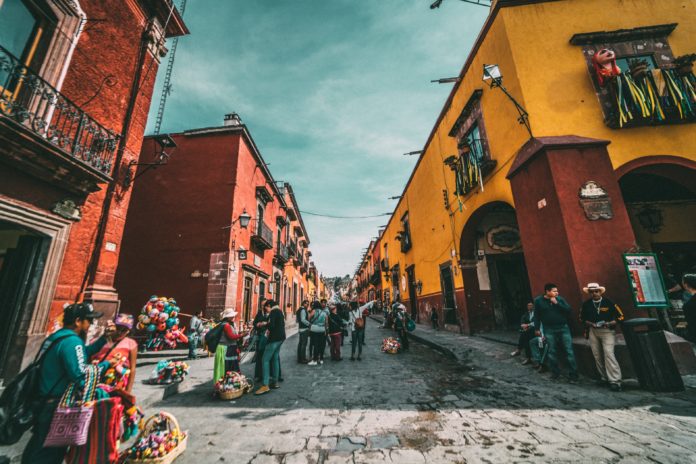 Latin America today is a fertile ground for startups and tech companies disrupting important sectors like fintech, agriculture, insurance, and e-commerce, proposing solutions to local and global problems. Although the region has been known as complicated and protectionist in terms of establishing and doing business, investing time and money in setting up operations in LATAM can result in pleasant surprises.

European entrepreneurs should be particularly aware of the benefits of setting shop in countries that have common languages with the Old Continent due to their past common history: French, Dutch and English are spoken in the region, though the vast majority of the Latin American population speaks Spanish and Portuguese. There are epicenters of German, Polish, Italian, Creole, Ukrainian, Russian, Chinese and Japanese speaking populations too.

Although the region is averse to risk and publicly condemns failure, the startup ecosystem in LATAM is evolving to a point where incubators, accelerators and early-stage deals are considerably more present than they were five years ago, thus paving the way for more investment in the region by foreign and domestic funds.

Over the past 20 years, the continent’s middle class has grown and today more than 650 million people call Latin America home. Luxury products and service businesses have been flocking to the region to establish a presence there and compensate for other parts of the planet where their companies weren’t doing so well.

According to GSMA – the mobile industry association – unique mobile subscriber penetration in Latin America and the Caribbean is at approximately 65% and stands slightly ahead of the global average of 62%. It lags behind only more developed regions such as Europe and North America where 84% is the average. The region will grow faster for the remainder of the decade than any other region except for Sub-Saharan Africa.

An example of a startup success story from LATAM is Despegar.com from Argentina, the region’s answer to Expedia – with a market value of more than €1 billion today. But there are many others, like 99 (Uber’s biggest rival in Brazil), MercadoLibre (Argentina based LATAM’s answer to E-Bay), B2W (Brazilian e-commerce retail giant), just to mention a few.

Startup accelerators are growing in numbers and in investment volume in Brazil, Chile, Colombia, Argentina, Mexico and Peru. Big corporations are investing in startups strategically, or acquiring them, especially when they provide some solution that the internal bureaucracy in the large companies would take years to reach or even to approve.

Being a historical key player in the creation of the region’s startup scene, accelerators are no longer seen as only business-service providers. As an early stage startup founder, you should look out for these incubators and accelerators – with names like Startup Mexico, Startup Chile, 500 Startups: LATAM (Mexico), Startup Farm (Brazil), Ruta N (Colombia), IncuBAte (Argentina), Startup Peru, Wayra (LATAM and Spain) among others. On the other hand, if you are an investor, you should identify companies and approach them before they go into the accelerator pipeline in order to maximise your return on investment and to maximise profitability.

As a side note, Start-Up Chile (founded in 2010) and Wayra (founded in 2011) did a lot to put Latin America in the map and turn it into a startup epicenter. Take Wayra for example, Telefónica’s ambitious startup accelerator and scale-up program, which has accelerated more than 400 startups, with more than 20 of these companies having reached a valuation of over €43 million in the last few years.

Brazil and Mexico account for approximately two-thirds of the initiatives and investments, but other countries are catching up

Thanks as well to investments of large companies, startup businesses across the region are enjoying growth. Brazil is getting from 40 to 50% of those investments, with Mexico coming in second. Most of the startups that have received investment are in the e-commerce, IT, banking and telecom sectors.

A special opportunity in Fintech

Startups challenging the traditional banking industry have been on the rise in recent years in LATAM, particularly because of the existing bureaucratic and very expensive banking services for people and companies. These fintech startups base their business models in monetising part of the still large unbanked individuals in the region – accounting for more than half of its population.

Some industry forecasts for the fintech industry say that by the end of 2022, Latin America is likely to have 180 million registered mobile money users with 91.8 million active users. In Brazil, Mexico, and Colombia, registered users are likely to reach 83.4 million, 39.6 million, and 17.8 million, respectively. Strategic partners in traditional business and funding for the initial stages are needed to scale these companies, locally and globally. International investors are joining forces to seize this opportunity, like the fund Vostok Emerging Finance from Sweden, with a few bets recurrent in local startups.

Finnovista, a fintech think tank from Mexico, estimates that 40% of fintech startups in Argentina, Brazil, Chile, Colombia and Mexico are targeting unbanked and underbanked consumers and small businesses. According to their reports, only 3% of these startups are challenging the incumbents with digital banking offers.

KiWi, a Swiss micro-financing startup, is an example of a European fintech that has launched in Mexico to extend credit to entrepreneurs, and recently raised a €2.8 million to accelerate its growth in Mexico and open new markets in the region.

Untapped and underserved markets in many industries with lots of opportunities

Though many may be attracted to Lisbon, Berlin or Amsterdam, Latin America can now firmly compete with the rest of the planet. Cities like Sao Paulo, Santiago, Buenos Aires, Monterrey and Medellin are on the rise as new startup hubs waiting for great ideas and bold entrepreneurs with private and public funding, world-class mentorship and accelerator programs, along with untapped or underserved markets in many industries with lots of opportunities. So why not consider LatAm as your new branch destination and grow from there?

Share
Facebook
Twitter
WhatsApp
Linkedin
Previous article
Slovenian startup Quadrofoil raises €3 million for its high-tech, eco-friendly boats
Next article
Yassin Hankir, founder and CEO of savedroid, will speak at our EU-Startups Summit on May 2-3 in Barcelona!