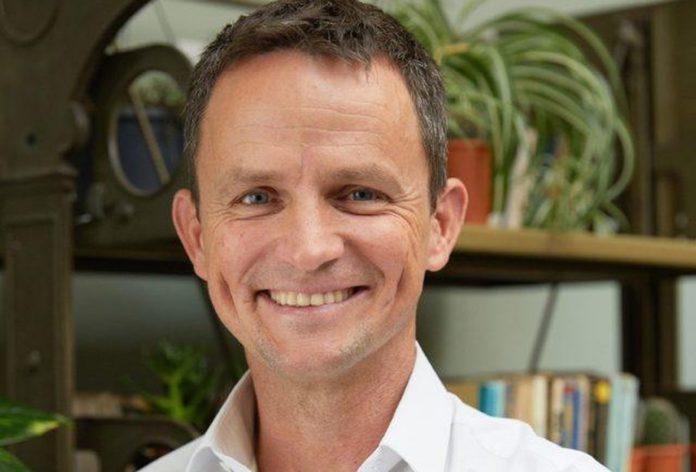 For many SMEs, getting invoices paid on time is a problem, with a lag time of one to four months from corporate clients, creating serious cashflow issues for smaller businesses who have their own bills to pay. London-based fintech Previse has set out to solve the global problem of slow payments. The startup’s machine learning tech analyses the data of large companies, predicting the few invoices that are unlikely to get paid so that the rest can be paid instantly by third party funders.

Since it was founded in 2016, Previse has raised €9.5 million, and has a growing clientele of large companies looking to implement instant payments, potentially representing billions of pounds of invoices for hundreds of thousands of suppliers.

Previse co-founder and CEO Paul Christensen is a serial entrepreneur who formerly worked for Goldman Sachs and Deutsche Bank as Head of Strategic Investments. Below, we interview Paul about Previse and its business model, fintech, and his advice for startup founders.

Tell us more about Previse. What problems does it solve, and what sets it apart from other fintechs?

SMEs are the backbone of the global economy. However, one of the biggest challenges that they face is getting paid promptly by their large corporate clients.

Typical payment terms range from 30-120 days, with smaller suppliers often paid later than their larger peers. To cover the cash-flow shortfall this causes, suppliers are forced to take out expensive financing and spend hours chasing invoices – and many go bankrupt. Solving this problem will unlock $650 billion globally.

Previse gets suppliers paid instantly. Our machine learning tech analyses clients’ ERP data to predict the few invoices which are unlikely to get paid. The rest can then be paid instantly by a funder, such as a bank. The buyer then pays the funder back on its normal payment terms.

To get paid instantly, suppliers pay a small fee, typically 1% for every 30 days an invoice is paid before it is due. This fee is split between the buyer, funder and Previse. Our unique model means that suppliers can improve cash-flow and save time and money chasing payments, while buyers generate new profits for the use of their data. This incentivises adoption and allows Previse to grow sustainably and rapidly.

Previse is a true win/win for suppliers and buyers.

What’s your story, and how did you come up with the idea for Previse?

Previse was founded just over two years ago by a small group of people – David Brown, Philipp Schoenbucher, Giulio Rossi, Andre De Cavaignac and myself – who believe that the balance of financial power between large buying organisations and their smaller suppliers is fundamentally wrong. We recognised that slow payments are damaging SMEs, large companies and the economy, and it was clear current solutions weren’t working. We made it our mission is to ensure that every supplier in the world can be paid instantly and at the fairest rate.

We realised the answer to the problem lay in the huge amounts of historical data sitting in large buyers’ ERP systems which nobody was looking at. By applying machine learning to mine this data, we knew we would be able to predict what invoices are unlikely to get paid, so the rest can be paid instantly. We then tested our algorithms on a huge data set to see if this was possible which took around six months and found that it worked.

Our name ‘Previse’ means the ability to predict the future, so we are predicting that a company will ultimately approve and pay their supplier and based on that prediction someone will finance that supplier.

What are some of the challenges you faced starting out, and how did you overcome them?

Previse stands out for the difficulty of our mission. We have to convince banks, large corporates and SMEs that there is a different and better way of doing business. A way that is contrary to the received wisdom of Wall Street analysts, because long payment terms are bad for large corporate buyers. To tell the CEO/CFO of a FTSE100 firm that they should reverse what they have been doing for decades and do the opposite is no easy task. This approach flies in the face of all existing credit models and legal structures and has meant an endless stream of tough pilot projects and test deployments. It’s hard but necessary.

To overcome this, we have ensured we are consistently clear when communicating our value proposition to key stakeholders, to convince them our win/win model isn’t too good to be true.  We have been persistent and relentless, following up on every lead and engaging with everyone from the smallest of SMEs to senior levels of government. Now we have the backing of blue-chip partners (such as PwC, Oracle & RBS-NatWest) and multinational clients, and are taking on the world.

What do you consider your major accomplishments, and to what do you attribute your startup’s success?

We have now signed up eight large organisations and have a pipeline of hundreds of large companies looking to implement instant payments. This represents billions of pounds of invoices and support for hundreds of thousands of suppliers.

As the inventors of instant invoice payment, our strategy has been to partner with leading firms so we can scale rapidly. We are now working with companies such as NatWest, PwC, Oracle and Virtualstock.

In terms of fundraising, we raised $7 million in a Series A funding round in August 2018. This follows on from a £3 million seed funding round in July 2017, led by Hambro Perks, and an £800,000 grant from the Scottish Government’s Scottish Enterprise. This funding has enabled us to grow our team from 16 to over 30 in the past six months, and we expect to double this number again in 2019.

I believe our success is down to two things: our unique model creates a win/win for suppliers and buyers and the strength and depth of our team.

Previous attempts at solving slow and late payments such as supply chain finance only focus on the largest suppliers and so fail those who need it the most – SMEs. Our machine learning technology enables suppliers of all sizes to get paid instantly. Suppliers pay less, wait less, and stress less while buyers generate profits from their invoice data, making it an attractive proposition.

As with any business, our people are key to our success. We have built an exceptional and diverse team which is bursting with energy, passion, and commitment. This includes a number of the UK’s leading machine learning PhDs who have deep subject matter expertise, savvy business development personnel, expert developers, dedicated support staff and more.

How have you seen fintech changing in recent years?

I think over the past couple of years there has been a lot of hype around new technologies such as blockchain and machine learning which were tipped to solve hundreds, even thousands of problems in an array of industries. I think the hype has died down in the last 12 months, and now we are starting to see real world use cases for these technologies take centre stage.

Having worked in fintech for 20 years, I’ve seen London increasingly become the hub for innovative fintechs. We are seeing a huge wave of successful fintechs, based in London, now successfully scaling such as Revolut, Monzo and Transferwise which are now challenging major incumbents and becoming household names. For us, it’s great to part of the exciting fintech ecosystem in London.

What advice would you give to other startup founders?

I think it’s extremely important for startups to stay focused. As the company grows and you hire smart, creative people, new ideas for products and solutions will constantly bubble up. It’s very easy to lose focus and try to expand your offering, however this can be to the detriment of what you initially set out to do.

At Previse, our smart team has hundreds of ideas to leverage our capabilities, our machine learning and our data to create all sorts of different products and expand into different areas. My job is to keep the team focused on what we are currently doing to achieve our mission, and once we are ready and have the resources available, we can start looking into expanding into other areas.

What does the future hold for Previse?

From inception, we recognised the global scale of the slow payments issue we aimed to solve and so built our technology to cover the Earth. It can analyse huge amounts of data for each client, each of which has global supply chains, hundreds of suppliers and use multiple currencies. It has huge growth potential and will help unlock $650 billion tied up in slow payments globally.

We have big plans in 2019, including launching with leading brands from the retail and financial sectors and significantly scaling engagement with suppliers across the UK. We will also expand internationally, growing our presence in Europe, Asia and beyond.

We also joined TechNation’s Upscale programme this year which powers some of the fastest growing tech companies in the UK. It provides world-class advice and mentorship, from some of the UK’s most successful tech entrepreneurs and investors. The programme helps companies grow into the next generation of digital household names.

Previse’s mission is to ensure that every supplier in the world can be paid instantly and at the fairest rate. With rapid progress and the enthusiastic participation of some of the world’s largest buyers, we are well on the way to achieving it.