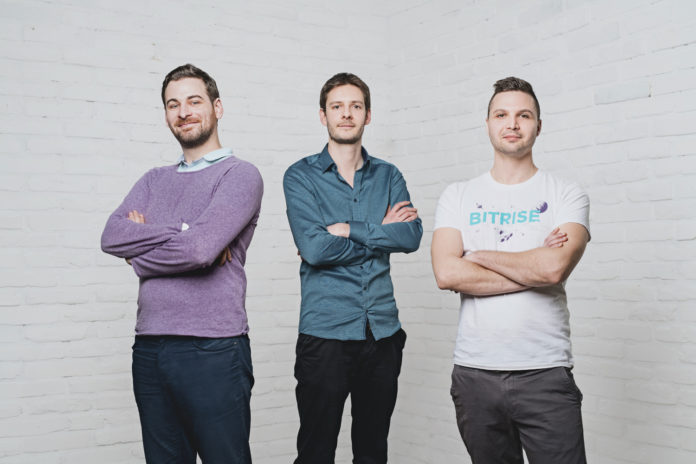 Budapest-based Bitrise, a DevOps platform that helps businesses to build better apps, has announced the acquisition of the San Francisco-based startup Outlyer.

Founded in 2014, Bitrise enables mobile developers to create automated workflows for the non-coding part of their development process. The developer connects a service like Github or Bitbucket to Bitrise, and based on their chosen triggers, the platform can then automatically build their application, send it to a testing service or even submit it directly to the app stores.

Outlyer, founded in 2013, has created a self-service monitoring solution that helps organisations with millions of metrics introduce visibility across services. Outlyer’s technology is already in use by leading online services such as Netflix and the BBC to monitor and analyse millions of metrics in real-time.

The entire Outlyer team will join Bitrise, where they will initially focus on integrating their technology with the Bitrise platform, while supporting existing Outlyer customers. Through the acquisition, the Bitrise team will grow to over 50 people, spread across its Budapest headquarters, new offices in both London and San Francisco as well as a growing number of remote workers. The company supports over 100,000 mobile developers worldwide, including teams from Buffer, Careem, Just-Eat, Virgin and more.

“Bitrise strives to give mobile developers the tools to easily automate the boring parts of their job, while at the same time supporting extremely advanced use cases that lead to incredibly successful apps,” said Barnabas Birmacher, CEO and co-founder of Bitrise. “With Outlyer, we’re expanding those capabilities beyond the release of your mobile application, into analytics and operations. All from within the same, easy-to-use, endlessly configurable mobile app development platform.”

“We want to be the ‘one screen’ for mobile application development and operations,” Birmacher continued. “By integrating with the countless services that mobile developers already use, we’ve made great strides towards achieving that goal. Outlyer brings in another piece of the puzzle: It’s not just about launching an awesome product. These new monitoring and analytics capabilities will allow developers to ensure that their applications continue delighting end-users once they’re actually installed on hundreds of millions of devices worldwide.”