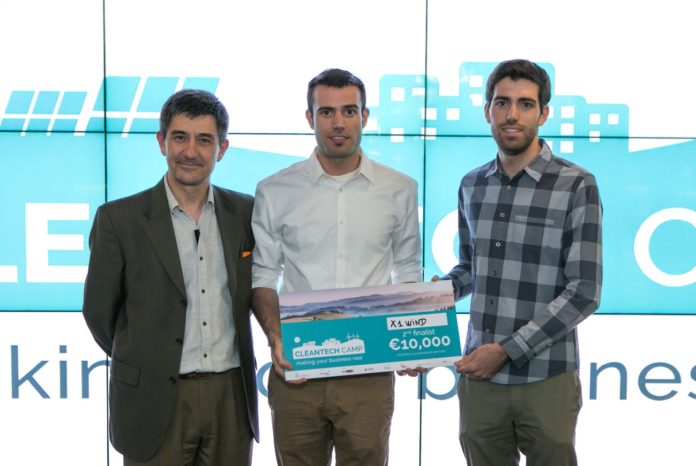 Offshore windmills have taken off in recent years, yielding greater electricity generation than land based wind farms, with higher wind speeds over ocean waters. Barcelona-based startup X1 Wind is innovating in the offshore wind industry, and has recently developed PivotBuoy – a novel, single point mooring system platform which could significantly reduce the cost of floating offshore wind. The startup announced that it has now received €4 million in Horizon 2020 funding to deploy a prototype of the PivotBuoy at a test site off the shores of the Canary Islands, in a consortium along with eight other partners.

Once tested and proven, PivotBuoy stands to reduce platform weight by as much as 80%, and costs by 50%, making floating wind much more competitive, paving the way to a goal of spending only €50/MWh in commercial scale wind farms.

First backed by EIT InnoEnergy, Europe’s sustainable energy innovation engine, the platform can operate at an increased water depth compared to other floating solutions, which will open up hundreds of sites that were previously technically or commercially inaccessible.

“In the last decade, a number of prototypes have successfully proven floating wind is technically feasible, but costs need to be reduced by at least 50%,” said Alex Raventos, CEO at X1 Wind. “Technology disruption is required to achieve large-scale competitive floating offshore wind. Together with a consortium of nine cutting edge R&D institutions and industry partners, we plan to demonstrate the advantages of our innovative PivotBuoy system. We are delighted to receive this important support from the European Commission.”

The project consortium combines experienced industry partners and R&D organisations from the offshore wind, naval and oil and gas sectors, and is formed by nine partners from six different countries: X1 Wind, ESM, WavEC, PLOCAN, EDP, INTECSEA, DTU, DNV GL and DEGIMA. The project will officially start on April 1, and will last for 36 months.

10 European wind energy startups that will blow you away