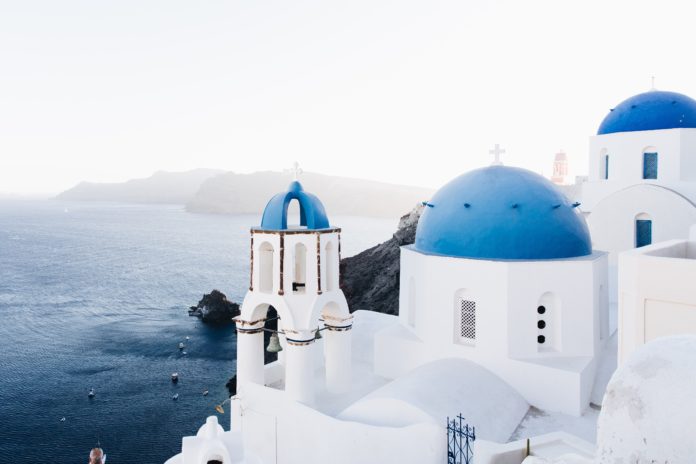 The birthplace of democracy and Western philosophy, this southern European country has in recent years received much more attention for its financial crisis, and then the refugee crisis in the fallout of the Syrian war, than it has for its startup scene.

“Greece has become a dumping ground for the men, women, and children that the European Union has failed to protect,” said Emmanuel Goué, the head of the Doctors Without Borders mission in Greece. Thousands of refugees remain trapped on Greek islands in desperate conditions since the EU-Turkey deal was passed three years ago. Last year we published 10 European startups tackling the refugees crisis, but other countries – not just startups – need to pull their weight to take the strain off of the country of a thousand islands.

Crises notwithstanding, the Greek startup scene is developing, with the launch of EquiFund, backed by the EIF, as well as new VCs such as Velocity.Partners and Metavallon emerging to fund seed rounds in the country.

And Greece is starting to produce some interesting startups. What distinguishes the Greek startups we found for this year compared to other countries is that so many are dedicated to promoting arts and culture.

Without further ado, here are 10 promising Greek startups we think you should watch out for in 2019:

Based in Athens, Texnologia is Greece’s new science and technology news portal. Just founded in 2018, the webzine covers a range of tech related topics, from the hard sciences to hardware, software, apps, the economy, as well as how-to and opinion. Recent articles on the site include compelling titles such as “Peru is fighting the pollution of mines with green algae”, “Powerful planetary magnetic fields are a prerequisite for life on exoplanets”, “Mushrooms help reduce memory problems”, and “Microsoft is working with America’s second largest food chain”. Though it has an international focus, the website is in Greek, so turn on Google Translate. The startup has already raised $400k in seed funding.

Based in Athens and founded in 2018, Les écArtés is a non-profit startup working to promote art and bring together artists of different educational, cultural, social backgrounds. In particular, the organisation aims to facilitate and promote the work of socially vulnerable artists who have been excluded by their community due to their personal histories. Les écArtés works with marginalised artists to help them create, manage, publish, and sell their work, as well as to launch cultural projects and initiatives. By challenging the ethics of the art Industry, Les écArtés’ purpose is to facilitate social inclusion and raise awareness that through art, we are all equal.

With the philosophy that culture is what really differentiates places and makes travel worthwhile, Pculiar has built a platform to help travellers find cultural and historical events. For example, every March 25-26, the battle of Klisova is reenacted, with Greeks defending the small island of Klisova against the onslaught of Turks and Egyptians. The day before marks the beginning of the Greek revolution of 1821 in Kalavryta, another reenactment celebrating the end of 400 years of Turkish rule. 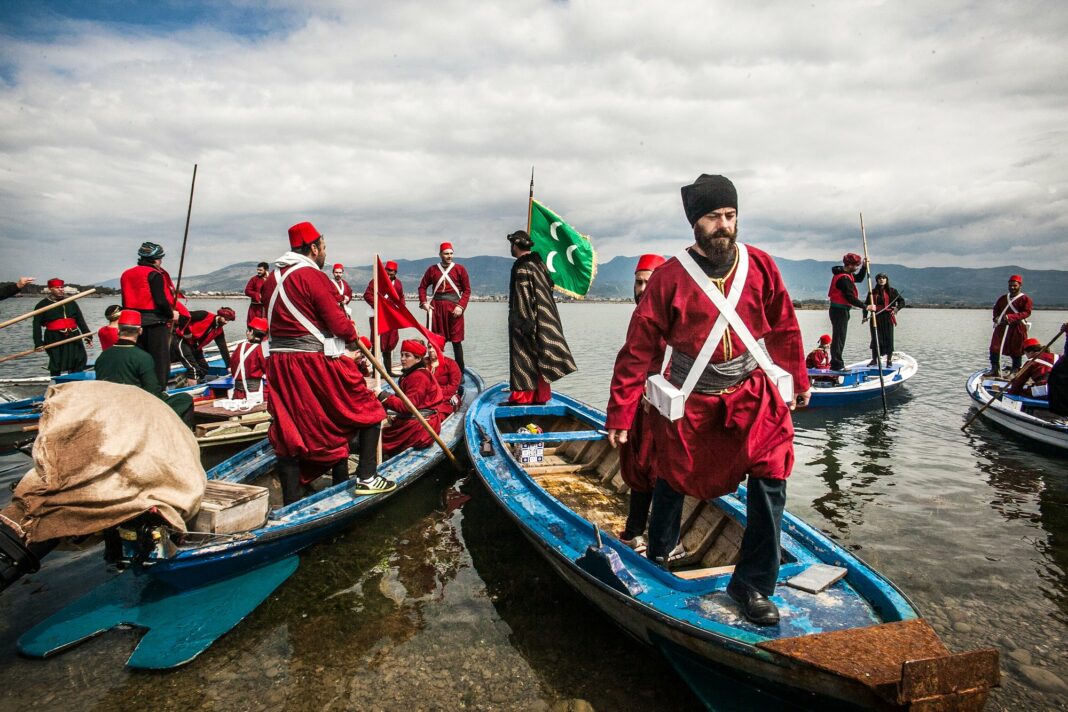 On the site you can also find a Chinese Muslim wedding in northwest China’s Xian province, or images from the vibrantly coloured Feira de São Joaquim in the market of Salvador de Bahia, Brazil. In addition to events, the platform maintains a curated collection of photo essays from remote places and cultures from around the world. Pculiar was founded in 2016 and is based in Athens.

Founded in 2017 and based in Athens, Aptaliko.gr is a social enterprise devoted to the research, production, distribution, development, and sharing of traditional Greek music. Its platform focuses on the interaction of music with technology to create resources for artists. The site includes an events calendar, a listing of venues and instrument makers, and a folk music library with artist biographies as well as music and historical texts on popular music. The organisation has further plans to launch its own radio station.

Looking to party? Rave Atlas is an interactive, crowdsourced rave map with the purpose of helping ravers to find parties, shops, radio, festivals, and other ravers in their hometown or wherever they may be travelling. Instead of focusing solely on thriving hubs like Berlin, London, or Ibiza, Rave Atlas aims to foster the growth of local scenes and support new and up and coming DJs. Venues, DJs, promoters, record labels, and ravers that work in the industry or simply enjoy house, techno, trance, drum n bass, jungle, and psychedelic music are welcome to join the platform, create their own profile, and connect with other ravers around the world. Based in Larissa, Rave Atlas was founded in 2018 and already has over 500 ravers and DJs signed up on its platform.

Advantis Medical Imaging develops web-based medical imaging software applications which enable the display, review, and processing of medical images. Specifically, Advantis provides a highly advanced software solution, Brainance, for the display, review and processing of brain MRI exams with state-of-the-art scientific methodologies to detect conditions such as brain tumours and multiple sclerosis. Last year Advantis announced that it had received CE Mark approval for its neuroimaging system, allowing the software to be used in clinical workflow within the European Economic Area. The company just announced a €700k seed round from the Greek VC Metavallon.

Founded in 2017 and based in Crete, Openichnos makes it easy for private owners and fleet managers to track their boats from their computer, mobile or tablet. Through its app, owners can remotely view their boat’s location, course, speed, fuel and battery, and weather conditions, so that they can react in time to protect both their assets and people on board. Openichnos’ IoT gateway connects global depth charts, GPS, satellite constellations, and GSM networks to ensure global tracking, while geofencing hazardous areas and detecting potential collisions. The Openichnos team has designed and manufactured custom communications devices to ensure 100% global coverage, even when boats are far from port.

Founded in 2017 and based in Thessaloniki, Loceye has developed an online eye-tracking platform that allows media companies, agencies, marketing professionals, designers and all participants in the design, UI, and UX process to perform online tracking studies to precisely determine where, when and for how long a user focuses on certain elements on their screen. In November 2018 the startup secured a €300k investment from Velocity.Partners to further develop and market its online eye-tracking service.

Just founded in 2018, Stoferno.gr is Greece’s answer to Glovo. Its delivery on-demand platform connects users with a crowdsourced courier network that can carry out orders from local stores, including kiosks, convenience stores, pet shops, supermarkets, pharmacies, restaurants, and more. Its goal is to create a network of independent couriers and partnering businesses to bring on-demand goods to users’ doorstep in minutes. Stoferno is part of the sixth incubation cycle of the EGG (Enter, Grow, Go) Accelerator, powered by Eurobank & Corallia.

Founded in 2017, Syncbnb is a tool for vacation rental homeowners that want to list their property on multiple channels such as Airbnb, Homeaway, Booking.com, and Tripadvisor, while synchronising their calendars to avoid double bookings – and thereby increasing revenue for hosts. More than 200 platforms are supported on Syncbnb’s platform, though users can only synchronise their calendars across ten of them at any given time, at a cost of $15 per property per month. The startup raised $380k from Athens-based Velocity.Partners in August 2018. 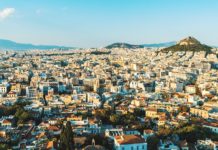 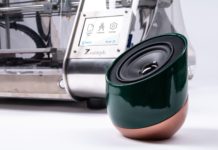 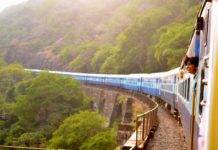 10 travel tech startups to help you plan your summer holidays 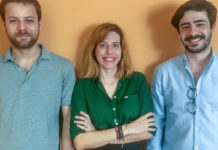