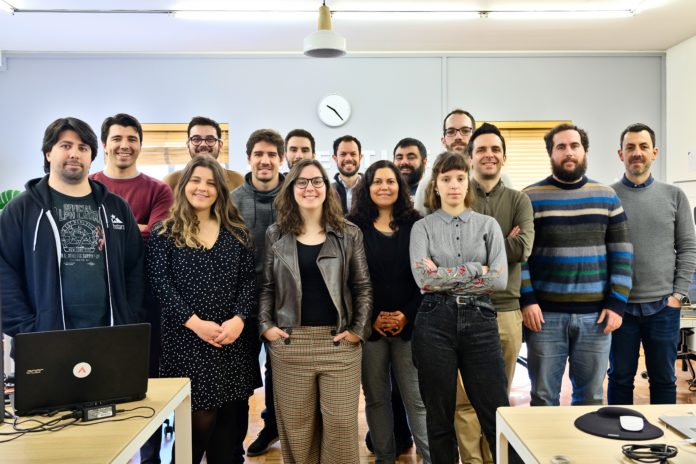 Braga-based startup Attentive has today released its augmented sales assistant, announces while announcing the closing of a €1 million seed round co-led by Lisbon based Indico Capital Partners and Luxembourg-based Mangrove Capital Partners, marking the latter’s first investment in Portugal.

Attentive helps sales teams keep up with their sales pipeline, and guides managers proactively towards an efficient allocation of resources to close more deals. In only one minute a day, Attentive helps companies to have a scalable sales process, showing relevant KPIs to make sure no deal falls through the cracks, keeping deals organised, and providing reminders. The startup’s new app works seamlessly with the Slack platform, quickly becoming a part of sales teams’ routine. With this new integration sales teams can update their CRMs without even opening it.

“During my time at Google London I’ve found that a very common problem in sales teams is that more than 1/3 of their time is ‘lost’ in administrative tasks,” said Daniel Araújo, co-founder and CEO. “The future of sales is an increasingly personalized and human take on business relationships, and this kind of approach takes time and dedication. Technology should aim towards more efficient time management, which is what Attentive helps sales teams achieve.”

“We are very happy to be part of the Attentive journey,” said Stephan Morais, Partner at Indico Capital Partners. “Enterprise sales and data are two crucial areas in today’s software world if you want to be competitive. Attentive is the intelligent layer that merges these and they are doing it at the right time. Moreover, the team has the resilience, technical ability and global network to take the company to the next level.”

“We are excited to work with Attentive on their vision to revolutionise enterprise sales, an industry that is still dominated by static workflows and reporting tools,” added Yannick Oswald, Principal at Mangrove. “By automating sales data input for teams across CRMs and industries, Attentive’s AI collects millions of sales actions that go beyond mere transactional database records and can guide users towards behaviours that achieve much better sales outcomes. The high daily engagement of our users proves that we are solving a massive pain point.”

Attentive’s proactive sales assistant is now available on Slack’s App Directory, and hopes to see their customer portfolio grow exponentially over the next few months. The Portuguese startup has several career opportunities open, in software development, marketing and sales.