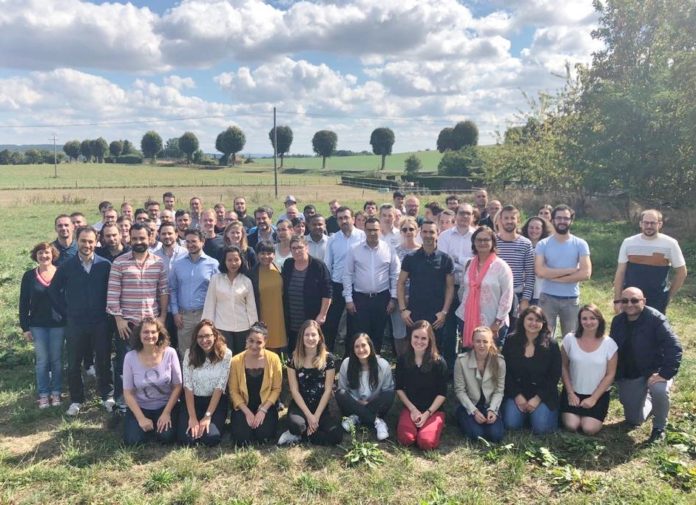 As global demand for protein rises, Paris-based Ÿnsect is one of the growing number of agtech startups innovating to meet this need, sustainably creating protein by breeding insects, and transforming them into premium protein for fish feed, pet food, and organic plant fertilizers.

Founded in 2011, Ÿnsect has raised a €110 million Series C round, representing the largest agtech investment to date outside of the US. The round was led by Astanor Ventures with participation from Bpifrance, Talis Capital, Idinvest Partners, Finasucre and Compagnie du Bois Sauvage, bringing the startup’s total funding to €154 million.

Ÿnsect will use the new capital to scale up production by building the world’s biggest insect farm in Amiens Metropole, Northern France, as well as to expand internationally, especially in the North American market. At capacity, Ÿnsect’s largest farm to date will produce around 20,000 tons of protein annually.

“Ÿnsect is becoming the world’s largest insect producer, whatever the species, thanks to our unique highly scalable and pioneering technology,” said Antoine Hubert, Ÿnsect CEO & Chairman. “Enabled by deep tech, the entire production process – from feeding to controlling the health and welfare of our insects, and from the sensors used for quality control to harvesting mature insects – is automated. We have 25 patents covering our technology, the products themselves and their different applications, giving Ÿnsect the world’s largest insect patent portfolio. But ultimately, we need scale to have a significant impact globally, which this investment will allow us to achieve.”

With the animal feed market rapidly expanding, worth $500 billion globally (and expected to reach $600 billion in 2027), and a $200 billion fertilizer market, Ÿnsect now has international commercial traction with customers across Europe, and increasingly in Asia, allowing the company to book $70 million in orders spanning the next four years.

Aquaculture also plays a critical role in human nutrition, growing faster than any other protein source for human consumption, and around half of the fish we eat today comes from farmed sources. Yet fishmeal, the primary food source for farmed fish, is in crisis because it’s derived from fast-depleting ocean fish stocks.

As part of their natural diet, wild fish and crustaceans eat insects, which deliver an important source of high-quality protein. To meet this need, Ÿnsect has doubled-down on the Molitor; small common beetles known as mealworms.

“By offering an insect protein alternative to traditional animal and fish-based feed sources, Ÿnsect can help offset the growing competition for ocean fish stock required to feed two billion more people by 2050, while alleviating fish, water and soil depletion, as well as agriculture’s staggering 25% share of global greenhouse gas emissions,” said Antoine Hubert. “Our goal is simply to give insects back their natural place in the food chain.”

“With the global population expected to grow to nine billion by 2050, current acquaculture and animal feeding practices are unsustainable,” said Matus Maar, co-founder and managing partner at Talis Capital. “Ÿnsect taps into a huge, yet highly inefficient global market by offering a premium and – above all – sustainable insect-derived product through a fully automated, AI-enabled production process. Of the many things that excite us about Antoine and the Ÿnsect team, their 50+ years combined experience in insect farming, physiological entomology and biochemistry, we believe, is unmatched.”

By the way: If you’re interested to join a fast-growing startup like Ÿnsect, make sure to check out the EU-Startups Job Board.