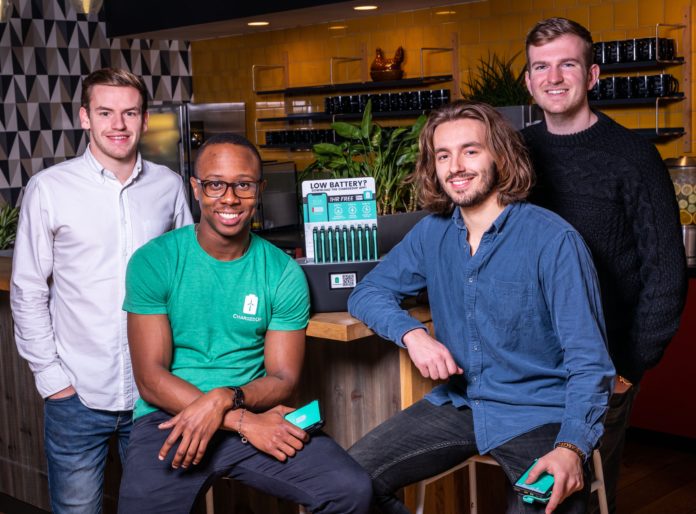 Based in London, ChargedUp is applying the bike-sharing model to mobile device charging. Addressing consumer frustrations of being caught out with a dying phone battery and nowhere to charge it, ChargedUp has built the UK’s first mobile phone charging network – for 50 pence, users can rent a power bank to charge devices while on the move, and return it at a different location.

The startup, founded in 2017, has just raised a €1.4 million seed round led by Sir John Hegarty’s fund The Garage, and ex-Innocent Smoothie founders fund JamJar. The investment will go towards developing and growing ChargedUp’s platform across the UK and international expansion in a drive to become Europe’s largest phone charging service.

“We’ve become so dependent on our mobile phone and devices that, when we’re caught short of charge, it affects our work and social lives,” said Hugo Tilmouth, ChargedUp’s founder. “That’s why we want everyone to be never more than 5 minutes away from a charge. Today’s investment along with the M&S launch is the stepping stone to achieving that goal.”

In the coming six months, ChargedUp will expand its network of over 250 vending stations in London’s bars, cafes and restaurants across to other large metropolitan areas in the UK. Last month, ChargedUp partnered with Marks and Spencer to trial the platform in its central London stores, which if successful could lead to providing the phone charging solution to all M&S customers by the end of 2019.

“ChargedUp has delivered on what is now a basic human need – to be always on,” said investor Jon Wright, co-CEO of JamJar.

“At its simplest, ChargedUp addresses a massive need in the market, mobile devices running out of power,” said Sir John Hegarty, co-founder of lead investor of The Garage. “But more than that, ChargedUp provides advertisers with a powerful medium that connects directly with their audience at point of purchase.”

EU-Startups Job Board: 5 cool startup jobs waiting for you in the UK 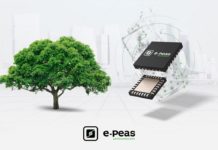 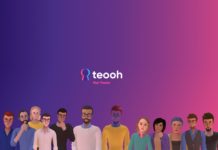