10 Slovenian startups to look out for in 2019 and beyond 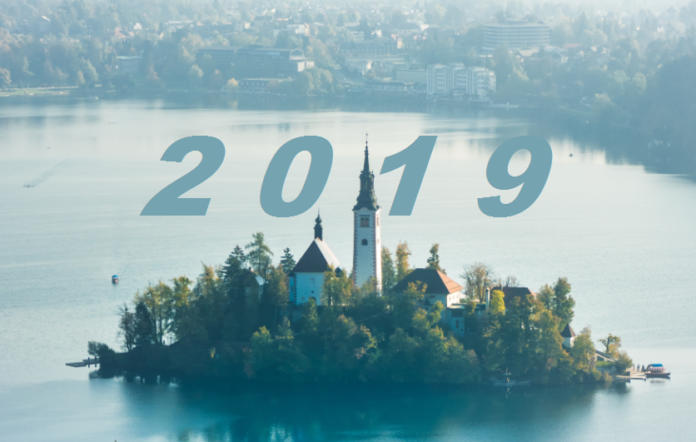 Slovenia is a small, mountainous country that sits at the crossroads of international trade routes. With a strong grasp of English, Slovenian startups are at an advantage for reaching an international, multilingual market. This central European country that was part of the former Yugoslavia is still in the early stages of developing a vibrant startup ecosystem. Nevertheless, the country has a developed economy and is the richest Slavic country in terms of GDP per capita. As far as we can tell, many of the startups being developed in the country have been utilising blockchain and cryptocurrencies – the former having recently experienced a crash, which doesn’t bode well for those startups that have funded themselves through ICOs.

Based on our research on Slovenian startups, many specialise in areas such as blockchain and travel tech, though few have jumped the hurdle of receiving VC funding, probably due to the lack of major VCs in the Slovenian ecosystem.

A few notable startups have emerged that have the potential to scale internationally. Here we feature 10 startups that we think you should look out for in Slovenia in 2019:

Nexto works to “bring world heritage to life with interactive location based AR storytelling”. Based in Ljubljana, Nexto launched in 2016 with iOS and Android handheld tours of the Ljubljana Castle, and has since become a must-have app for tourists visiting Slovenia. In addition to Nexto’s audio tours of the National Gallery of Slovenia, its Natural History Museum, National Museum, Museum of Modern History, Modern Art Gallery, and Zoo, Nexto has added gaming and augmented reality support. With its new gaming features tourists can go on a virtual quest through Slovenia – or potentially any other country, museum, or World Heritage site – collecting fun facts and game points. The Nexto app is now available in Slovenian, English, Hungarian, Croatian, Italian, German, French, Spanish, Portuguese, Dutch, Russian, Japanese, Chinese and Korean – no doubt with more languages on the way as Nexto’s platform becomes used outside of Slovenia. In 2018 Nexto won the Travel Tech Bootcamp in Eilat, Israel.

Founded in 2015 and based in Ljubljana, Smart Futuristic is trying to solve the problem of food waste by making the most of unused resources. In Slovenia it is illegal to use food that has passed its sell-by date, even if it is still good. Therefore the startup’s main solution has been to launch its own store, Robin Food, which recovers food in other ways – from manufacturers that have too much stock in their warehouses that they can’t put into circulation, products that have been returned by retailers to suppliers, products that need to be repackaged, and products that have been recalled due to rebranding. Robin Food invests a lot of energy into negotiating with suppliers to take advantage of their surpluses. The project is co-financed by the Slovenian government and the European Regional Development Fund. Right now, Smart Futuristic is finishing the beta development of its product while it plans to expand operations into other EU countries.

Founded in Ljubljana in 2018, GewdGame is an esports talent marketplace and matching service for competitive gamers with professional ambitions. It provides a platform for competitive gamers to improve their skills, build a winning team, and take the first step on the path to a pro career in esports. GewdGame functions as a marketplace, bringing together supply and demand in a secure and trustworthy environment. In each transaction, both parties agree on the timeframe, scope, and payment for the gameplay service provided. All users can both hire other players as coaches and provide coaching services, and they can join up to form teams. Players can also use the platform to find opponents for friendly practice matches free of charge.

Founded in 2015, Viberate connects artists, fans, talent management agencies and event organisers all together on the same platform. The startup collects and analyses information about musicians, venues, events and other music industry stakeholders, using big data analysis to calculate taste and true popularity. The information is then used in a set of apps that help users discover new music and events, while offering professionals an efficient tool to engage in business and make data-driven decisions. Viberate aims to do for music what IMDB did for movies, and currently lists profiles of over 300,000 artists, 2,000 booking agencies, 90,000 venues and 500,000 events. The startup raised a $1 million seed round in 2016.

Back in February 2017, Škofja Loka-based startup NV held a Kickstarter campaign to launch their new product, the “S-Holder” – a shirt suspender that keeps your shirt tucked in and keeps you looking professional (which is especially useful for men with beer bellies). The S-Holder was an improvement on the startup’s original T-Holder model, and 2,343 backers pledged $101,193 to kickstart the project. In 2018 NV ran another Kickstarter campaign to test market their W-Holder for women. That campaign didn’t reach its goal, but the demand was sufficient for NV to launch the product anyway. Over the past two years NV has expanded its distribution world-wide through Amazon Prime. This has attracted several lower-priced knock-off competitors, but NV’s improved and proven design, quality workmanship, and extra degree of style has helped them to win the “Amazon’s Choice” badge and maintain their price point.

Danes je nov dan (in English: Today is a new day) is a non-profit institute and website dedicated to “Nurturing critical thought. Posing other questions. Hacking a new day. Nurturing a safe, inclusive and modern web. And world.” Danes je nov dan got off the ground in 2013 by winning three out of five funding rounds from Google’s Digital News Information Fund, for its solutions Parlameter and Commentality. Parlameter is a parliamentary monitoring tool that enables users to gain unique insights into the work of their representatives. By analysing data gathered from parliamentary sources and visualising it in embeddable information cards, it allows journalists to save time and enhance their online articles with relevant interactive content. The startup’s other solution, Commentality is an embeddable solution for online news organisations that facilitates constructive discussions. It allows users who make comments to engage with others’ statements in a way that both lowers the engagement barrier de-escalates confrontations for participants who are highly emotionally motivated by the subject.

Fastcast is a media tech startup that makes casting easy for scouts and talent managers. ​​Just founded in 2018 and based in Ljubljana, its platform uses AI to match actors with casting calls, allowing agents to easily discover ​new​ talent ​for​ ​​movies,​ ​theatre,​ ​TV​ ​commercials,​ ​voice​ ​overs, music​ ​videos​ ​and​ ​more.​ Actors and models can find work by browsing the site for open projects (which for now are limited to Slovenia) while Fastcast’s search engine enables agencies to vastly increase their productivity by finding the right talent and filming locations within minutes – from athletes​ ​to​ ​stuntmen,​ ​dancers,​ ​musicians, professional​ ​actors,​ ​high​ ​end​ ​apartments,​ ​abandoned​ ​houses,​ ​and factories – choosing from four different plans, from free to unlimited. The startup’s platform and accompanying app allow agents to browse profiles, chat with talent, send and receive files, and more.

Ljubljana-based fintech startup MoneyRebel is an all-in-one financial platform that connects individual investors with a marketplace of advisors and regular finance with crypto finance. Founded in 2017, the platform integrates cryptocurrency management with the traditional concerns of tax planning and advising. It features iOS and Android apps on the front end, and automated market analysis and regulation monitoring on its backend servers for advisors.Users can link accounts and allocate resources between three interconnected portfolios for a complete, 360° overview of their personal finances. They can create their own crypto wallet, keep up-to-date with news, and even download e-books from the available library. In addition, users can choose from verified advisors and communicate with them on the platform’s dashboard.

Founded in 2016, Qvedo is an online marketplace that connects tour and activity operators with travellers, offering all sorts of tourist activities. Its mobile app is available on the App Store and Google Play. The application allows users to search for different activities, read about them, and then book and pay for any activity via the application. The activities offered through QVEDO are priced the same as they are priced by the actual providers, while the startup takes a 15% commission for every purchase made through its app.

CargoX is an independent supplier of blockchain-based Smart Bill of Lading – a detailed list of a ship’s cargo in the form of a receipt. Its solutions provide an extremely fast, safe, reliable, and cost-effective way to process Bills of Lading anywhere in the world. CargoX has developed a decentralised platform based on the Ethereum network, and has a pipeline of future products for the supply chain industry. In November 2018, CargoX took first prize in the IRU World Congress Startup competition among 77 competitors from dozens of countries, and it already has an impressive list of international corporate partners. CargoX was founded in Ljubljana in 2017 and has a market cap of $7 million, largely derived from an ICO offering in February 2018.

10 promising Slovenian startups to watch in 2021

10 most promising Slovenian startups to watch in 2020