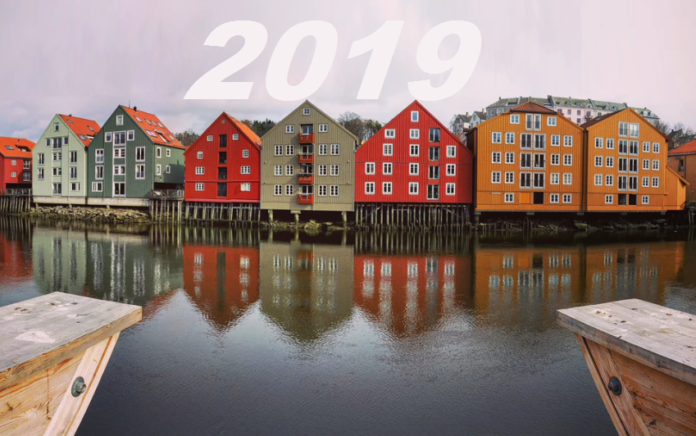 Whales, oil, fjords, and a generous welfare state are all things that come to mind when we think of Norway. What the country is less known for is its unique startups. From clean energy to construction tech, fashion tech, and more than its fair share of social impact startups, here are 10 startups from Norway that we think deserve your attention in 2019:

Founded in 2016, Otovo has created unique platform that sells solar panels, simplifies installations, and compares the costs of dozens of local installers in a moment. Otovo’s solar panels generate clean energy for 25 years, and the startup buys back any extra energy produced. The startup’s planned European expansion will help accelerate the transition to a greener economy across the continent. The startup was the winner of the Oslo Innovation Award 2018, and recently raised €10.5 million from investors KLP Liv / KLP AksjeNorge and Nysnø to expand its solution across Europe.

Based in Oslo, Lawbotics’ main product is its legal platform Lexolve, which has a suite of legal tools that make routine legal work, like creating standard legal documents, easier than ever. Founded in 2017, Lawbotics won immediate recognition from the magazine Innomag as one of the most innovative companies in Norway. In addition to its platform, Lawbotics has also created a community of “legal teachers” with more than 1,100 members that organise regular meetups, making it one of the world’s largest legal tech communities. The startup has so far raised €565k over two rounds.

Bergen-based Leieting is a rental platform for the sharing economy. The company matches individual and corporate owners of vehicles, trailers, motorcycles, boats, photography equipment, sports equipment – all kinds of crowd-sourced paraphernalia – with renters. Listings are free, but Leieting charges a 20% commission, part of which goes to insure owners against damage and loss and to maintain the Leieting platform, which maintains reputation data for owners and renters alike. Leieting was founded in 2015 and is based in Bergen. The company has raised $677k across three rounds.

Climate change is the greatest challenge facing humanity today, and Ducky is tackling the issue with innovative tools to measure, educate, and mobilise people to take action on carbon sustainability. Ducky’s platform offers a range of products based on climate and environmental research data, where you can monitor your personal footprint in their climate calculator, learn about climate psychology, and reduce carbon emissions through friendly team competitions. The startup provides tools for businesses, organisations, and schools to mitigate their impact on the climate. Founded in 2014 and based in Trondheim with offices in Oslo and Stoke, UK, 15,000 people have already participated in competitions on Ducky’s platform. The startup recently raised €330k.

Founded in 2016, FJONG has set out to transform the fashion industry by introducing a convenient way to rent and share clothes, providing limitless access to clothing in an affordable and sustainable way. The startup offers a clothing rental and subscription service from a digital closet, with an AI-powered digital stylist that ensures a tailor-made experience for every user. The startup already counts over 25,000 users and features more than 3,000 items to rent. In 2018, FJONG set the Norwegian record in crowdfunding, with both the highest amount raised, €823k, and the highest female investor share.

Founded in 2016 and based in Oslo, Vibbio is a video creation platform for businesses. Most professional video is shot in 16:9 aspect ratio, which isn’t well-suited to smartphones and social media – and this is only one of many issues the startup is tackling to create more effective videos. With Vibbio, customers can book filming sessions or design workshops with video specialists. The finished shoots, clips, and integrated text and audio are stored on Vibbio’s cloud, and from there the videos can be branded and tailored for different language markets and social media channels for instant reincorporation into ad campaigns and online content. Showcases of Vibbio videos can be found at #vibbio on Instagram and on their YouTube channel.

Oslo-based construction tech startup Imerso uses laser scanners and drones, along with its own mobile scanning app and Building Information Modelling (BIM) to create 3D digital twins of construction sites. The virtual models are then analysed with Imerso’s software, which immediately catches mistakes in the projects and prevents delays – allowing defects in construction sites to be detected within just minutes, and saving both time and money for developers. As we reported in November, Imerso recently raised €1.8 million in a seed round, which it plans to use to expand beyond the Nordics.

Founded in Oslo in 2015, Gobi is an interactive app for sharing group stories. Unlike Snapchat, Gobi’s emphasis is on sharing with groups rather than individuals. Users (called “Goobers”) post interactive stories (called “goobs”) to share with one or many people. Groups are a particularly useful feature for celebrities, entertainers, and people with public lives apart from their private lives. Groups can also create goobs that follows a favorite TV show or sports team. Available on both iOS and Android, Gobi’s in-app tools facilitate the editing and sharing of goobs – captions can be placed on pictures, and timers can be set to display pictures for from 1 to 10 seconds.  Goobers can also put “stickers” on pictures to link pictures and goobs, and various groups and subgroups can be formed, moderated, and password-protected. Gobi raised a $500k seed round in 2017.

Founded in Oslo in 2018, Lendonomy is a peer-to-peer mobile lending platform for young adults that combines gamification, social networking, AR and blockchain. The startup is often referred to as an “AirBnB for money,”​ for its unique approach to democratising lending. Lendonomy seeks to solve the problem of invisible poverty faced by millions of young people today, and inspire them to support and trust each other through sharing and lending money to peers around the world. Unlike conventional P2P lending platoforms, Lendonomy lets socially responsible companies engage and help young people afford basic needs while also incentivising the platform users with the companies’​ products and services. It also includes elements of AR-gamification and education to teach the youth be better investors, money-savers, and responsible consumers.

Founded in 2016 in Oslo, Maindeck is a platform that facilitates ship maintenance, covering a ship’s entire dry-docking process from pre-project inspection to final reporting and closing. Maindeck’s mobile inspection app captures on-site pictures and comments, and syncs them to its web application in real-time or off-line. Its project preparation tools support specification-sharing, collaboration, and subcontractor bidding. Project management is supported with personnel management and real-time integration of mobile inspection. Data can be collected and reports can be generated daily down to the final report. Maindeck raised a round of €300k in October 2018.

Mary Loritz
Mary served as Head of Content at EU-Startups.com from November 2018 until November 2019. She is an experienced journalist and researcher covering tech and business topics.
RELATED ARTICLES
Norway-Startups