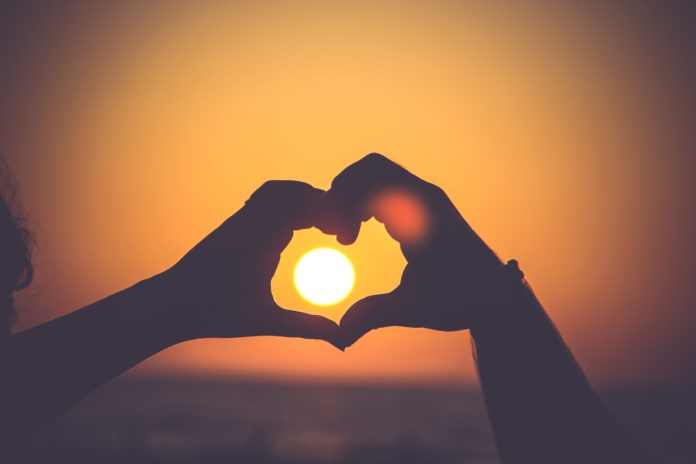 Valentine’s Day was last week. Yet, if you are single, chances are that you can’t shake off the memory of couples involved in blunt, undisturbed public displays of affection.

Its that time of the year when single people are encouraged to either hide in shame, or find themselves a galentine, and indulge in self care and generous amounts of chocolate.

Personally, I don’t think anyone should feel particularly miserable if they’re not coupled up for Valentine’s Day, nor do I think anyone really needs a survival guide to go through this consumeristic, diabetes-inducing holiday. I do think, though, that technology can come to the rescue if someone is feeling lonely and in need of meaningful companionship – any day of the year. Hence, the most effective way to cope with the spirit of festivity might be to get on the dating apps bandwagon.

Surveys show that over 13% of participants got engaged or married after meeting through an app. Other studies imply that dating apps have had a huge generational impact; 80% of Tinder users are millennials and the app has revolutionised their approach to romance for good.

One thing is for sure: algorithms that match you up with your significant other are more popular than ever. Also, in comparison to old-fashioned methods for researching partners such as personal advertisements or speed dating – which were awkwardly popular in the late ’90s – these digital surrogates are much safer and less time consuming.

Here is a list of 10 European startups that are incredibly invested in your love life and will get you hooked in no time:

Mint.me was founded in 2015 in Latvia. The startup can be best described as a location-based mobile dating app that helps you meet with people around you. The mechanism of matching with potential partners is similar to Tinder but with one exception: users don’t need a mutual match to start messaging. Instead, the app allows for a looser approach. In 2016, Mint.me raised $1 million in funding.

Vieloco promises to match you with a partner based on your shared passions in life. With the app, you can fill your profiles with your interests and hobbies, from 23 curated categories and over 300 passions ranging from what kinds of music you like, to sports, types of food, books, and leisure activities – and you can search for matches based on the passions you have in common. Founded in London in 2014, VieLoco lets you explore other users’ profiles, with photos, personal videos, fun biographies, and interests. The app also allows chatting, live streaming, and lets users send each other gifts.

GoodOnes takes online dating to the next level in terms of security. The app in fact only hosts users that are verified through Bank ID. Founded in 2016 in Sweden, the platform makes sure its users are authentic people, with zero fake profiles and trolls. Those who cannot behave in accordance with the high standards of the app are simply banned forever. This ensures that users may decide to swipe right (or left) in a completely respectful and safe environment.

This Finnish startup has designed a dating app with which users can see more than a photo of the other person, namely videos. This makes Klip the world’s first quality video dating app. The people behind the idea insist that videos make users’ profiles more lively and fun to watch. Founded in 2016, Klip has 1,619 monthly app downloads. The young company has been acquired by Discotec Oy; the parent company is based in Finland as well.

SHAKN is a Spanish dating app founded in 2015. Its primary focus is to match registered users through the content they share and like. Users accounts looks like simple social media profiles, filled with personal contents such as photos, quotes, and music. SHAKN aims to disrupt traditional e-dating with a fresh approach to enriched profiles. The SHAKN dating app has raised a total of €2.6 million to date.

If you are tired of basing your love life on cold, digital interactions, you are the right match for Fuse. Fuse is the first dating app with real-life dynamics at its heart. Set to launch this spring, the Berlin-based startup is planning to shake up the dating industry by matching modern technology with your analog world. On Fuse can listen to someone’s voice, picture their world, and get to know their essentials – like what they love, hate, and want – before you match or meet. Fuse was founded in 2017 by Georg Gajewski, Mirthe van Popering, and Jaschar Vossoug – two Berliners and an Amsterdammer who set out to revolutionise online dating with an app that they would use themselves.

Move over, Grindr. Chappy is Bumble’s gay dating app partner, specifically dedicated to the male gay community. Chappy provides gay men with a safe, welcoming and high quality platform for connecting and dating online. Recently, Chappy partnered with GLAAD to raise money for the LGBTQ+ community and foster acceptance. For every new chat initiated on the platform, Chappy will make a donation to GLAAD throughout 2019! Based in the UK, Chappy was founded in 2016.

British dating app Lumen came to life just a year ago and is specifically designed for the over 50 crowd. The app offers its users a judgement-free environment: they utterly dislike the terms ‘senior dating’ or ‘mature dating’ and strictly avoid stock photos of 70 year-old retirees, snoozing together in hammocks. Promising to be the first modern dating app targeted at this age group, the app instead places a major focus on safety and honesty, because they “know that those are things their users value”, but they also understand that their community is still active and fun. This London startup with a fresh approach has already raised a total of £3.5 million in funding.

Getting over a breakup? Breakupbuddy (abbreviated to BUB) is there for you. It’s not your average dating app, but based on 10 principles, called the “BUB code” – including “love yourself”, “let go of expectations”, and “be someone you want to be around”. The app uses details of your past breakups to connect you to like-minded people and create a community. In other words, BUB is all about you embracing the single life, getting out there and doing things, not just talking about them! “Be single together” is the app’s motto, and it encourages singles to find people with similar interests and enjoy love encounters lightheartedly.

Have you ever noticed that you tend to pick the same types of friends or partners? MeetRobin believes that this is due to a persons attachment type, which determines how they relate to other people. Through its quiz, MeetRobin determines your attachment type: are you an Island, an Anchor, or a Wave? Based on your type, MeetRobin introduces you to one new potential partner a day that they think you’ll be compatible with. There’s no need to register – MeetRobin is designed to be used directly through Facebook Messenger. Based in Berlin, the startup was just founded in 2019.