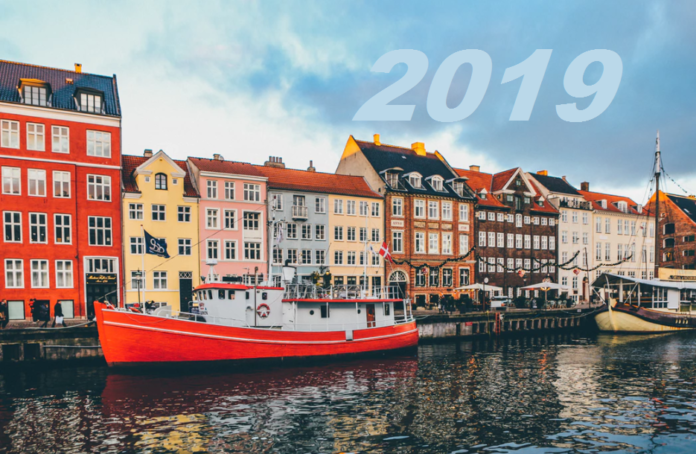 Denmark is known for its high quality of life. It’s consistently ranked the world’s happiest country – with its concept of ‘hygge’, which refers to cozy social interactions; its cycling culture, with twice as many bicycles as cars; liberal values; and the lowest levels of corruption in the world.

Its capital, Copenhagen, is home to a budding startup scene. Denmark doesn’t have many later-stage funds – limiting round sizes – however many startups are starting to scale despite this. And though round sizes tend to be small, Denmark still has many funding rounds for a country with a population of just 5.8 million people, and even has a higher investment ratio in startups per capita than France, with its very active ecosystem.

Here are 10 of Denmark’s recently founded startups that we believe are on their way to success in 2019 and deserve your attention:

Too Good To Go is Europe’s leading app for fighting food waste. The free app connects customers to restaurants and stores that have unsold, surplus food, and counts 7.5 million users across nine countries, along with 15,000 partners including retailers, hotels and restaurants. Launched in 2016 in Copenhagen, the app has just hit the 10 million meal milestone – the number of perfectly edible meals its users have saved from the bin. This means the app has saved the equivalent of 10,000 tonnes of food, and 20,000 of CO​2​ emissions from wasted food production – a leading cause of climate change. The startup has just raised €6 million, bringing total investment in the startup to €16 million.

Based in Copenhagen and Brussels, Ulobby offers an SaaS platform that makes it possible for everyone to work as lobbyists and professionalise their lobbying activities. Ulobby’s vision is to make the discipline of lobbying more democratic, transparent and accessible for everyone – not just in Denmark, but the entire world. The Danish Chamber of Commerce was an early adopter that “has used the platform for years”. Ulobby was founded in 2016 and is based in Copenhagen. It received early funding from Innovationsfonden and DanBan in 2017 and a second round from Capnova in 2018.

Founded in 2015, Copenhagen-based Pleo combines payment cards that can be easily assigned to employees with individually set limits, with software and mobile apps to automatically match receipts and track all company spending in real-time with detailed analytics. Pleo does away with expense reports, and automates bookkeeping tasks as it integrates directly with accounting software providers, saving companies time and money. 10 new businesses join Pleo every day, most of them from the UK. Currently only available in the UK and Denmark, around 1,500 companies have switched to Pleo just in the last year. Scaling up, Pleo raised a $16 million Series A round led by Kinnevik in March 2018.

Hedia has developed an app that makes everyday life easier for people suffering from type 1 and 2 diabetes. Using artificial intelligence Hedia learns the patterns and habits of the individual diabetic and uses this knowledge to notify the diabetic when insulin readings or administrations are needed and to recommend appropriate insulin dosages for the individual’s lifestyle. Founded in 2015, Hedia is based in Copenhagen and has received seed money from SEED Capital, PreSeed Ventures, and the Berlin Startupbootcamp. Hedia is available for iOS, and an Android app is in beta.

Happy Helper is the leading Danish platform for on-demand home services, connecting over 12,000 households looking for home cleaning services, with more than 3,500 top-quality, pre-screened independent cleaners – or as they call them “helpers”​. With an easy booking process, secure payment, and a 100% money-back guarantee, this startup is the most convenient way to book cleaning services in the country. However, you shouldn’t be fooled by their passion for cleanliness, Happy Helper is not a cleaning enterprise, but an “AirBnB-like”​ online marketplace, matching customers with cleaners. Since it was founded in 2015, the startup has raised a total of $7.9 million in funding.

Artland is a social art market dedicated to connecting art collectors and galleries worldwide, giving art collectors tools to navigate in a diverse art world. The Artland app allows users to create profiles, upload photos of their collections. In this way the app creates a professional network that connects like-minded art lovers and, potentially, collectors, galleries, and art buyers. The website is itself a kind of gallery-of-galleries, so while the Artland app is free for collectors to use, Artland makes its money from gallery subscription fees. Artland was founded in 2016 by Danish brothers Mattis and Jeppe Curth, and is based in Copenhagen. It has raised $1.9 million in seed rounds led by PreSeed Ventures, including a $1 million round in March 2018.

Grandhood is developing an alternative pension fund tailored to SMEs. Employees can enroll in a individual pension plan using their Danish internet ID (a “NemID”) and the Grandhood app. The fund itself invests the enrollees’ money according to a long-term global strategy with a focus on a good balance between different asset classes. To protect the pension fund against the ups and downs of the financial markets, Grandhood relies upon Exchange Traded Funds. ETFs trade thousands of different equities and bonds as a group with very few transactions and consequent lower fees. Based in Copenhagen and founded in 2017, Grandhood has so far raised $2.5 million in two rounds led by PreSeed Ventures.

Founded in 2016 in Copenhagen, Tame is an all-in-one event planning platform that is already being used by event planners in over 70 countries. According to the startup, 90% of event planners are still stuck using cumbersome spreadsheets, and Tame has set out to change that. With its sleek platform, event planners can build their event programme, collaborate with coworkers and external partners, and manage speakers, partners and suppliers, tasks, and ticket sales all in one place. The startup has raised two small funding rounds in 2018 for a total of €617k, which it is spending on product development, increasing its sales and marketing initiatives, and scaling geographically.

Seaborg Technologies was founded in 2015 and is based in Copenhagen. Seaborg Technologies emerged as a collaboration between a small team of physicists, chemists and engineers with educational roots at the Niels Bohr Institute, CERN, ESS (European Spallation Source) and DTU Center of Nuclear Technologies who shared a common vision of sustainable and cheap nuclear power. Seaborg has developed a fundamentally new type of nuclear reactor based on a combination of molten salt technology and thorium. The molten salt technology is “inherently safe”, while the thorium “allows the reactor to reuse old already-spent nuclear fuel (nuclear waste) from conventional nuclear power plants”. In April of 2018 Seaburg Technologies received a funding round of €1.5 million from various investors, including the EU.

With the Plant Jammer app, you can learn how to make healthy, vegetarian dishes using the ingredients you already have in your kitchen. You just tell the app what foods you have in your pantry, and it uses machine learning to tell you what delicious recipes you can make, and how to make them. Based in Copenhagen, and founded in 2016, Plant Jammer raised a €150k seed round in August 2018.