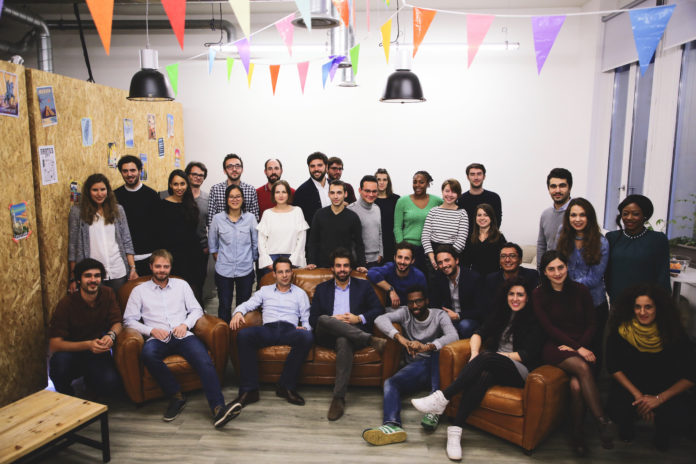 The average driver spends a year of their life looking for a parking space. Paris-based Onepark, a mobile app and online car park booking platform, is changing that by allowing drivers to compare, book, and pay for their parking space in advance.

Onepark has just raised a €15 million round led by AccorHotels, one of the world’s leading hotel chains with almost 4,700 hotels in 100 countries. Groupe ADP (which operates the Paris airports Roissy-Charles-de-Gaulle, Orly and Le Bourget), Keolis, as well as business angels Christophe Courtin and James Blouzard also participated in the round. In November 2017, the company raised €12 million from Keolis to expand its service in major European cities.

Launched in 2014 by David Vanden Born and Gilles Latouche, Onepark offers a platform for drivers to compare and reserve online parking spaces. For this, the company has developed partnerships with parking managers in major cities, railway stations and airports, as well as with hoteliers and businesses ready to make their parking spaces available. It currently collaborates with its new investor AccorHotels, which already uses Onepark’s platform in nearly 250 of its establishments, and Groupe ADP, which offers 40,000 parking spaces in Paris airports.

Onepark currently offers spaces in over 1,500 parking lots throughout Europe including France (1,000), Spain (100), Belgium (50), as well as Switzerland, the Netherlands and Luxembourg. The startup claims that it sells more than 100,000 hours of parking each day. The company faces competition from French Zenpark, Yespark and OPnGO, who offer a similar service, as well as the Spanish Parclick and the Swedish EasyPark.

The new funding should allow Onepark to accelerate its deployment in Europe, expanding its service in the countries where it currently operates, and to launch its service in Portugal in the coming weeks, after having established in the Netherlands, Italy and Germany last year.

By 2023, Onepark aims to have 5,000 parking lotson its platform, more than three times its current inventory in Europe, for a total of 100,000 parking spaces. To support this growth, the company plans to increase its workforce to more than 100 employees by the end of 2019.

By the way: If you’re interested to join a fast-growing startup like Onepark, make sure to check out the EU-Startups Job Board.

Share
Facebook
Twitter
WhatsApp
Linkedin
Previous articleArticle 13: How startups would be affected by such a Copyright Reform
Next articleParisian art marketplace Singulart raises €1.5 million to further its international expansion