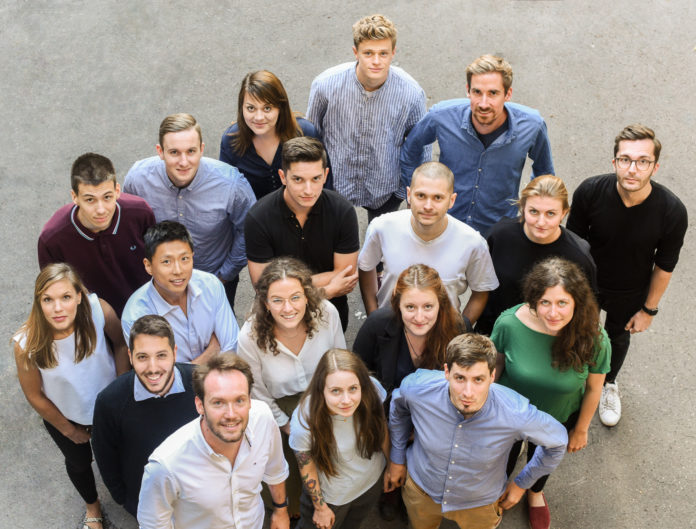 More than 300 million people worldwide suffer from depression each year according to the World Health Organization, and one in four people are affected by mental illness at least once in their life. What’s more, 50% of these people are never even diagnosed – and even less receive treatment, making depression a serious global health epidemic.

Berlin-based app Moodpath helps those who may be suffering from depression to identify the condition by tracking their mood on a daily basis, making an assessment based on that data every two weeks, and providing over 150 personalised exercises to help treat depression and its symptoms.

Now, in just a little over two years since its launch, over one million people in 45 countries have downloaded Moodpath. In 2018 alone more than 850,000 people downloaded the app.

Founded by Mark Goering and Felix Frauendorf in 2016, Moodpath was developed in collaboration with psychologists, doctors, and patients. Moodpath is now the leading depression app in North America, Europe, and Southeast Asia. So far, Moodpath has raised a total of €2.7 million in funding.

Here’s how Moodpath works: it asks users three daily blocks of questions related to emotional and physical well-being, such as “Do you currently have significantly less energy?” or “Is your self-confidence clearly lower than usual?” The answers are then evaluated by an adaptive algorithm, which follows up with additional questions tailored to the responses of each individual user.

Based on the screening, the app provides users with an evaluation every two weeks as to what extent symptoms of depression are present. The user can then choose to have the app generate a letter to a doctor, making the initial consultation easier for both the affected person and medical professionals. To date, Moodpath has generated more than 220,000 of these letters worldwide.

Because the screening takes place in real time via smartphone, the app avoids the problem known as “recall bias” – in which patients report their emotions and thoughts to the mental health practitioner after they have occurred, which is often distorted by memory and perception.

Psychologist and co-founder Mark Goering explains: “If you didn’t sleep well twice, in retrospect many people will think that they had bad sleep for two weeks. When diagnosing mental illnesses, therapists always deal with the challenge of having to rely on the subjective snapshots of patients. We solve this problem with Moodpath.”

Looking to the future, Moodpath intends to develop technology that digitally accompanies all parts of the mental health care chain and complements conversational therapy in the best possible fashion. To reach more people in 2019, Moodpath plans to further develop its offerings and expand geographically, while establishing partnerships with stakeholders in the healthcare system such as clinics and insurance companies.

“I have been following the development of Moodpath for a long time and what I especially appreciate about it is the continuous scientific evaluation of the app,” said Dr. Leonhard Schilbach, Managing Director and Psychiatrist at the Max Planck Institute. “Moodpath is a very sophisticated e-mental health tool that has the potential to be very helpful, both in the general population and for specific target groups such as people on the autism spectrum. The data used for research can contribute to a better understanding of the different types of depression and who really benefits from which therapies. We are very excited about this collaboration!”