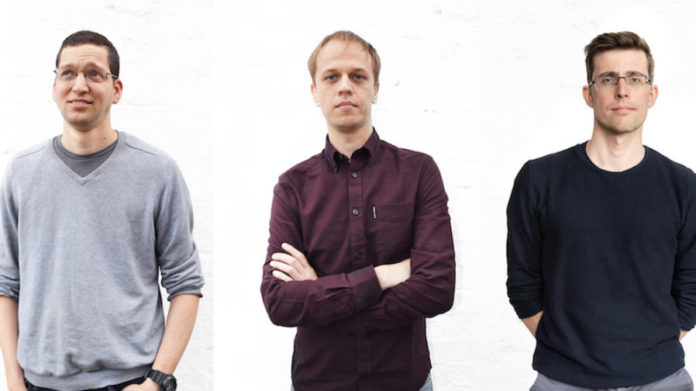 London-based startup TaxScouts combines automation and accountants to offer personalised online tax preparation at a fraction of the normal cost. As the deadline for submitting self assessment returns approaches in the UK, TaxScouts announced that it has closed a round of €1.4 million, which it will use to double its team in the UK, while also investing in operations and marketing.

The investment round was led by SpeedInvest, with participation from Finch Capital and Seedcamp, following on a pre-seed round of €340k raised last July.

“This funding could not have come at a better time,” said Mart Abramov, co-founder and CEO of TaxScouts. “Not surprisingly, the last few months have been explosive for us as we are gearing up for our very first tax season. Since October our user base has been doubling every month and the feedback has been nothing short of amazing. People truly seem to appreciate the online tax service combined with personalised advice from qualified accountants, so with this new round of investment we’ll be able to focus on scaling the company to keep improving our services to both taxpayers and accountants.”

Last year, over 11 million Self Assessment returns were due and even though 93.5% were received by midnight on 31 January, more than 1.2 million people left their taxes to the last minute, submitting their information in the two days before the deadline, and 30,348 people completed their returns in the last hour before the submissions closed. According to HMRC, over 745k people missed the deadline altogether, incurring an initial £100 fixed penalty. TaxScouts is helping taxpayers to avoid this chaotic eleventh-hour scenario by automating personal income tax preparation, offering a service that is cheaper than hiring an accountant from the high street, but with the same benefits.

For £99 taxpayers can go online for a simple tax assessment that will help them understand their personal income tax situation, suggesting ways to reduce their tax bill and telling what information is needed to move forward.

“With an ever increasing amount of people in the UK experiencing non-standard income and with late fines amounting to billions last tax season alone, the time is better than ever to fundamentally redefine the experience, to make it seamless for everyone,” said Anthony Danon, Principal at SpeedInvest. “TaxScouts has built automation that brings simplicity, speed and convenience through a unique approach that creates shared value across taxpayers and accountants.”

The company partners with accountants throughout the UK, enabling smaller regional accountancy firms to expand their customer base on nationally. TaxScouts hope to quadruple its network of accountant partners by the end of 2019, and to reduce accountants’ workload by 80% through process automation and digital data processing in the coming years.