The rise of influencers: What they do, how to find them, and how they can help grow your startup 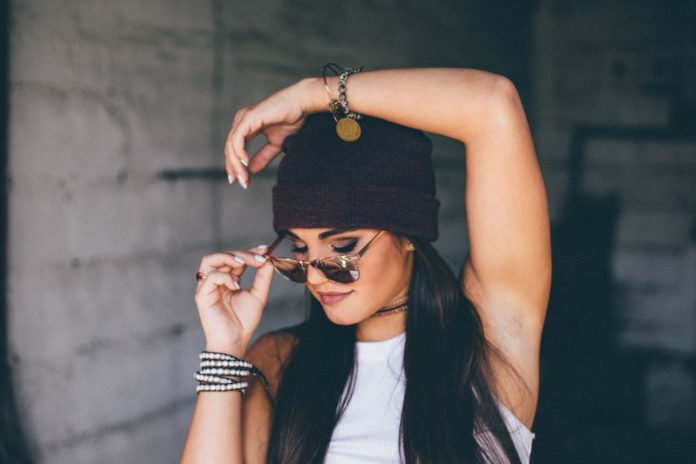 An influencer is someone who has the power to affect purchase decisions of others because of their authority, knowledge, position or relationship with their audience. Their audience could be anyone from school kids (think PC games or sports), to budding chefs or business owners.

A website is rated on its Expertise, Authority and Trustworthiness (EAT). The same criteria applies for individuals who can influence followers (or, their audience). However not all influencers are experts or authorities on a subject, which is where it gets complex.
What makes an influencer unique is their following on the web, particularly social media. Depending on the industry, they could have hundreds or even millions of followers.
There are many influencers within any industry – for example a marketing executive on Linkedin, a fashion vlogger on Youtube, a photographer on Facebook, or someone with a large following on Twitter. Influencer marketing is widely known in fields such as fashion, beauty and lifestyle products but can have dramatic effects in many other industries.

How does a celebrity, industry expert, blogger or employee help influence others to engage with your product or service?

Probably the most difficult type of influencer to attract, but obviously a powerful draw. These mega-influencers often have one million-plus followers and drive massive followings on their posts. Just because they are an influencer though doesn’t mean they are useful for your brand. These are best for driving awareness of a brand, but not necessarily for conversions or the ability to drive any form of desired action from their audience. This begs the question, what can they do for you? Examples include major pop stars such as Beyonce or Lady Gaga, or actors like George Clooney. Major business figures, such as Richard Branson and Bill Gates, would also fall under this category.

These could be executives, journalists and professional bloggers. They typically have 10,000 to one million followers, with even higher engagement per post. Their ability to create targeted content on a topic can be higher than that of celebrities. And while they don’t carry the same weight as celebrities, industry experts still have a moderate ability to drive the desired action from their audience. Examples include the much loved (and derided) CTO of the Daily Mail Oleg Vishnepolsky and the entrepreneur Gary Vaynerchuk, but also business authors like Daniel Goleman.

Both celebrities and macro-influencers are more likely to be motivated by money which means paying for their services to influence a post. This obviously gives your brand some awareness often in exchange for large sums of money.

For many startups, these are likely to be the ideal brand ambassadors, coming from both employees or customers. Employees and customers drive engagement from their followers who often have shared interests. They take up recommendations and increase conversions. Some influencers are business owners in a craft or trade niche, as well as teachers or lecturers. If you have taken part in any online course training MOOC, there’s a possibility you may have followed the lecturer on Twitter or LinkedIn as they impart more of their wisdom on new software tools and processes.

One example is self-publishing startup LeanPub’s and own book from Dr. Brian Caffo. Where is the influence you may ask? Following a key lecturer on a subject (Dr. Caffo), and reading about best practices provides recommendations for productivity hacks and software tools (i.e., Github and others to optimise workflows). Some of these programming efforts are in their early stages (The programming language R was adopted most commonly in the early 2000s).

In a busy market, it is difficult to find genuine influencers. There are some platforms such as Instagram which are useful, but have also become magnets for the unscrupulous. Some self-styled influencers charge a lot of money for an Instagram post or a Facebook referral, but the cost doesn’t justify the means. The best advice if you’re new to the ‘influencer’ game, is that if you have to pay someone, they are not an influencer for your startup. Don’t be confused between influencer marketing and celebrity endorsements. Influencer marketing creates word-of-mouth advertising by people who are trusted in their circle of influence. If you have a large marketing budget then better to pay for a celebrity endorsement such as Kanye West using your branded widgets.

There is an ethics element to influencer marketing; in the same way that you wouldn’t pay for a review of your product, an influencer shouldn’t expect to be paid, either. However, by all means, provide them with something in return; a gift such as a few months free trial to your service. Paying influencers to promote your business, service or product is crass and smacks of desperation. And if you get found out, it could also become damaging to your brand.

“A SIGN OF A GOOD LEADER IS NOT HOW MANY FOLLOWERS YOU HAVE, BUT HOW MANY LEADERS YOU CREATE.” – MAHATMA GANDHI

What is the alternative? Find people who you think would be enthusiastic about your product, and connect with them. Tell your story to employees as they build your brand. Tell them about what you’re trying to do. People in general love to help. Give them resources they can feed off and even create.

Major influencers often have their own agenda, such as promoting an industry or service. They have a vested interest in this as they may be promoting their business that serves this industry. Thinking of constant new things to write about and content to post can be challenging for many influencers. Provide that content for them to share, and it’s likely they will thank you in return.

Readers are not stupid. If they follow your influencer who posts something with a credit to you, they will read that content and likely follow you or your business in turn. This is influencer marketing.

In internet culture, the 1% rule states that only 1% of users of a website actively create new content, while the other 99% are riding along. Another is the 1-9-90 rule for social media, where 1% create content, 9% add, edit and repost and 90% only view content
For every original post created by the 1%, 9% of their followers will add, edit and amplify the post. 90% will passively consume and read it.

This means targeting an influencer doesn’t guarantee their engagement and reach for your product or service. If you don’t resonate with that influencer then it doesn’t matter how much you pay, the influence is not working. Therefore, it pays to target many influencers.

How to find influencers

As with content marketing, your audience isn’t only reading about your story. They have related interests. For example, the customer of a recruitment firm is likely to be interested in related subjects such as psychometric testing, interview techniques, on-boarding and so on. Therefore someone within these fields is a potential influencer and client.

Finding influencers who can help you attract clients means you are not necessarily aiming at your competitors to write about you and your business.

Research a number of ‘shoulder’ niches where your customers likely ‘hang out’. Returning to the example of recruitment, some of these shoulder niches would be subjects such as onboarding new employees, and psychometric testing. Therefore magazines like Human Resource, Forbes, and Director are all places where you will find potential influencers. Feedly is a great tool for finding relevant content, and in turn the more prolific authors who write about a specific subject.

Start following these authors on social media. This means Facebook, Linkedin, Twitter, Instagram, Github, xing, stack overflow, academia.edu, Reddit, Quora, Flickr, etc. The medium is related to your business or service, so not all of these will be relevant. There will be some channels more relevant than others (and maybe not listed here), which you will be aware of. Naturally, some groups and people you follow will follow you back.

Take part in discussions, and ask questions within your media space. This way you will start to see your presence felt. The usual netiquette rules apply; don’t get drawn into the low-level bickering that goes on. Keeping it positive and complimentary means your posts and replies will get noticed. I don’t mean to the point of being a sycophant, but to express your thoughts and views in a well-mannered style. If you’re new to this, then over time your confidence will grow. Don’t worry about upsetting a few people with mild comments as followers like to see an opinion they can relate to.

Once you have created a small following, reach out to some people you have identified as followers and engage them. For example, comment or post on social media about something you liked in an article they wrote, giving them credit where it’s due. They will likely reciprocate.

All of the above takes time, which often means both automating your social media feed (tools such as Ritekit and Buffer can help) and reserving some time to post and reply to comments, as well as writing longer form posts.

Since everything on social media seems to happen instantaneously, it can be easy to think you can gain influencers just as quickly. Give it time. Any meaningful relationship takes time to develop and for your ‘Know, Like and Trust’ factor to grow. If you have the means, you can employ a marketing or social media manager to do this for you.

Be genuine and don’t try to please everyone. The fact that Trump has such a loyal following is because he is so divisive. I am not suggesting you spread around fake news and grossly upsell failures, but having an opinion counts. You are not a sheep and your opinions will resonate with your followers and influencers. Speak up, don’t be shy!

Don’t get sucked into the trap of thinking ‘the higher the number of followers you have the better’. Depending on your industry this isn’t necessarily the case. Over time there should be an upward trend, but going from 100 to 2000 followers in 3-4 weeks suggests something is wrong. You can guarantee the majority won’t be following you, nor will they likely be customers.

Stick to a niche or related niches. If your feed is too diluted with unrelated stuff, then the messages given out aren’t consistent. This only confuses your followers and potential influencers, reducing the likelihood of getting them on board.

Finally, have fun with your engagement. If you don’t enjoy it, then it will never work. That miserable attitude someone engages with sends out a bad vibe and subconsciously gets picked up. Social media influencer engagement is not a sprint. It’s a marathon.

Stuart Phythian
As an experienced Senior Director of various business, from private equity financed SME’s to Managing Director of UK and overseas divisions of blue chip companies, Stuart has a wide range of experience in the engineering and technology sector.
RELATED ARTICLES
Know-How