Article 13: How startups would be affected by such a Copyright Reform 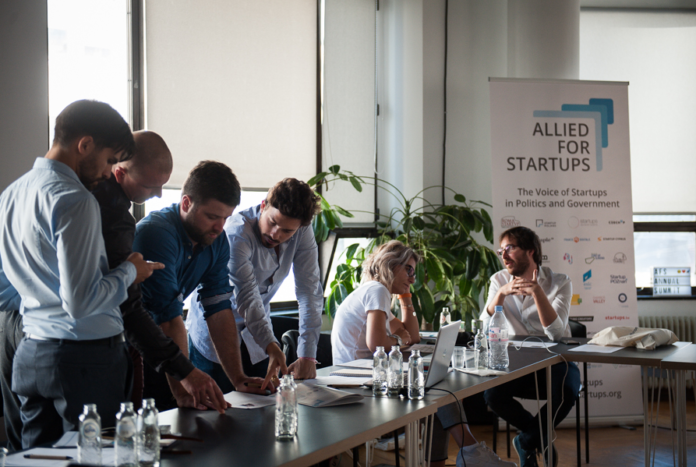 Editor’s Note: This guest post has been written by Lenard Koschwitz in collaboration and with financial support from Allied For Startups. If you’re also interested in partnering with us, just reach out.

The new Copyright Reform is only a few votes away. This means, that the European Union may require platforms to filter user’s uploaded content. To protect the open internet and keep entry barriers for startups low, many entrepreneurs, online activists  and associations are trying to fix Article 13 — a restrictive provision that EU lawmakers are currently negotiating. While the next round of negotiations on the Copyright Directive has been delayed until the 21 January, the future of startups remains unclear. In fact, the debate is not only about an open Internet and freedom of expression. It is intrinsically related to the fact that  big companies will be able to afford those new measures while startups and smaller players stay behind. The technology that platforms may soon be obliged to run on their users’ data is flawed, expensive and intrusive.

Startups usually do not have many lawyers on retainer or huge cash reserves. They do not have the time or resources to invest in big-time lobbying. This is why laws, especially in the EU should be made with startups in mind. Especially since many EU countries bank on the innovative power and the jobs startups create. The Commission counted 4.52 million Europeans working in startups.

Most of the platforms we know, ranging from software over commerce, marketplaces and creative communities exist thanks to the certainty given by the E-Commerce directive. It is the current regime that clarifies that users are liable for the content they upload on the net. Platforms have to remove illegal content once is detected but the responsibility remains with the user. What sounds pretty straightforward has been the basis for thousands of successful online startups to thrive and succeed globally.

However, with the obligation to monitor content through expensive software layers it will be hard to convince VC’s to invest in platform startups at all. Allied for Startups previously pointed out: ‘Such a wide-ranging obligation would not only deter investments but discourage a new generation of European entrepreneurs to innovate and start businesses. Article 13 (Recital 38) is problematic for startup communities in multiple ways. It creates an obligation to enter into agreements with rightsholders, however it does nothing to provide fairness, proportionality and legal certainty. The provisions would make European services, including user-uploaded content, less competitive with other regions. Companies are notoriously risk-averse, they will tend to make less content available, which is a loss for the entire sector’.

There are a lot of expectations around the final round of negotiations. The focus is to make the text as workable as possible. Allied for Startups addressed a letter to MEPs urging them not to consider the copyright reform as ‘exclusively relevant for large platforms, dominating rightsholders and media moguls and eventually artists. The implications of this reform will have repercussions for Europe’s citizens, entrepreneurs and the attractiveness of our economies and societies as a whole. In the interest of startup founders and their communities.’ They also shared concrete proposals to improve the Copyright Reform:

Startups’ founders all across Europe are passionate and enthusiastic about Europe’s future, including the creative economy and technologies. Using the Internet, everyone can be a creator and a rightsholder. Founders underline that protecting intellectual property is important, but it should not come at the cost of limiting creative use of artistic works and new ideas. New technologies are an opportunity to create a more interconnected, democratic and consumer-driven creative sector. Entrepreneurs working with artificial intelligence, robotics, machine learning, content and e-commerce platforms and data analytics are not looking for a free ride, they stand ready to make a reasonable contribution to the creative value chain, but they cannot be the gunpowder for battles between internet and media giants.

Follow #SaveYourInternet to learn more about the campaign please and visit www.innovatorsact.eu – an initiative by Allied for Startups, an organisation which provides free assistance to entrepreneurs and startup founders and community leaders who want to shape the future of Europe.

Sponsor
This guest post has been created in collaboration and with financial support from a Sponsor.
RELATED ARTICLES
Know-How