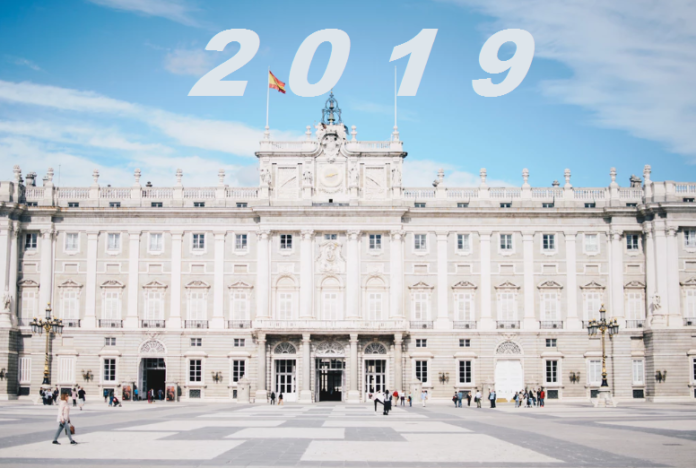 The Spanish startup ecosystem is scaling-up steadily, with another record-breaking year for funding in 2018, with startups raising a total of €1.3 billion according to data from El Referente, up from €900 million in 2017. The largest round was for the Barcelona-based second-hand marketplace Letgo, which raised €430 million in August, followed by large rounds for Cabify, Glovo, TravelPerk, and Spotahome.

According to our ranking of top startup hubs in 2018, Barcelona is now the 5th largest startup hub in Europe, and Madrid the 6th, falling just behind London, Berlin, Paris, and Amsterdam.

Here are 10 up and coming Spanish startups to look out for in 2019:

Civiciti – Recognising that democracies have difficulty interacting with and knowing the needs of their citizenry, this civic tech platform provides a simple and neutral channel for organisations, governments, and citizens to be in dialogue, in what it calls continuous democracy. Civiciti offers a platform and app that allows for citizens to participate, promotes the exchange of ideas through forums, and allows for the creation of surveys for governments to better understand public opinion. Founded in 2016, the startup has already raised €35 million to date.

Housfy – Founded in 2016 by Carlos Blanco and Albert Bosch, this Spanish startup has sold over 500 homes through its platform, mostly in Barcelona and Madrid. However the startup is growing at a rate of 23% per month, and is planning to expand internationally in 2019. Housfy says it sells flats in an average of just 60 days, at market price. The proptech doesn’t charge a commission, just a flat rate of €3,600 – which you only pay if you sell your flat. Housfy has so far raised €3.7 million.

Bigle Legal – Barcelona-based Bigle Legal automatically generates legal documents for your business. Founded in 2016, Bigle’s technology allows companies to automate the process of creating, reviewing, sending, signing, and archiving any type of contract or business document. Send your documents into Bigle, and it turns them into easy to use questionnaires that clients can fill in in a matter of minutes, using electronic signatures. The startup has raised €400k to date.

OnTruck – Madrid-based startup OnTruck has built an “on-demand logistics platform” to connect businesses directly with road freight carriers. Founded in 2016, OnTruck automates the process of matching a shipment to the right truck, for the best price, in the shortest amount of time. Ontruck raised €25 million in Series B funding in 2018, bringing its total funding to €41 million. Last January, the startup launched in the UK, and has since seen its growth in monthly shipments in the country triple. We interviewed OnTruck’s co-founder, Iñigo Juantegui, in October.

Declarando – This online tax advice platform helps freelancers who know nothing about tax law to save both money and time. Freelancers in Spain have to pay notoriously high taxes, and fill out complicated paperwork. The startup’s virtual tax advisor helps freelancers discover all of the expenses that they can deduct, and claims to save them up to €4k per year in taxes. Through the platform, freelancers can register with the government as autónomos in just a few minutes, manage their accounting, and file government tax forms. Founded in 2015, the startup just raised €525k in a funding round in December 2018.

Landbot.io – This startup uses a new “anti-AI” chatbot to help companies create conversational experiences on their websites and boost customer engagement. Founded in Barcelona in 2017, Landbot uses a rich texting interface as a website navigation tool to help visitors find out where to click, and its interactive, adaptive messaging thread uses conversational choice prompts to give them the information they need. Landbot already has over 900 customers from over 50 countries, and raised a seed round of €1.9 million in 2018.

Lingokids – This subscription-based learning platform teaches English to children ages 2 to 8 through a series of activities, games, and songs that adapt in difficulty to each child’s level, allowing for a fun and personalised experience. ​Launched in 2016, ​Lingokids now has more than seven million families registered across more than 180 countries,​ and has been growing at a rate of 300% each year. Based in Madrid, the startup has raised €11 million to date.

Eelp! – Founded in 2017, this app allows you to order a range of services at your home, from cleaning to repairs, babysitting, cooking, deliveries, tutoring, or chauffeuring. You can also use the app to do things like rent a boat or reserve a restaurant. Based in Barcelona, the startup has so far raised €750k in funding, with its latest round of €550k raised in September 2018. Though its services are now only available in Madrid and Barcelona, the startup plans to use the new funds to expand throughout the country and become “One of the largest service companies in Spain,” according to its co-founder Álex Díaz.

Medicsen – This medtech startup has created an app that uses a predictive algorithm to help diabetics control their glucose levels. The app creates custom plans for users – recommending meals, insulin doses, and exercise. Through its chatbot, users can even ask questions like: “Can I have a drink in 30 minutes?” Or, “What will happen if I go running for an hour?” The app’s algorithm then makes predictions as to the user’s glucose level under different circumstances. The startup has also created a smart patch as an alternative to needles to deliver insulin. Based in Madrid and founded in 2015, Medicsen received €187k in grant funding in 2018.

Glovo – Founded in Barcelona in 2015, Glovo offers the world’s first on-demand delivery service, allowing customers to order anything through its app with a click, and have it delivered to their home within an hour. Through its app, orders are automatically sent to couriers called “Glovers” who pick-up and deliver any product, whether it be groceries, gifts, make up, electronics, books, or flowers. Over the past three years Glovo has grown rapidly, and its service is now available in 20 countries. The startup has raised over €150 million to date and we’ve been covering its growth from the beginning – from its €5 million round in 2016 to its €25 million round in 2017, to its most recent €115 Series C round raised in July, and interviewed its CEO Oscar Pierre in December. Glovo now has over 800 employees, and has made over 10 million deliveries by over 21,000 couriers in 75 cities across the globe. 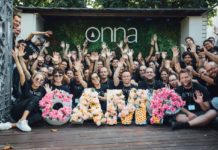 “Business travel is on the rise – we’ve just experienced a delay”: Inte... 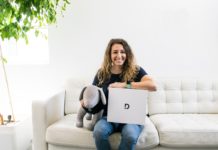 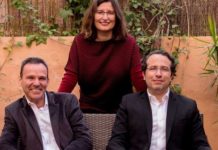 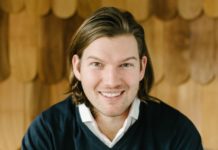