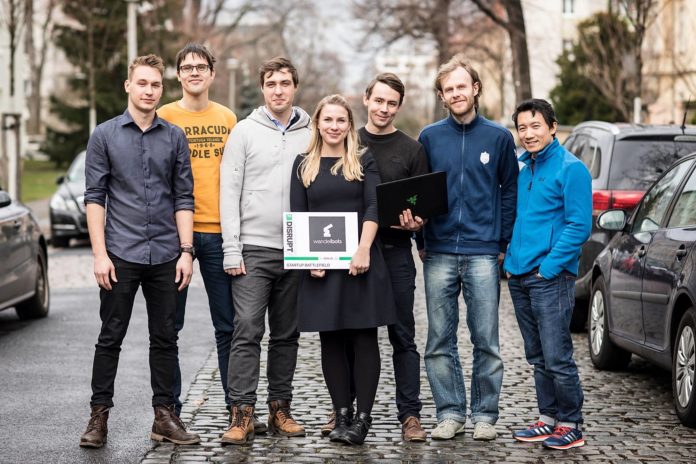 Dresden-based Wandelbots is a software company for robotic production, which utilises smart clothing as a way to control robots. The startup has just raised €6 million from Paua Ventures and EQT Ventures, with participation from existing investors, including entrepreneur Felix Haas, SAP manager Christian Dahlen, and Atlantic Labs.

The couple Christian and Maria Piechnick founded Wandelbots in 2016, along with four doctoral candidates from the Technische Universität Dresden. The team has so far released an intelligent jacket that allows robots to be controlled, which Volkswagen and Infineon are already using in assembly and logistics. Using sensors, robots can be taught how to perform a certain task by example, within minutes – without the need for any programming.

The startup’s long-term goal is to train robots “20 times faster and ten times cheaper” than with conventional processes. With the funding from the current round, the founders plan to open a new office in China, among other things.

Christian Piechnick, CEO of Wandelbots, explains: “Today, robots are only accessible to companies with long-running low-mix, high-volume production. As more than 70% of costs are directly related to the software controlling the robot, they’re unattractive for the production of small batch sizes.

“We’ve developed a universal language for robots based on smart clothing. Anyone, regardless of their technical or cultural background, can now teach any robot in the most natural, intuitive way – by demonstration.”

Georg Stockinger, partner at Paua Ventures, added: “At Paua Ventures, we’re proud to back the extremely talented Wandelbots team and provide the resources and guidance for the company’s rapid expansion. Wandelbots will be one of the key companies enabling the mass-adoption of industrial robotics by revolutionising how robots are trained and used. Over the last few years, we’ve seen a steep decline in robotic hardware costs.

“Now, Wandelbots is resolving the remaining hurdle to disruptive growth in industrial automation – the ease and speed of implementation and teaching. Both factors together will create a perfect storm, driving the next wave of industrial revolution.”

Mary Loritz
Mary served as Head of Content at EU-Startups.com from November 2018 until November 2019. She is an experienced journalist and researcher covering tech and business topics.
RELATED ARTICLES
Startups in general