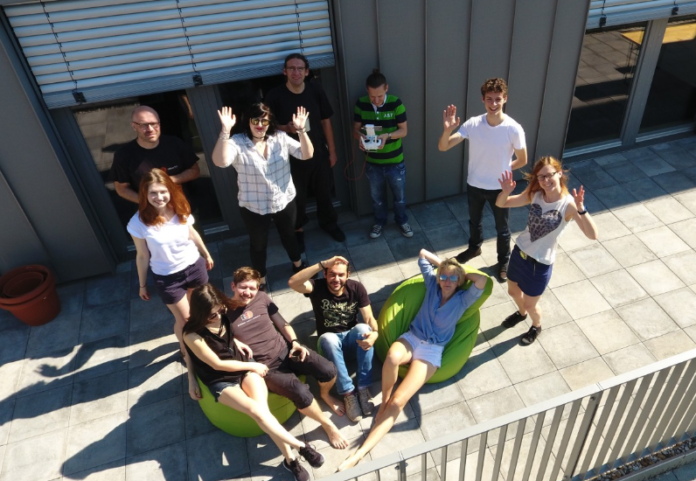 This represents the world’s first fully-compliant offering of equity on Blockchain available to the general public.

Founded in 2016, Neufund has established a legally-enforceable link between an on-chain token and real-world equity, making the offer compliant under German jurisdiction. The company’s technology enables virtually any incorporated entity worldwide to conduct a public offering on Blockchain.

“Blockchain is not just cryptocurrencies: It is, above all else, a  powerful technology enabling us to build better financial services.”

Neufund’s co-founder and CEO Zoe Adamovicz explains the company’s pioneering technology in the below video:

The Equity Token Offering combines the advantages of a classical VC round, an IPO and an ICO. Issuers can raise funds in ETH and EUR, enable tradability of tokens on secondary markets, easily conduct follow-up fundraising rounds, and build in other utility functions that significantly enhance the governance of investors.

Neufund has managed to attract new investors with diverse backgrounds, including Udo Schloemer (Factory Berlin founder and CEO), Chris Zippel, and Dario Suter, as well as secure investment from its existing investors, including Freigeist Capital and Atlantic Labs.

Zoe Adamovicz said: “Neufund’s first Equity Token Offering has received overwhelming support from Europe’s most experienced VC & angel investors, as well as entrepreneurs. It is the first time such a diverse group of investors could come  together so easily and invest within the same round. Blockchain-based equity fundraising offers highly liquid assets with codified functions such as dividend distribution and automated compliance – features that are beneficial to both companies and investors. Blockchain is not just cryptocurrencies: It is, above all else, a  powerful technology enabling us to build better financial services.”

Michael Jackson, venture capitalist and  board member of Volvo Cars, AXA Insurance, Blockchain, among others, said: “Neufund is a refreshing wind of change in the traditional VC and private equity worlds. Digitising real-world equity into Blockchain-based tokens brings a variety of benefits: Increased liquidity, programmable functions, full transparency, automated compliance, to name just a few. I’m excited to support Neufund, and truly believe we are on the way to making fundraising much more accessible.”