BuffaloGrid is solving this problem by working with organisations operating in off-grid communities to deploy its mobile charging system. The London-based startup announced today that its technology is now live in villages across rural India, bringing solar-based, mobile charging to thousands of people who previously had limited access to electricity.

In tandem with the announcement, BuffaloGrid revealed that it has raised €3.8 million, which it will use to increase the sustainability and scalability of its solar-powered mobile power and Internet technology. The funding round was led by Local Globe, with participation from Hardware Club, ADV, Seedcamp, and a grant from the EU’s Horizon 2020 program.

BuffaloGrid’s primary focus is bringing its solar-powered mobile charging technology to the 1.9 million villages without power across in India, giving over 240 million Indians access to free mobile phone charging in local stores. After expanding across India, BuffaloGrid plans to bring its solution to areas in Sub-Saharan Africa and South America.

The startup is running a pilot of its latest technology in collaboration with Airtel, one of India’s largest mobile network operators. Airtel is providing free mobile charging through BuffaloGrid Hubs to everyone who visits select stores in Uttar Pradesh, Northern India, where Bloomberg reports under 50% of all homes have electricity.

Daniel Becerra, CEO of BuffaloGrid, explains: “While network coverage and data use across rural India is at an all-time high, power is still a major problem. Bringing power to these communities not only has a huge social impact but also presents a strong commercial case to businesses operating in these areas. This is something that was overlooked in the past. The organisations using our technology are already seeing how providing mobile charging in rural areas is helping to bring visitors into stores and increase the lifetime value of customers.”

George Henry, Partner at Local Globe, said: “As soon as we met the BuffaloGrid team we were impressed by their ambitious vision and smart technology. Now we’re committed to their mission to bring power and internet to the next billion. In the future, companies like BuffaloGrid have the potential to be seen alongside ISPs and MNOs as the providers of next-generation connectivity. Their internet connected solar-powered BuffaloGrid Hub offers a scaleable solution to a global problem.”

“Over the past year, we’ve watched the BuffaloGrid team grow to include experts in a range of disciplines, their technology is now live in the field and conversations with partners and customers continue at speed. This investment round comes at a key point in the company’s journey as its technology gains traction with major enterprises and thousands of people begin benefitting from free mobile phone charging in places where access to power was previously patchy or non-existent.”

Vortexa snaps up €15.7 million to scale up its global energy and shipping analytics platform 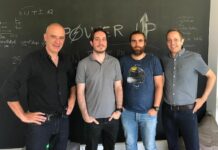