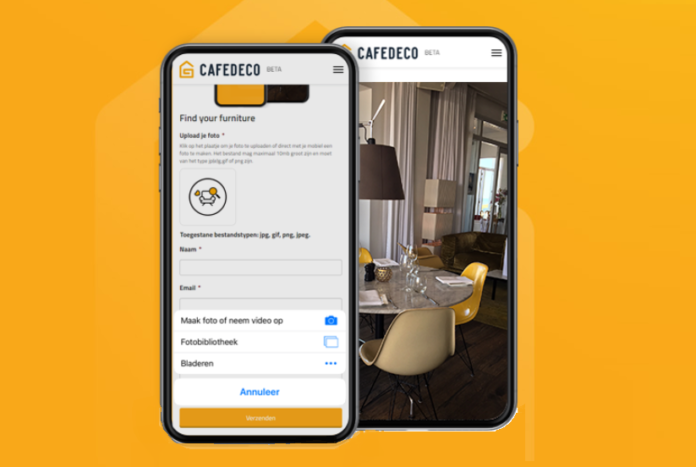 Amsterdam-based interior design platform Cafedeco is the ‘Shazam’ of furniture. Imagine you’re looking at photos on Pinterest, and you see a beautiful piece of furniture and you want it for yourself. Cafedeco lets you upload a picture of the furniture to its platform, where a team of interior specialists will identify it and find out where it’s sold.

In addition to its Shazam-like service, the platform offers a quiz called ‘Stylematcher’ to identify your style preferences, and a ‘Lookbook’ where you can browse design ideas to inspire you.

The idea for Cafedeco began in 2015, but the startup was just launched this year by Anne de Jongh, Peter Bijsterveld, Leon de Haas and Liesbeth Veen-van Adrichem. It has now raised €300k from three private investors: Herman Veenendaal, Mike Zwolle, and another investor who wishes to remain anonymous. Each invested €100k in the company in exchange for a 10% stake.

Co-founder Anne de Jongh said: “With my previous company, I was bootstrapped, without investors and shareholders. Now we want to scale very quickly, both in the Netherlands and abroad. If you want to do that, you need a good start. You have to sit comfortably in your jacket. Working together is very important for that. We wanted ‘smart money’ because you are going to fly with people like that (investors with market knowledge, etc.).”

The company plans to invest the new capital in online marketing, developing its platform, and growing its workforce. At the moment, in addition to the three founders, Cafedeco employs two part-timer workers, and is now looking for two to three full-time marketers.

Cafedeco charges a commission for every product sold through the platform through a referral, and also plans to launch a service where users can directly book interior designers.

The platform is currently running in beta version and still only has a few dozen users, however the company expects to substantially increase its user base in the coming months.