10 documentaries every entrepreneur should see 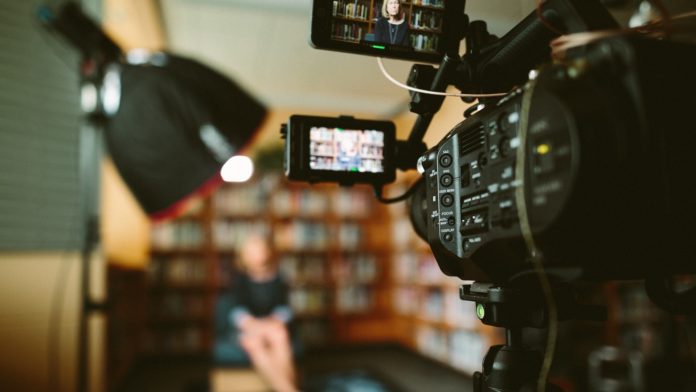 The holiday season is approaching and if you have some free time at home, maybe you’ll want to watch some of the following educational documentaries, which offer in-depth looks into the lives of founders and their ups and downs encountered during their entrepreneurial journey. When it comes to entrepreneurship on the big screen, we’ve all seen the Social Network and HBO’s Silicon Valley. However you may not have heard of these 10 lesser-known documentaries, which just might help you to turn your vision into the next big thing.

Featuring interviews with the founders of Vimeo, Soundcloud, Kiip, InDinero, Dropbox, Foodspotting and many others, Startup Kids lets you peek inside the mind of some of the most inspiring entrepreneurs of today.

Reason worth watching: The film shares insights and gives a sense of the dynamics of startup life.

Directed by Academy Award winner Cynthia Wade and award-winning filmmaker Cheryl Miller Houser, Generation Startup follows six recent college graduates building their startups as they explore their potential, take opportunities, fail and start again in a city that was at the verge of crumbling, Detroit.

Reason worth watching: It promotes risk-taking, an entrepreneurial spirit, and the revival of Detroit.

Named the #1 Documentary for Entrepreneurs by Inc., Startupland is a documentary series that follows five CEOs taking their companies from idea stage to seed funding through an accelerator program. It also features interviews with co-founders of AOL, Reddit, LivingSocial, MapQuest, 500 Startups and many more.

Reason worth watching: It empowers, educates, and inspires entrepreneurs globally.

The award-winning director Olivier Blaecke follows five entrepreneurs from the Founder’s Program at STATION F, over the course of 5 months, in their daily lives, from STATION F to San Francisco, and WebSummit.

Reason worth watching: Provides insight into startup life at STATION F, the biggest startup campus in the world.

A glimpse into the life of Zac Posen, a wunderkind in the world of fashion, chronicling the designer’s rise, fall, and rebirth. The fashion documentary is an excellent portrait of youth strength and determination when driven by passion.

Reason worth watching: This documentary shows how creativity, passion, and entrepreneurship led to the birth of one of the world’s most famous brands.

The first documentary about the crowdfunding phenomenon profiles three entrepreneurs, who succeed in making their hopes and dreams a reality with the help of strangers via the Internet. Additional feature: Kickstarter and GoFundMe are analyzed by industry experts.

Reason worth watching: Shows the power of crowdfunding in helping business or idea to get off the ground.

The documentary follows high school girls from around the world as competitors of the Technovation Challenge, aimed at designing, building and pitching a smartphone app that serves a social purpose. Overcoming stereotypes is the defining element in this documentary, as girls try to find their place in a male-dominated world.

WIRED takes us inside one of the world’s biggest startup nations, Israel. The documentary examines how the country’s unique political situation, technological advancements, and cultural diversity has made it home to some of the most innovative companies in the world.

Reason worth watching: It presents an example of a successful startup system; merging entrepreneurs, academia and government support.

“Bloomberg Risk Takers” series gives us a glimpse of Elon Musk, the man behind PayPal, SolarCity, Tesla, SpaceX, and Neuralink, as one of the technological leaders of the 21st century.

Reason worth watching: Big dreams and the determination to make them come true can take you even to Mars.

Over 100 changemakers around the world are asked how they use business to fix some of the world’s biggest problems, and how far their commitment to making a difference goes in creating the new wave of social entrepreneurship.

Reason worth watching: It demonstrates the potential of social entrepreneurship to radically change the world for good.

By the way: In order to hear about other interesting entrepreneurial stories, tech events and funding opportunities, please make sure to also subscribe to our weekly newsletter.

10 Netflix documentaries every entrepreneur should see

The favorite books of Jack Dorsey and Elon Musk