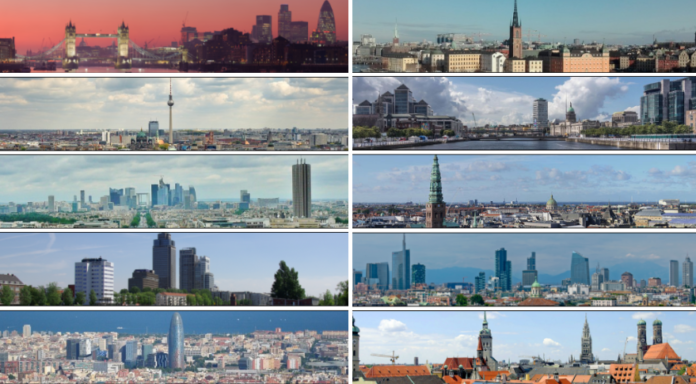 Since 2011, each year we’re publishing a ranking of Europe’s biggest startup hubs. The previous edition of this renowned ranking was published in October 2017. It’s time for the 2018 edition. Let’s see what has changed since last year.

In order to come up with the new ranking, we first collected the following info: a) The top 50 cities in relation to this year’s visits on EU-Startups.com – and the associated number of unique visitors; b) The number of startups registered for each of these European cities on CrunchBase (since the beginning of 2016); c) The number of startups registered on AngelList for each city. After that, we gave each of these numbers specific weights to get the right ratio. Overall, we applied the same algorithm to our list as in the past years. The number of unique visitors per city obviously received the lowest weighting, since this metric is clearly influenced by our editorial work.

Please note that the resulting ranking isn’t a final judgement about the real importance of each of these cities for the European startup world. It’s more like a mirror of the digital presence and visibility of these cities in the English speaking startup universe. Here you go:

Comparing this year’s results with our ranking of 2017, we found that the first 9 rankings have not changed. But Munich, which used to be number 11, has now moved up to number 10, while Milan moved down a notch. Helsinki went from number 12 to 13, while Lisbon, again, moved up and now ranks as number 12. Vienna, which ranks as startup hub number 16, almost reclaimed its position at number 15, but in the end, Zurich once again won the race. Maybe next year!

Again: Our ranking isn’t meant to be a final judgement about the real importance of each of these cities for the European startup world. Investment activities haven’t been measured either. But we think that the ranking above is a good indicator for recent developments and trends regarding startup hubs in Europe.

The 5 best countries in Europe for founders and startups

Time for money to sail after ideas, not the other way round!