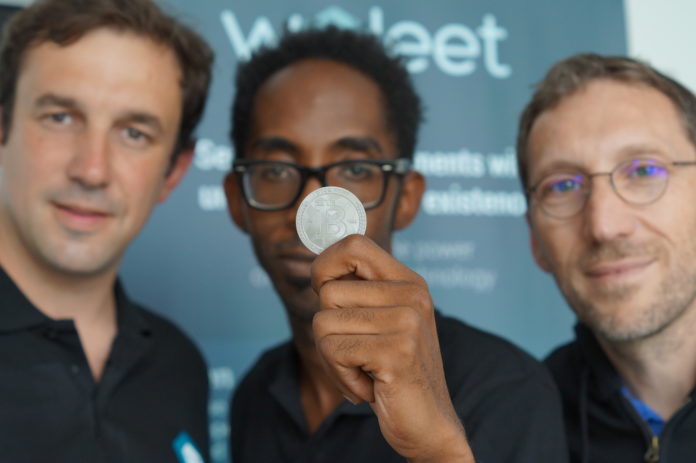 Paris-based blockchain startup Woleet has already won over several major companies, including Kering, EDF and Servier Laboratories with its blockchain data security solution. The startup is also targeting public players, and has started a collaboration with the government of the Bretagne region.

Founded in 2015, Woleet has just closed its first round of €1 million from OneRagtime, 50Partners, and Bpifrance. With the new funding, it aims to accelerate its commercial development and to develop new features that will enrich its signature proof solution.

Using Woleet’s technology, startups, SMEs, large corporations, and public entities can easily and quickly create certificates of authenticity and secure their transactions. The startup combines the advantages of timestamping (immutability, security and transparency) with those of the blockchain (a reinforcement of security and transparency, and an increase in speed).

Woleet uses blockchain’s immutability to easily secure your data. First, the startup calculates the numerical fingerprint of the data, then a Bitcoin transaction incorporating this data is issued and permanently integrated into the blockchain. This process makes it possible to obtain irrefutable and timestamped proof of the existence of verifiable transactions.

Woleet allows organisations to easily verify its data on its platform, by simply dragging and dropping on its web interface.

Stéphanie Hospital, founder of OneRagTime, said: “We were instantly convinced by the Woleet team, both by their vision and technical and commercial execution. We were particularly impressed by their contribution to the protection of sensitive data and secure exchanges, but also to their understanding and expertise with blockchain.”

Gilles Cadigan, CEO of Woleet, said: “The fundraising round will accelerate the distribution of the product but also help us to address the vertical markets such as banking and insurance, two sectors with very sensitive data to protect.”