10 European startups that are making our cities smarter 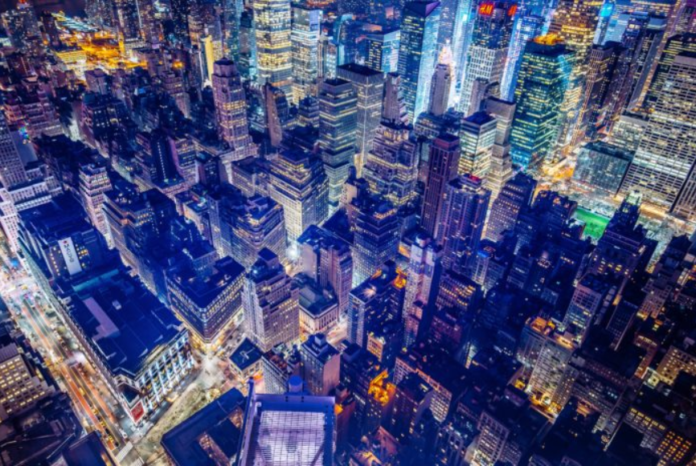 Cities grew in the 20th century, and are exploding in the 21st. By 2100, the UN projects that 80-90% of the global population will live in them – with an additional six billion people on the planet. With this rapid population growth and the problems that come with it – like pollution, waste, natural resources management, housing shortages, and transportation – cities around the world will face major challenges in meeting the needs of residents and providing public services.

Fortunately, technology is starting to help cities deal with these issues, and the new trend is for cities to become “smart”. Smart cities use information and communications technology (ICT) and IoT technology to foster sustainable development, improve the quality of life of residents, and encourage citizen participation and feedback. Smart cities utilise technology to monitor and manage everything from transportation to waste management, development projects, events, air and water quality, and to communicate with their residents. The smart city concept began in Europe, though it has taken off in US and Asian cities in recent years. Still, 12 of the top 25 smart cities are European, according to a study by the IESE Business School, with London, Paris, Reykjavik, and Amsterdam ranking among the top 10.

The market for smart urban services is estimated to be worth €350 billion per year by 2020, and new startups, apps, and government initiatives for smart cities are emerging to create ways for us to connect with the cities we live in and make them more sustainable. Below are 10 European startups that are helping to make cities smarter.

Public Square: Founded in Romania in 2014, Public Square is a community network startup that connects residents with each other as well as with local authorities, utility companies, and local agencies to improve the quality of city services. Its app uses geolocation to connect users to each other within their neighborhoods and build a sense of community. Local authorities can then directly ask communities for input on public services, for example about priorities, new services, or investment plans. Municipalities can also use the app to inform residents about local news and to send alerts about maintenance plans or events. Neighbours can also use the app to communicate with each other, to post classifieds, announce events, or even ask for help.

Mapillary: This Malmo-based startup has crowdsourced 392.6 million images of street-level imagery spanning 5.9 million kilometers to help companies and governments create better maps and extract geospatial data. Founded in 2013, Mapillary’s data is a resource for urban planning that can be used to evaluate and plan many aspects of a city such as street maintenance, transportation, accessibility, land use, and property appraisals.

Onhys: Onhys specialises in tracking the movement of people by simulating pedestrian behavior, providing a useful tool for urban planning. Founded in 2015 and headquartered in France, Onhys’ simulations help urban planners and other decision-makers to make informed decisions in their cities, with applications such as designing public transport, planning events or football games, improving traffic flows, and creating security systems.

Sigfox: This French IoT services startup offers range of smart city applications. To make cities more efficient and sustainable, Sigfox’s IoT sensors can be used to measure air quality, detect available parking spots, inform city services when a dumpster is full or a street light is out, and monitor municipal water facilities. It can also track bikes in city bike sharing networks through geolocation. Using a Low Power Wide Area network, the startup has also been able to significantly bring down costs and energy consumption for connecting IoT sensors to the cloud. Founded in 2009, the startup has raised €277 million to date.

Osoigo: This Spanish civic engagement startup has created a platform where any citizen can join and pose questions directly to politicians. The startup was founded in 2014 by Eneko Agirre after analysing the way politicians use social media. “I saw that 90% (of politicians) have an account on Twitter and other platforms. But in general they are not used as a means for real communication with the public,” Agirre told the newspaper El Pais. That’s when he came up with the idea to build a platform to promote dialogue between voters and politicians. So far, 487 politicians have signed up with the platform, giving over 6,000 responses to over 1,000 questions on social and political issues from Spanish citizens.

Peerby: Amsterdam-based Peerby is a sharing economy app founded in 2011 by Daan Weddepohl and Eelke Boezeman. The app connects neighbours so that they can borrow, rent, or sell goods to each other, eliminating the need for “everyone to own a power drill”. On why he founded Peerby, Weddepohl told the Financial Times, “The sharing economy will help us make better use of natural resources while having a richer life with access to everything we need.”

CityMapper: London-based CityMapper is an urban mobility app to help people get to their destinations giving step by step directions. The app is available in 39 cities around the world, and integrates all types of urban transit, including trains, buses, trams, walking, Uber, and even incorporates public bikes, e-bikes, and scooters. Founded in 2011, it was highlighted as one of the best apps of the year by both Apple and Google Play in 2016 and 2017.

Tier Mobility: Berlin-based Tier Mobility is an e-scooter startup that offers an alternative to public transport and cars for people to get around cities in an inexpensive, fun, and environmentally friendly way. Founded in 2018, Tier’s e-scooters are accessible through an app which you can use to locate a scooter, unlock it, and find your destination. The e-scooters cost €1 to unlock, and €.15 per minute to ride. For now, the e-scooters are only available in Berlin and Vienna, but the startup just raised €25 million to expand across Europe.

Enevo: The Finnish startup Enevo helps cities and companies handle waste management more efficiently by automating waste and recycling logistics. The startup uses sensors that provide real-time data on dumpster fill levels, so that they only need to be emptied when they are full. Helping cities to be greener, the company’s services also help clients to reduce their overall waste and increase recycling. Founded in 2010, Enevo counts among its customers the City of Amsterdam, and major international brands such as McDonalds and Burger King.

“The only formula of success is Business = Life”: Interview with Ajax Systems’ CEO, Aleksandr Konotopskyi