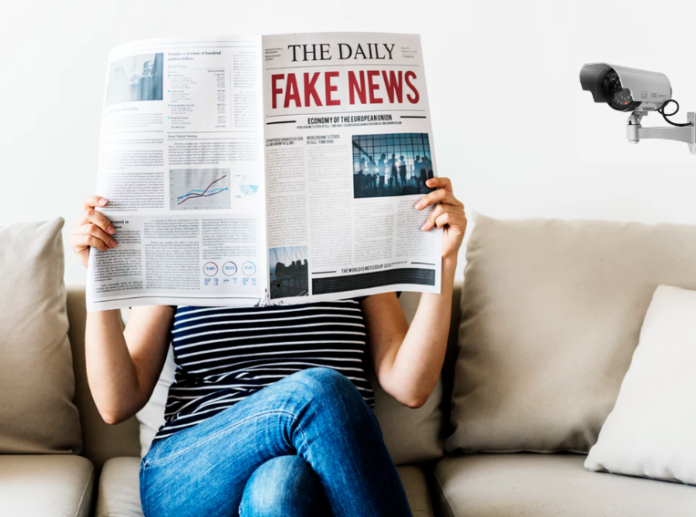 Fake news has been around for a very long time. Some may argue that it has always existed or, better still, that it came along at the exact same time as mass media. However, the need for finding a way to unmask it (especially via social media channels), has become more relevant than ever before. That is because, in the era of internet, news – and fake news as well – travels very fast and reaches more people than ever before. Also, the phenomenon of fake news becomes even more pressing if you consider that it has played a large role in swinging the results of the latest political elections and has most likely helped to handle the victory to populist parties across Europe and, even more evidently, to Donald Trump in the US. The Cambridge Analytica scandal has brought to light the fact that a ‘shadowy global operation’ might be at play to hijack democracy as we know it and that misuse of data during electoral campaigns is its weapon of choice.

Since the stakes are so high, actions have been taken to tackle the problem of fake news and data privacy breaches across the globe. In the US, efforts to fight fake news and disinformation online have been mostly thrusted upon corporates. However in Europe, the European Commission and national governments have jointly stepped in a number of ways. Their efforts include funding a number of media-related NGOs, fostering policy research, give free newspaper subscriptions to the youngsters, supporting trusted media institutions and subsidize non-dominant newspapers.

All these laudable deeds, however, are still not sufficient. Even the attempts of tech giant Facebook – partially responsible for the countless security breaches and unlawful propagation of big data by Cambridge Analytica – at damage control have yet to be proven effective.

Fortunately, European startups have come to the rescue and are developing tools to counter fake news narratives once and for all. We have listed 10 bright examples of startups that are disrupting the news industry either with technology or by building communities of gatekeepers to protect your data. All of these are leading by example in the battle against misinformation, fake news and data breaches.

Fabula AI: Founded in London, United Kingdom, just a few months ago, in April 2018, Fabula AI has an ambitious yet simple mission: eradicate fake news, for good. In order to do so, Fabula AI developed (and patented) Geometric Deep Learning – the first AI technology able to learn from social networks. This AI delivers unbiased authenticity scores for any piece of news, in any language. To achieve this, they have assembled a world-class team of data scientists at the forefront of AI, together with successful entrepreneurs and seasoned technology leaders. They have also already secured seed funding to scale their model and add APIs, allowing any platform or app to validate news – quickly, objectively and cost-effectively.

Logically has been already featured among the European startups fostering social change. This tech startup powered by machine learning has as its main mission to identify fake news and misinformation. The British company – that is in the process of launching its namesake platform – can already boast quite many titles: from “fake news search engine” to “the credibility layer to the internet.” In brief, Logically aims at using natural language processing, machine learning and human oversight to battle bias and misinformation in the news on any given topic. The Logically platform will ultimately act out as a filter and will make sure that users quickly consume information that is “credible, balanced with factual counterpoints and logically coherent”. Born in 2017, the company has already secured £1 million in seed funding.

Nwzer is the world’s first Artificial Intelligence & Blockchain-powered platform of Citizen Journalism. Citizen journalism is the collection and dissemination of news and information submitted by the general public, especially by the means of the Internet. Nwzer is a user-generated news agency that uses the so-called Wisdom of Crowds to source its news. In other words, this company plans to use high-end tech to give citizen journalism something it always needed: an extra layer of reliability. This Maastricht-based company also plans to give power back to those who consume news, the people, and – at the same time – to restore journalism’s goals and values of fairness and impartiality. By giving the power of creation and publication back to the news creators and by opposing advertisement-driven, quantity-driven business models trending in journalism, Nwzer is ready to challenge the traditional media status quo and to disrupt the news industry as a whole. In just one year of existence, this news agency is on its way to start alpha testing.

Right of Reply is a company providing technical solutions to the problems of cyber defamation and fake news. Right of Reply offers an innovative and patented service that provides a rapid,  low-cost, definitive, and legally sound solution to a particularly sensitive problem: counter the negative effects on a person’s reputation which has become the target of various forms of web content – whether it be in the form of articles, images, videos, blog comments, or web forums. Founded in 2016 in London, the startup has built a leading online reputation platform that addresses defamation issues, one individual at a time. In March 2018, Right of Reply Ltd. has acquired IT solutions company, BSS-ONE Dueenne Group, for an undisclosed amount.

Factmata: Contrarily to other startups in this list, Factmata doesn’t believe in replacing humans with unaccountable machines when it comes to fact-checking the news. For this reason it uses a combination of AI and a human community to build a better media ecosystem. The company has also developed patent-pending technology to deal with hate speech, propaganda, fake news and clickbait. This London-based startup was born in 2017 and is arguably the most popular of the anti-fake news tools existing on the market. The startup has already been backed by the likes of ‘Shark Tank’ star Mark Cuban who is funding the British venture for a million dollars. The startup has also closed a second seed round of $800K.

Userfeeds: The fake news problem emerged partially because social media allow users’ likes and engagement with content to make it “trend” across the internet. This means that the metrics quantifying online content’s popularity just systematically ignore potential inaccuracy and unreliability of this same content. This also means that simple bots boosting likes and engagement on a post can also boost attention towards potentially dangerous or completely fake news content. UserFeeds, a startup born in Warsaw, Poland, in 2017, uses blockchain technology to create a system in direct opposition to the above described “trending content” consumption model. The company is instead developing a platform for content networks that relies on “ranking algorithms” to discern the quality or attention-worthiness of information. In just one year, the startup has already managed to amass a whopping $800K in seed funding.

Bloomsbury AI is a company based in London that offers web services enabling individuals to create, use, and share text-understanding computer applications. The startup uses natural language processing (NLP) technology and has developed an AI called “Cape,” which can read documents and then answer questions about their contents. Bloomsbury AI was launched by Guillaume Bouchard, Tim Rocktäschel, Matko Bosnjak, Sameer Singh, Luis Ulloa, and Sebastian Riedel in April 2015 and has recently signed an acquisition offer for the ages: it was reportedly acquired by Facebook for a value between $23 million and $30 million.

FakeNewsGuard uses AI to detect fake news among the thousands of bits of information that crowd the internet. FakeNewsGuard works passively inside the browser checking every webpage that users visit and any link that ends up in their Facebook feed. The content is then analyzed by artificial intelligence combining a linguistic approach with network analysis. The final bit of analysis is left to a human. The result is a tool that is able to assess veracity of online content. The platform has also created and populated a blacklist of content to improve their AI tech. The company was founded in 2017 by Italian data engineer Mattia Spinelli and is based in London.

Digital Fingerprints is a company that offers to solve all of your authentication problems and dilemmas with one solution. Their solution is based on Artificial Intelligence and provides continuous authentication based on behavioural biometrics. Digital Fingerprints, has sworn off credentials, tokens and other methods of logging in to systems that they deem inconvenient and easy target of attacks such as session hijack or account and credential stealing. The company, that was founded in 2017 in Katowice, Poland, instead promises to continuously check the behaviour of users to react in case of a fraudulent action in order to keep your data secure at all times.

Trueinchain uses blockchain to track fake news and to flag it in just one click. The startup also aims at creating a community made of users that are experts in exposing fake news (debunkers), who will contribute to the activity of reporting. Trueinchain is an all-Italian startup founded by journalist Marco Franco, data analyst Nicolò Russo and marketing director Lorenzo Echeoni who are in the process of starting testing and are already looking forward to earn the title of “fakenewsbuster” on the field.

It’s not too late! 5 ways to think about your startup’s GDPR compliance

London-based SoftIron grabs €31.4 million to extend its storage solutions across EU, US and APAC