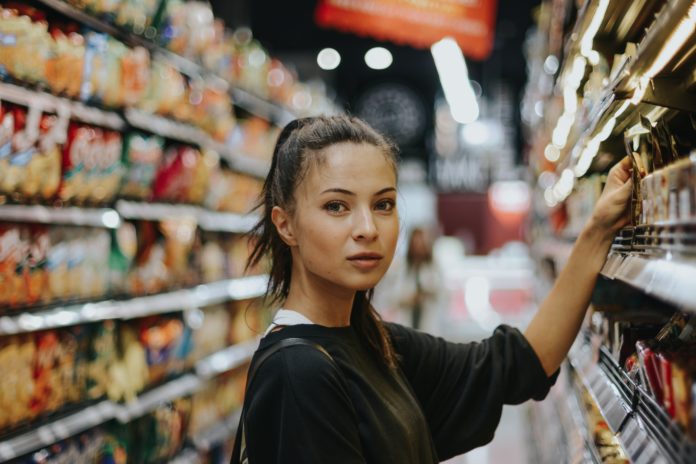 As the world changes, so do consumers. We’re constantly receiving input from all corners, and thanks to technology, consumers can access information within seconds. Developing consumer trends are deeply influenced by our ever-growing relationship with smartphones and the Internet, and the impact they have on our lives.

The year 2018 was filled with political turbulence, natural disasters, and gender and race inequality issues, as we learned about as we tuned in to our podcasts and Twitter feeds. Trends have shifted in a certain direction along with global events, and consumers also seem to “feel the pace of change”, according Sheryl Connelly, Manager for Global Consumer Trends and Futuring for Ford Motor Company.

To understand consumer trends we must understand the changes in the world at large, so let’s take a step back and look at 2018, and the largest headlines and stories that the entire world was following (mostly from our electronic devices):

In January, the year started with the whole world watching immigrants continue fleeing from war-torn Syria as they somehow marched their way to Germany and the Northern part of Europe, fighting for their lives in the blistering cold.

In February, the Olympic Winter Games were held in South Korea against the backdrop of tensions with North Korea over their nuclear missile program. That month was also the end of the Castro Era in Cuba, where Raul Castro stepped aside, ending a six decade government on the island.

In March, the Russian President, Vladimir Putin was reelected, meaning he is currently completing his fourth term.

In May, the first legislative and provincial elections in Iraq were held since the defeat of the Islamic State. A few days later, the whole world tuned in to watch Prince Harry marry US actress Meghan Markle at Windsor Castle.

The months of June and July were filled with excitement as Moscow held the World Cup 2018 in football. Sadly, this distracted public attention from the largest plastic wave in history, which washed ashore on the coast of the Dominican Republic after a drastic storm. Said to have been the largest wave of non-biodegradable material in history, it contaminated surrounding ecosystems.

November hosted the US midterm elections that put the president to his first serious electoral test, as well as the deadliest wildfire in the state of California’s history. The fire has stretched over 142,000 acres of land and killed over 60 people, while over 600 are considered missing.

In December, Venezuela will vote as it undergoes an economic crisis, Poland will host an environmental summit where key decisions are expected on the implementation of the Paris climate agreement, and after a two year delay, the Democratic Republic of Congo will be able to vote for the successor of president Joseph Kabila.

Why these (and many more) key events influence us as consumers is quite diverse and widespread. With our ability to follow, research, and update ourselves on anything we want to know about, we have access to information at the click of a button. And this is impacting our consumer behaviour. With all the natural and humanitarian disasters that we have experienced in this last year, the first and most important consumer trend for the upcoming year(s) is …

1. The Rise of Social Sustainability: Consumers are rethinking their consumption. We are monitoring our own behaviour more than ever to prevent plastic pollution, cut back on CO2 emissions, and to minimise our ecological footprint, and these sentiments are here to stay. Sales of reusable coffee cups and water bottles has taken off, plastic straws have been banned in many bars and restaurants, brands like Evian and Coco-Cola have promised packaging made of recycled materials, and the textile giants Adidas and Inditex pledge to commit to use garments made out of recycled ocean plastic. The more thought and effort is put into the production of an item, the higher the price, yet consumers show they are more than willing to pay for it.

2. Green Consumption and the Search for Value: Besides the plastic and the natural disasters that have been filling our newspapers, there are also a vast number of articles and documentaries about rising seas and declining animal populations. From free-range meat to vegan skincare products, millennials are driving the movement for sustainable consumption. Many brands have taken note, and are using this opportunity to make changes in their production and distribution of their products, as consumers show less loyalty towards brands, and more towards fair, clean and transparent production methods. Consumers are researching and comparing products, and are more aware than ever of what they are buying before they do so.

3. The Chemical Backlash: Food, skincare products, and new materials – the fight against added chemicals (of any kind) in our products is increasing in popularity. The benefits of organic products, transparency and natural beauty are not only trendy and “niche”. Big brands such as L’Oreal have noticed the excitement consumers are showing towards organic and vegan products without added conservatives and with top of the line branding, and have begun to create all-natural product lines that swear to be good for you and do go for the environment.

4. Experience-based Consumption: The forecast for how consumers buy and spend their money has changed, with a focus on their experience when consuming. Be it dining at a restaurant, online or in-store shopping, consumers seek a feel-good factor while doing so. Aware that it comes with a price, if its worth it, the price is secondary.

5. Health & Well-being: One of the skyrocketing trends consumers are following is health and wellness. Any opportunities for positively contributing to our well-being are sought after. The downloading of apps that focus on meditation, nutrition, work/life balance, personal fitness, and even supposedly creating a higher life expectancy are exploding and consumers are keen on giving their all to better their ways for good.

6. Multicultural Consumerism: Minorities have more economic clout, and ethnic trendsetters have inspired thousands of individuals to crave a more diverse offering of products on the market. Beauty brands in particular have completely diversified their offering and adapted their products to almost any shade of skin, body type, or hair thickness.

7. New Attitudes to Growing Old: Age boundaries are increasingly being blurred as we postpone something called “old age”. Senior citizens are finally proving that they are just as capable (or even more so) in living their lives to the fullest as younger individuals are – and it’s not lost on companies that this demographic has more to spend on this pursuit. The media has highlighted this trend, showing seniors skydiving, strutting down a runway, lifting heavy weights with their gym mates, or being filled by wanderlust and never looking back. The idea that one needs to look young forever is slowly vanishing, and the appreciation of faces that are able to tell stories is on the rise. Many tech startups have been figuring out ways to support seniors in living a fulfilled and fit life, even after retirement.

8. People Power: The impact of social media is stronger than ever. Users have a “voice” and can sit back and watch the comments without ever having to reveal their identity, though this has had some negative consequences, as well. A while back, Twitter had to deal with accusations about not being strict enough with their anti-bullying rules and guidelines. Meanwhile, TripAdvisor has been blamed for allowing restaurants to be rated with false reviews, as anyone has the power to “suggest” and give feedback via word of mouse. Yet, users of digital devices have the power to influence the popularity of products and services, and access information about whatever they want, whenever they want, from other consumers. Consumers no longer look to brands as the primary source of information – they read forums, blogs or watch tutorials in order to find a  product with the perfect fit.

9. New Types of Lending Emerge: Until now, we were used to borrowing money at certain time in our lives. For instance right after high school for (mostly) citizens of the United States, in order to afford a well-known college or university. After that, there’s the urge to start a business, which is often the second time in our lives we spend money we don’t have. The third time would be when buying your first own apartment or house, and then to lease your first nice car, and so on… All of these loans come with high interest rates and outdated terms and conditions, yet there has been a dramatic slowdown in traditional lending as new types emerge. A good example is peer-to-peer lending, also known as crowdlending, which is the practice of lending money to individuals or businesses through online services that match lenders and borrowers. The interest rates get set by lenders who compete for the lowest rate on the reverse auction model or fixed by the intermediary company on the basis of an analysis of the borrowers credit. And for investors, crowdlending tends to be less volatile than investing in the stock market.

10. Mobile Cocooning: A major consequence of the growth in mobile web use is that the trend towards cocooning – the home-centred lifestyle that characterised the early part of this century – has given a way to mobile or individual cocooning, whereby consumers are immersed in their own digital world anywhere at any time. Our current love affair with social media fuels data creation, and we are constantly connected in a society that has come to rely on digital devices for everything. Smartphones have become widely accessible (36% of the global population owns one) and more than 3.7 billion people have access to the internet, signifying an increase in e-commerce and other web-based services.

AI is now all around us, and most of us are already completely accustomed to it. For example, AI is helping Twitter to overcome human biases in detecting online bullying. Chatbots raise another question – they are a great way to easily connect with a consumer and make them feel like their problems are solved and questions are answered immediately – but brands must question whether the suggestions that chatbots provide are appropriate to the needs of each customer.

The amount of data we produce daily is truly incredible, yet the amount of information we humans have (free) access to is even more unbelievable. Over the last two years alone, 90% of the data in the world has been generated, and Google now processes over 40,000 searches per second. This is more than mind-boggling and shows how the needs of consumers in the future will continue to evolve to a society that heavily relies on digital devices and applications for every-day assistance.

While we are ever more social on social media, we have begun to lack communication skills and tend to even miss out even on things going on around us, because we are either immersed in a digital game, a scroll through our latest feeds, or have completely muted our surroundings by plugging in headphones. A new type of awareness is arising, yet awareness in a sense of getting fed information by our devices – because nowadays being “shut off” from the world does not happen when we are fully emerged in a video we are watching on Youtube, being “shut off” is rather not having a charged phone battery and therefore not being connected.

To stay up to date regarding tech trends, startup events and funding opportunities, make sure to subscribe to our weekly newsletter now! 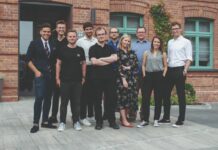 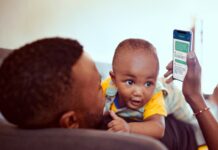