Sky is not the limit: 10 European space technology startups to watch in 2018 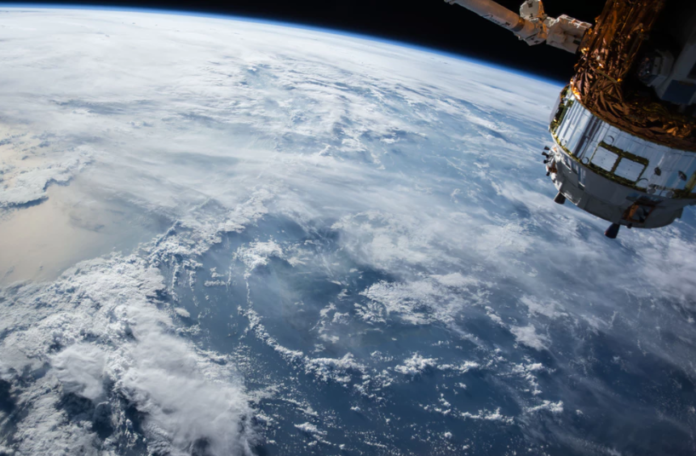 Space technology is booming. In the first quarter of 2018 alone, nearly $1 billion was invested in the sector, while Europe is slowly and steadily catching up. Take a look at the 10 European space-related technology startups we’re presenting you below. We have focused on promising startups that have been founded no later than 2015. Here they are:

Anybotics is a Swiss startup founded in 2016 by Hanspeter Fässler, Marco Hutter and Christian Gehring. The startup is a spin-off from ETH and provides solutions for a new level of mobility and interaction capabilities for robots to step out of the factory floors. They develop the market for highly mobile legged robots operating in challenging environments. The next major step in robot evolution will see robots leaving the structured factory environment. This requires versatile and highly mobile mechanical devices to move and operate autonomously in unstructured environments, collaborating with humans where needed.

InsightArt is a Czech startup founded in 2016 by Josef Uher and Jan Sohar. The core of their work is analysis of paintings and other art pieces using X-ray imaging. They use the best available X-ray imaging cameras that count individual photons of X-rays passing through the studied object. Even more, these cameras also measure wavelength of photons. That is unprecedented technique in art studies that allows identifying different types of materials (pigments) in images.

Kleos Space was founded in 2018 and is based in Luxembourg. The startup was created by Magna Parva Ltd to develop the Geolocation Intelligence Data Service and over a longer term market disruptive in-Space technologies. Kleos will launch and operate satellite infrastructure that will generate commercial ISR (Intelligence, surveillance, and reconnaissance functions) and geoservices data, and sell DaaS internationally via subscription to government agencies, the intelligence community, end users, or businesses interested in locating threats, assets, targets or emergency beacons/those in distress. In 2018, Kleos Space raised €1,400,000.

OpenCosmos was founded in 2015 in the United Kingdom by Rafael Jorda Siquier. Driven by the vision of making space accessible to anyone, the startup provides simple and affordable space missions. Open Cosmos went from design to delivery of qb01, their first nanosatellite, in only four months, followed by a launch and deployment in LEO early April 2017. They are currently working with innovative payload developers towards in-orbit demonstration and constellation deployment to enable services ranging from remote sensing to maritime domain awareness and machine-to-machine communications.In April 2018, Open Cosmos raised $7,000,000.

Serelay is a startup based in the United Kingdom that was founded in 2017 by Roy Azoulay. The young company is establishing the industry standard for trusted media capture. Serelay provides camera capture functionality on mobile devices, when enables media to be queried for authenticity of content and metadata. In practice, this means that it is possible to understand if an image or video has had a byte of metadata altered or a pixel of content changed. In 2018, Serelay won the Thames Valley Tech Awards.

SnapPlanet is a French startup founded in 2017 by Jérôme Gasperi. The company provides an easy, affordable and enjoyable access to Earth Observation data to empower citizens, journalists, scientists to tell stories from a higher perspective. At its core, SnapPlanet provides a “photographic centric” mobile application to create beautiful images of the Earth from space within seconds, thanks to the freely available ten meters Sentinel-2 imagery. These data ensure a free high-resolution snapping service for all users.

Stecnius is a German startup founded in 2017 by Georgi Anastasov, Vladmir Kondic and Giorgi Khubua. Their solution is designed to motivate people to maintain a healthier lifestyle, be active, and always know how to improve themselves. Solos offers users a personal assistant that helps them train correctly and avoid injuries. Their first goal is to revolutionize fitness and physiotherapy studios. Stecnius then plan to extend our system to other sports, like dancing and boxing. Ultimately, they want to bring Solos into users’ homes to help them stay in shape and live healthier lives.

Stratio Automotive is a Portuguese startup founded in 2017 by Ricardo Margalho and Rui Sales. The startup transforms vehicle data into predictive intelligence. Stratio acts as a technology provider to transport companies that need to manage efficiently their transport fleets. Stratio is boosting the next revolution in the transport industry. Their technology empowers fleet operators as well with predictable operations, communicating vehicle failures before they happen. Early fault detection allows operators to monitor vehicle health in real-time, decreasing downtime and reducing Total Cost of Ownership.

Vaonis is a French startup based in Montpellier, France that was founded in 2016 by Cyril Dupuy, a young entrepreneur passionate about the astronomical instruments. The young company designs and manufactures high quality and innovative telescopes, that are transportable, simple to install, easy to use and made in France. Their mission is to make people discover the wonders of the universe. Through innovation, they want to make astronomy an activity for everybody.

WxFUSION is a German startup founded in 2016 by Dr Arnold Tafferner and Dr Caroline Forster. Its central mission is to make innovative thunderstorm information accessible to the market. The company does not, however, limit itself to a technology that puts to work current research results from cloud physics and traffic meteorology for aviation: It also aims to develop new methods to increase the societal applications of this technology. By opening up its technology to additional target groups – such as civil defense, agriculture, and large-scale event planners – WxFUSION hopes to make lives just that much safer.

Gapur Tsorojev
Gapur lives in Paris, is passionate about entrepreneurship and took part at the European Innovation Academy. He is also the founder of The VC Review.
RELATED ARTICLES
Estonia-Startups

Estonian startup UP Catalyst to start producing oxygen on Mars, with support from the European Space Agency

10 promising Luxembourg-based startups to watch out for in 2021