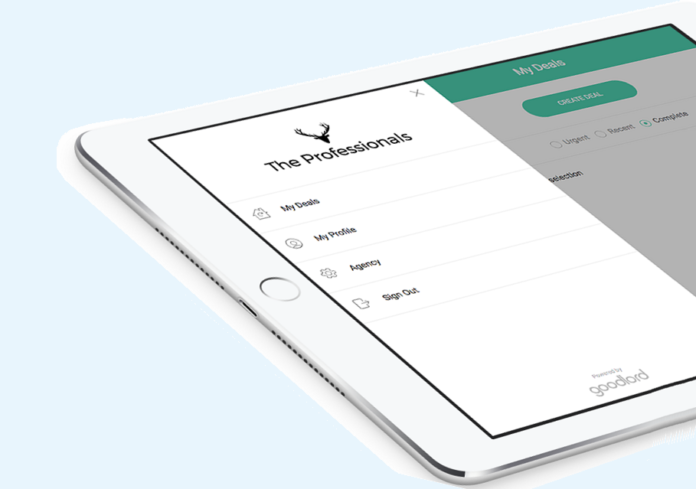 Goodlord, one of the UK’s leading property technology startups, has today announced the successful close of a Series B funding round. Following on from its 2017 £7 million Series A round, the business has now secured a further £7 million of funding, with the latest round led by new investor Finch Capital, supported by existing investors, Rocket Internet and Global Founders Capital.

Founded in 2014, Goodlord’s software platform allows letting agents to streamline the tenancy application process in one place and includes digital contract generation and signing, comprehensive referencing, and further products and services such as landlord and tenant insurances, utility and media-switching services.

The new funding will be used to build new products, grow its customer base, and invest in the further development of Goodlord’s proprietary technology to achieve its mission of making renting simple and more transparent for letting agents, tenants and landlords.
Goodlord has been successfully guided through a period of change and growth by its new CEO, William Reeve, a well-known technology entrepreneur and angel investor. Reeve, who co-founded LOVEFiLM, and has been involved with other successful tech businesses including Graze.com, Secret Escapes, and Zoopla. Since Reeve’s arrival in January 2018, the business also appointed a new CTO, Donovan Frew, and has rolled out a variety of improvements to its technology. It is on track in 2018 to grow its tenancy volumes by over 90% and its revenues by around 80% over 2017.

Commenting on the capital raise, ​William Reeve, CEO of Goodlord, ​​said: “Renting is one of the world’s oldest markets, but thanks to Goodlord it is now changing rapidly to make the process efficient and more transparent. With this new funding we will continue to pioneer a better, simpler and more transparent approach – one tailor-made for Generation Rent. We are delighted to have attracted Finch Capital as an investor and have the support from existing investors, ​ Rocket Internet and Global Founders Capital​.”